Price includes:
Accommodation
All meals
A local birding guide
All park, conservation, and entrance fees
Excursions and activities as detailed in the itinerary
Transport by minibus or converted 4 x 4 safari vehicle with professional safari guide

This tour is designed to give you the opportunity to experience the real Africa, given only about a week. Where else can you see Leopard, Cheetah, Lion, and a hundred spectacular birds in a single day? Where else can you see Africa’s highest mountain (Kilimanjaro) and two of the world’s most famous game parks (the Serengeti and the spectacular Ngorongoro Crater) within 24 hours of arriving in Arusha?

We begin this tour at Kilimanjaro International Airport near Arusha. Flying into this airport, weather-permitting, you might get excellent views of Africa’s highest mountain. From here we visit the Lark Plains north of Arusha for some very localized species, including Beesley’s Lark and Pink-breasted Lark. We then head to the spectacular Serengeti National Park, which not only has high densities of big mammals such as Lion, African Elephant, and all the others but also a number of highly sought-after birds that we’ll look for. These include some very range-restricted species such as Karamoja Apalis, Fischer’s Lovebird, Rufous-tailed Weaver, Red-throated Tit, Grey-crested Helmetshrike, and a range of others, along with a lot of more-widespread African birds. We then visit the famed Ngorongoro Crater. Finally, we spend a little time at Tarangire National Park, where we look for Northern Pied Babbler, Yellow-collared Lovebird, Ashy Starling, and other range-restricted birds among a very high concentration of African Elephants and Baobab trees. All in all, Northern Tanzania has quite a number of range-restricted species, and we hope to find many of them.

For this trip we can also arrange private departures. We recommend combining it with

1) a tour of the Eastern Arc Mountains, which boast many Tanzanian mountain forest endemics, and

2) a short extension to Pemba Island. Pemba Island is wilder than Zanzibar and has some endemic birds.

Day one of this tour is certainly an exciting one as we arrive in northern Tanzania, weather-permitting with views of Africa’s highest mountain, Mount Kilimanjaro, rising out of the vast African plain below us. With Mount Meru as a backdrop we will search the Lark Plains for the Critically Endangered (IUCN) Beesley’s Lark (less than 200 remaining) along with a host of other lark species, including Pink-breasted, Foxy, Short-tailed, Athi Short-toed, and Rufous-naped Larks. Other species for which to keep an eye out on the plains include Kori Bustard, Greater Kestrel, Temminck’s and Double-banded Coursers, Yellow-throated and Chestnut-bellied Sandgrouse, Abyssinian, Isabelline, and Capped Wheatears, Taita Fiscal, and many others. Many of the Serengeti-type birds can also be found here in the grassland and whistling-thorn habitat. Red-throated Tit is possible, as are some fine barbet species. We also hope to see our first mousebirds in the form of White-headed Mousebird. Colonially nesting Grey-capped Social Weaver is always a delight (along with White-headed Buffalo Weaver), and we may see (and hear the loud call of) Nubian Woodpecker. Other species to look out for in the woodlands include Mouse-colored Penduline Tit, Red-fronted Warbler, and Rosy-patched Bushshrike. After birding this area we eventually head to Arusha for the night (depending on flight arrival times, sometimes we bird the Lark Plains the next day).

We embark on a spectacular journey that few people would ever forget. We head out from Arusha to Serengeti National Park, having lunch (being careful not to have your food taken from your hands by opportunistic Yellow-billed Kites) on the rim of the Ngorongoro Crater on the way. If you’ve never been to Africa before, you’re likely to be amazed by African Elephant, African Buffalo, and the sheer number of bird species. After an exciting drive we’ll eventually reach the Serengeti, where we enjoy the huge and impressive wildebeest migration, not to mention the thousands of Plains Zebras and Thomson’s Gazelles. Other megafauna that we’ll search for include Topi, Common Eland, Oribi, Bohor Reedbuck, and Masai Giraffe. This is one of the best places on the planet to see big cats – we’ve sometimes seen Lion, Leopard, and Cheetah in a single day, as well as some of the smaller cats such as Serval and Caracal. Finding a kill should allow us to see a good number of vulture species, such as Rüppell’s, White-backed, Lappet-faced, White-headed, Egyptian, and Hooded Vultures.

Birds of prey are everywhere, including the most colorful of the world’s eagles, Bateleur. Secretarybird regally roams the plains searching for its serpentine prey, while Common Ostrich tries to be regal but without much success. Smaller birds are everywhere, and so many of them are brightly colored – such as Blue-cheeked Bee-eater, Purple Grenadier, Lilac-breasted Roller, Hildebrandt’s Starling, Yellow-collared Lovebird, Beautiful Sunbird, and many others. Interestingly, the Serengeti is home to quite a few extremely localized bird species. One of these is Karamoja Apalis, which favors the weird whistling-thorn habitat that we’ll visit for this species; it only occurs here and in a tiny part of northern Uganda (it has a strangely disjunct distribution). Red-throated Tit, Fischer’s Lovebird, and Grey-crested Helmetshrike are other range-restricted species we will look for in the Serengeti. Another important target bird here is the Tanzanian-endemic Rufous-tailed Weaver. The huge Kori Bustard can be seen roaming the grasslands throughout the Serengeti plains.

The forested sections of the crater rim will be birded, looking for localized specials such as Golden-winged Sunbird, Brown-headed Apalis, and the curious Oriole Finch which we may be lucky enough to encounter here too. The prehistoric-looking Schalow’s Turaco adds a spectacular flash of crimson and green, and, if one gets a good view, its spectacular crest leaves even a hardened birder gobsmacked. Grey-capped Warbler is one of those more widespread, characteristic East African species we may also encounter here. Other species to look out for include Eastern Double-collared Sunbird, White-eyed Slaty Flycatcher, Brown-backed Woodpecker, Montane White-eye, and Thick-billed Seedeater.

Descending into the crater floor is truly an unforgettable experience. There’s a very high density of Lion and large herbivores, some of them seemingly trapped by the natural enclosure formed by this huge, nicely intact caldera. About 25,000 large mammals, which also include Black Rhinoceros and a pool with Hippopotamus, inhabit the crater floor. With luck we might also see some of the smaller predators, like Serval, Bat-eared Fox, and African Golden Wolf, which was formerly classified as an African variant of the Eurasian Golden Jackal but now is thought to be more closely related to the Grey Wolf. As always, however, our main focus is on birds, although we stop for the other wildlife too, and we expect many additions to our growing bird list – Lesser Flamingo, Grey Crowned Crane, Abdim’s Stork, Pallid and Montagu’s Harriers, Black-bellied and Kori Bustards, Pectoral-patch Cisticola, Dusky Turtle Dove, Rosy-throated Longclaw, and many others are expected.

The large African animals, spectacular birds, and stunning scenery combine to make this one of the most incredible wildlife experiences on earth; the rim of this crater rises an incredible 600 meters (2000 feet) above the plain at the bottom (which has a diameter of 24 km (15 miles).

Overnight: a lodge on the crater rim with spectacular views onto the floor far below

Day 5. Onward to Karatu with a possible visit to Lake Manyara National Park

We may have time to visit Lake Manyara National Park today, where we usually add quite a number of birds to our list. In the forested areas we’ll be on the lookout for Narina Trogon, Crowned Eagle, Crested Guineafowl, Crowned Hornbill, and the huge Silvery-cheeked Hornbill, among others. In the more open woodland we should hopefully find Ashy Starling, Spotted Palm Thrush, Red-and-yellow Barbet, Banded Parisoma, Isabelline Shrike, Steel-blue and Straw-tailed Whydahs, and Purple Grenadier. The shallow alkaline lake will be visited to enjoy the huge flocks of both Greater and Lesser Flamingos along with Great White Pelican, the massive Goliath Heron, and many other ducks, storks, and herons.

Today we will visit Gibb’s Farm, which is a great place for lunch and to add new birds to the growing list. Afterwards we continue to Tarangire National Park, a breathtaking place of red (because of the soil) elephants, baobabs, savanna-clad hills, and wild rivers: the real Africa as far as scenery goes. Here at magnificent Tarangire National Park we have some localized northern Tanzania specials and endemics to target: Yellow-collared Lovebird, the long-tailed Ashy Starling (but duller than the much more widespread Superb Starling), and the charismatic Northern Pied Babbler, which we usually manage to find rather easily. In Acacia woodlands around the park we should encounter Von der Decken’s and Northern Red-billed Hornbills, Yellow-necked Spurfowl, Bearded Woodpecker, Abyssinian Scimitarbill, and many others. We may also come across larger terrestrial birds like Secretarybird, Hartlaub’s and Buff-crested Bustards, and the massive Southern Ground Hornbill, while Common Ostrich puts them all to shame as far as size goes.

Unfortunately today marks the end of an incredible eight days around northern Tanzania. We will make our way to Kilimanjaro International Airport, just outside of Arusha, from where our flight will depart. 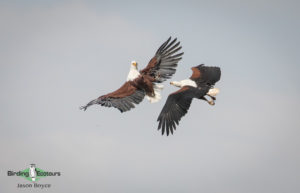 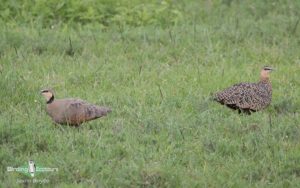 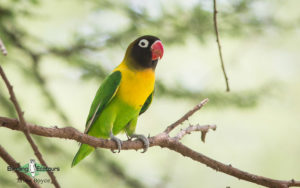 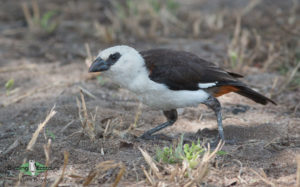 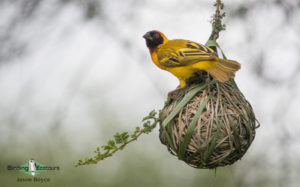 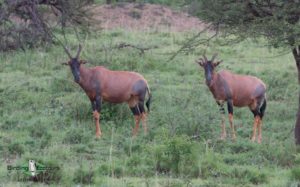 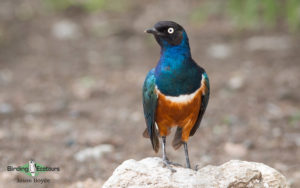 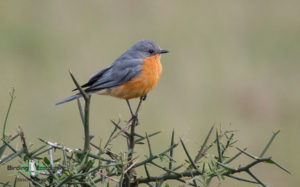 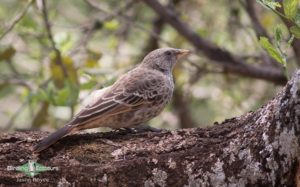 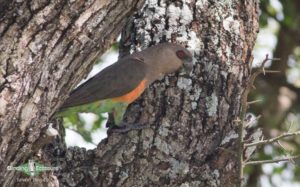 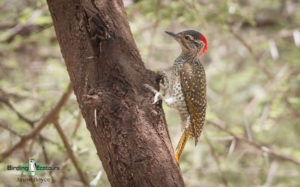 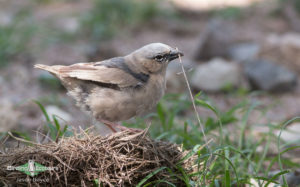 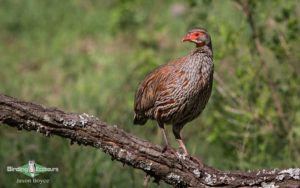 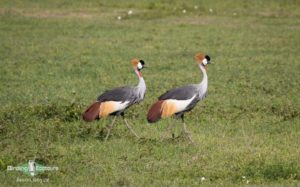 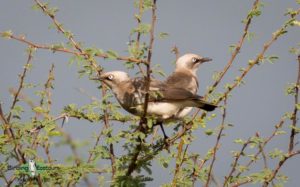 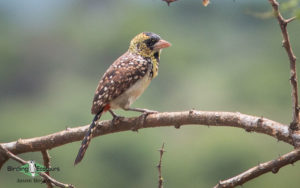 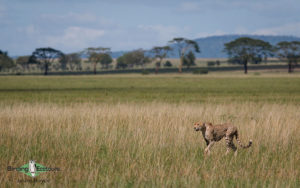 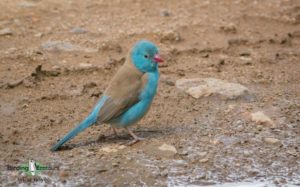 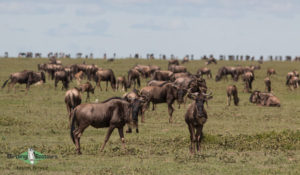 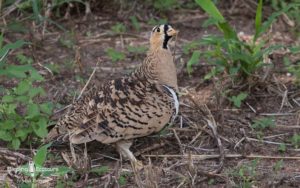 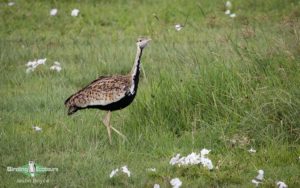 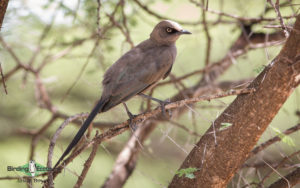 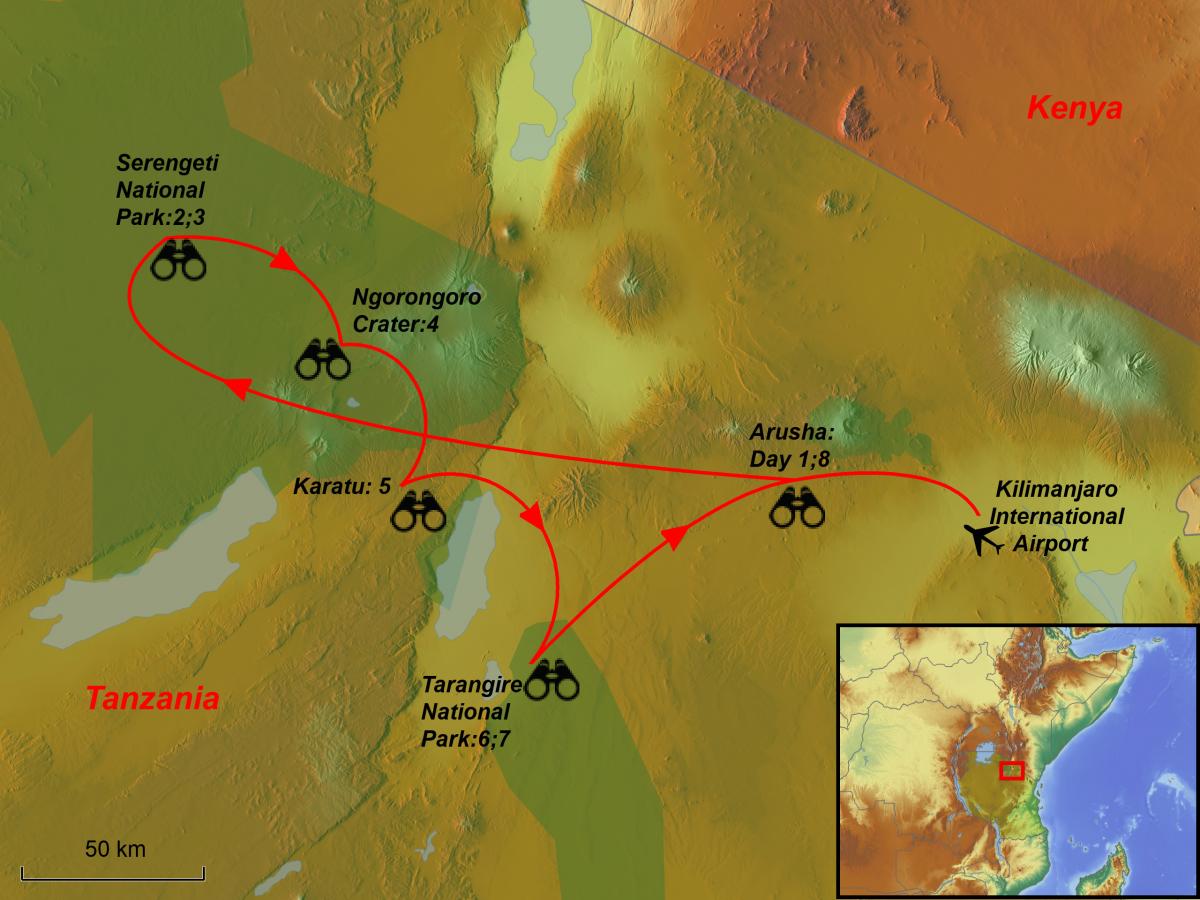