Have you ever spent over 10 minutes on an infamous skulker, just sitting patiently, waiting for it to give you the briefest of glimpses? OK, OK, of course. But, have you ever waited over an hour? What about three or four hours over the course of a couple of days … and then still not seen it? Well, of course you have, you’re a birder! Birders wait, patiently, for skulkers to show, and they generally never do!

Recently I had the privilege of seeing (yes, seeing!) one of South Africa’s near endemic skulkers, the infamous Barratt’s Warbler. 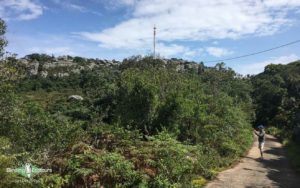 One of my personal favorite birding locations is the little-known forest and rocky grassland-covered hilltops of Mariepskop in the Mpumalanga province, South Africa. My family and I took a drive to the top one morning (high-clearance vehicle recommended), and as expected the piercing calls of Barratt’s Warblers rang throughout the dense undergrowth lining the road, drowning out in the process any attempts of vocal seduction made by those sharing the neighborhood.

Persistence is key – give or take 10 minutes, a semi-strained neck, torn hamstring, and an eventual sigh of relief one can often be afforded with views not too dissimilar from these: 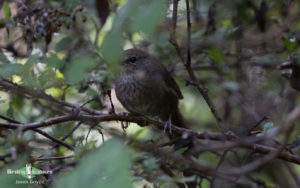 In my experience most birders are elated to get looks like this!

Barratt’s Warbler is found in a variety of dense vegetation, often in bracken (Pteridium spp.) and heath (Erica spp.) along streams. Slowly but surely the single bird that we had locked our sights on began to emerge from the cover of darkness, and, sure enough, we were treated to heart-stopping views of an unusually confiding individual, singing his little lungs out in the tiniest of gaps among a network of intricately tangled branches. To this day I am still not quite sure as to whether this specific bird thought it was a Cape Robin-Chat, a Drakensberg Prinia, or perhaps even a Cape Sparrow (“Gasp! Jason, how could you?!” – yes ma ‘am, he was that showy!). 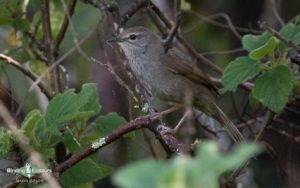 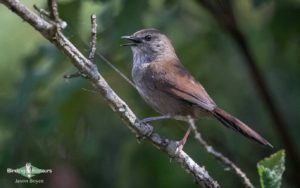 If I had told you that all of this happened within a time span of 30 minutes I think you would quite possibly feel just as overwhelmed as my father and I had been! This notorious skulker had finally revealed itself to us, showing off all its characteristic features while bathed in the most subtle shades of the Mariepskop dawn. This species tends to move around quite a bit (as those of you who have seen it will know), which means snapping pictures always takes a fair amount of patience – and of course a whole heap of luck! 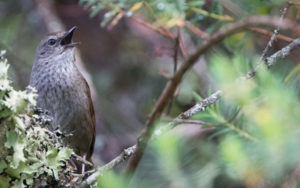 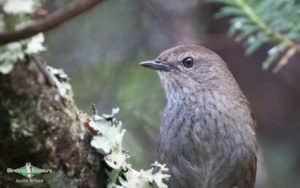 Absolutely beautiful to see that light, faint streaking up close, a feature that is not often seen under the cover of the darkness within the densest of bracken and ferns.

As keen photographers ourselves, the Birding Ecotours tour leaders love to spend time snapping pictures of some of the tougher species encountered on our tours, such as francolins, warblers, flufftails, and a host of other beauties. Let us know where you would want your ideal bird photography tour to take you and ask us how we can help turn this into reality! 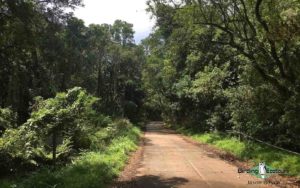 The Mariepskop forest – join us for some great birding here!