Birding the Bay of Pigs

The Bay of Pigs is an area located in the inlet of the Gulf of Cazones, part of the Zapata Peninsula, on the south-western coast of Cuba. This bay is the exact point where CIA-trained troops, with President Kennedy’s backing, landed in 1961 to invade the country and try to change Fidel Castro’s government. The troops did not succeed in trying to form a beachhead, because the Cuban army ended the invasion in less than three days.

War history aside, this place has to be admired for its outstanding nature and rich biodiversity. It is one of Cuba’s biosphere reserves. The Bay of Pigs is a bona fide destination for the practice of scuba diving and snorkeling. The whole area is composed of beautiful beaches, among which Playa Girón and Playa Larga are outstanding. Coral reefs extend to barely 50 meters from the shore, sheltering a wide marine life. In matters of wildlife, this territory is brimming with reptiles, mammals, and of course birds.

Many visitors go explicitly in search of birds. There is a wide selection of tourist facilities at Playa Larga on the Bay of Pigs, which are on the doorstep of the main birding locations. This is the spot with the most abundant birdlife in the entire West Indies. About two thirds of the total of bird species of Cuba can be found here. To mention only a few examples, Zapata Rail, Zapata Wren, and Zapata Sparrow are the three endemic birds of Cuba with the most limited habitat worldwide. 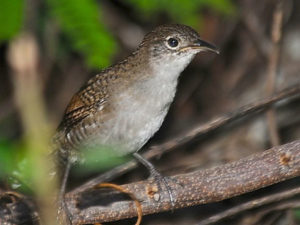 Among the island’s 28 endemics you will also find the charming Blue-headed Quail-Dove and Grey-fronted Quail-Dove. Although they are not restricted to the island of Cuba, Ruddy Quail-Dove and Key West Quail-Dove are also worth mentioning, as they appear in large concentrations all year long. Lucky you if on a single tour you are able to see all four quail-dove species!

The entire area can be considered a paradise for birders. Try to find Giant Kingbird and the Santo Tomás rare triad of Zapata Rail, Zapata Wren, and Zapata Sparrow. Help in raising awareness for the protection of these birds, which all are on the IUCN Red List of Threatened Species. This habitat is a protected area and also a national park. To enter the park it is necessary to hire a guide, of which there are many living in the municipalities near the Bay of Pigs.

As the largest wetland in the entire insular Caribbean, the Zapata Swamp National Park (which includes the Bay of Pigs) is awash with coastal life and species that populate the marshes, swamps, and dense forests inland. Watch on the shores, beaches, and lochs of the area diverse flocks and populations of Neotropic and Double-crested Cormorants, Roseate Spoonbills, Green Herons, Sandhill Cranes, American White and Glossy Ibises, Yellow-breasted Crakes, and Belted Kingfishers. At the west of the bay, in areas of salt flats, the pink American Flamingos gather in groups. 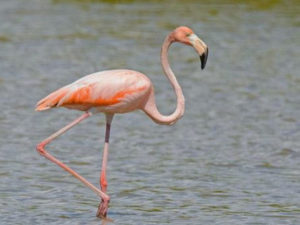 This is also an area for migratory birds coming from North America. Between December and April it welcomes a number of foreign birds, particularly warblers. American Redstarts, Northern Parulas, and Magnolia and Black-throated Blue Warblers flutter around during the migration season. And what about birds of prey? The area is also brimming with them; American Kestrel and the endemics Gundlach’s Hawk and Cuban Black Hawk are some examples. Numerous owl species live here like the endemics Cuban Pygmy Owl and Bare-legged Owl and others like Stygian Owl, and the area-endemic Antillean Nightjar also occurs. 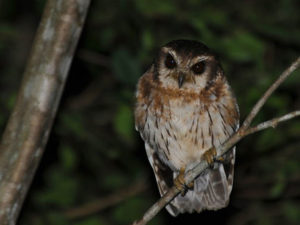 The Bay of Pigs, alongside with the entire Zapata Swamp, is a home for woodpeckers too. Find them nesting in old palm holes or other tall trees. West Indian Woodpecker, Cuban Green Woodpecker, and the rare Fernandina’s Flicker are the local highlights, although the latter is very hard to spot. 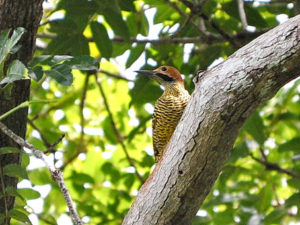 In addition the ever-present Cuban Trogon (Cuba’s national bird) and Cuban Tody with its unmistakable song delight the avid photographer with their colorful plumage. Here you can also see the smallest bird in the world: Bee Hummingbird can be spotted even in the garden of the houses or hotels! With its buzzing flight from flower to flower it is a pleasure to admire the bright red and blue of the males and the bluish green of the females. Finally the gracious and impressive Cuban Parakeet inhabits these woods as well as the Cuban Amazon with its vivid-green plumage. 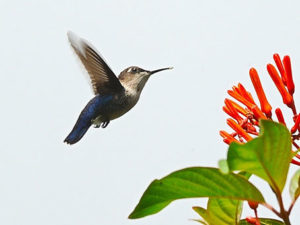