Field Guides to North America: what to take into the field

Field guides covering North America, in this context, include Alaska, Canada, Hawaii, and the Lower 48 of the United States. This blog does not include field guides to Greenland, Bermuda, Mexico southwards to the Panama Canal (which is instead covered in our neotropical region). The Sibley and National Geographic guides cover Canada and all 49 mainland US states (but exclude Hawaii).

The Sibley Guide to Birds, Second Edition (Sibley). This guide covers 923 bird species, including all the regularly occurring species in North America as well as most vagrants with more than one record. Birds with only one record in the region are excluded. This guide covers Canada and all 49 mainland US states (but excludes Hawaii). Since there is only one artist, there is great consistency in the (extremely high) quality of the paintings, which are both beautiful and practical. Sibley thoroughly depicts each species with separate male, female, and juvenile plumages as well as paintings of each species in flight. Concise written descriptions accompany each painting, usefully positioned near key field marks to ease identification. Range maps include separate shades for resident, summer, winter, and migratory ranges. An expanded text includes information on habitat and voice descriptions as well as tips on finding birds in the field. The team at Birding Ecotours is also glad to endorse the app (Sibley e-guide), which has all the bird calls (the “Lite” version of the app is not recommended, though).

By the way, we do not like the separate Eastern and Western versions of North American field guides because they are not substantially more practical and compact for carrying into the field than the standard versions, and we’d rather leave more space on our shelves for a foreign guide or other bird book (rather than two overlapping North American ones). It’s more convenient just to have the full Sibley guide that will cover your birdwatching whether you are in California, Kansas, or Maine. 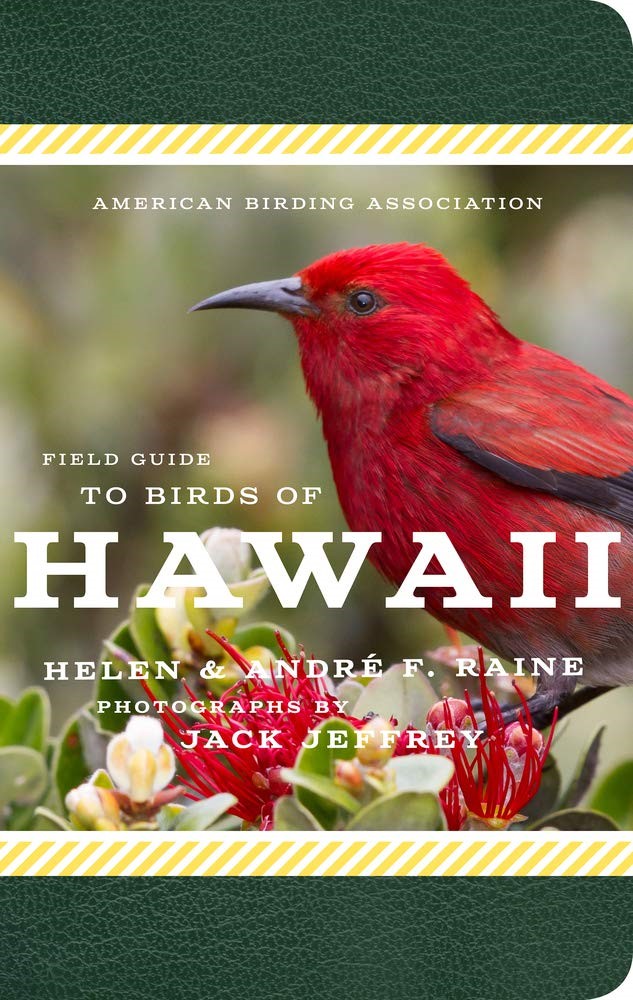 Field Guide to Birds of Hawaii (Raine and Raine). This new guide, published in 2020, through the American Birding Association (ABA) is a big step forward for Hawaii birding. Although this guide is lacking range maps, it does feature beautiful photographs of 139 species including all 34 remaining endemics as well as useful information on various introduced, native, and visitor species. The book is small and lightweight, making it easy to pack and travel with. We hope to see continued improvements on field guides for Hawaii’s birds in the future as it becomes an increasingly popular birding destination since its inclusion into the official ABA area. Currently we consider this to be the top guide for the islands of Hawaii. 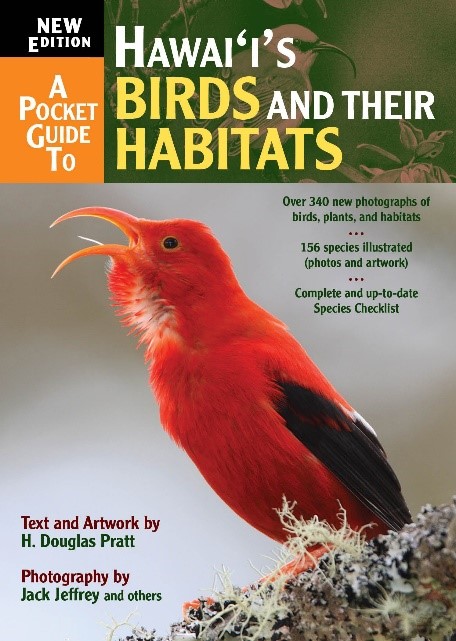 Hawai’i’s Birds and their Habitats (Pratt). This guide takes an interesting approach to its organization, differing from what one would consider a standard field guide. Instead of species each having their own plates and text, the book is broken down into the various habitats of Hawaii and features the species likely found within that habitat. This interesting approach reads more like a book and contains loads of helpful and useful information when it comes to birding Hawaii, including some context and history of the islands. Another small guide which is easy to pack for traveling, making this a good option if visiting Hawaii. We recommend combining this guide with the one above to help provide a good overall impression of Hawaii’s birds.