The Red Himba Lady and the Dusky Lark

29th November 2012: Northwestern Namibia, in the Kunene region, just on the border with Angola

This day was very special: We were just about to give up searching for the baffling (and one of the very last Southern African) lark species – the Dusky Lark (Pinarocorys nigricans). Believe it or not, at the last hour we found and photographed this strange pipit-like lark, but not before we found ourselves within the core area of the most unique and remote African ethnic group, the Himba – and we actually helped with medicine for the very sick chief of the tribe – and in return the community’s girls insisted on entertaining us with local song and dance… 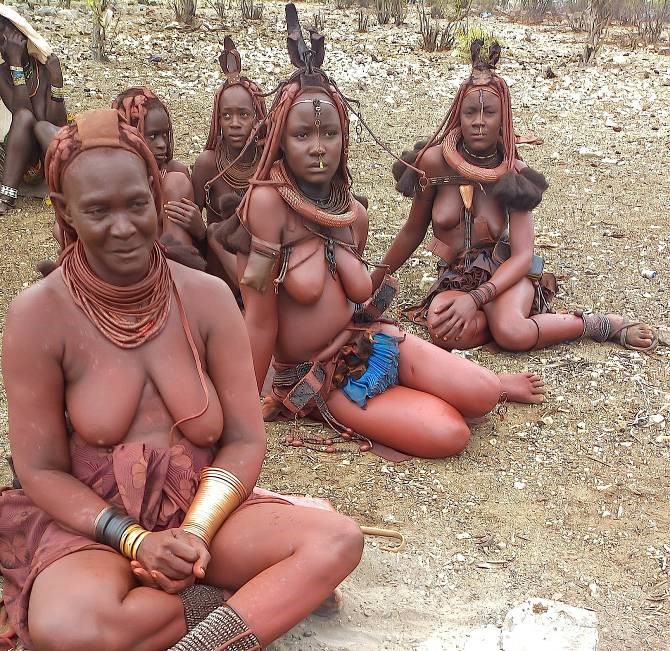 The traditional Himba ladies never ever wash their bodies with water (no showering or bathing) during all their lives! However, they cover themselves with otjize, a mixture of a butter fat (animal product) and ochre (made of powdered rock), which is multi-purpose – it provides sun protection, gives a very nice reddish tinge to their skins, and even provides a very pleasant smell like light natural perfume – despite not showering. 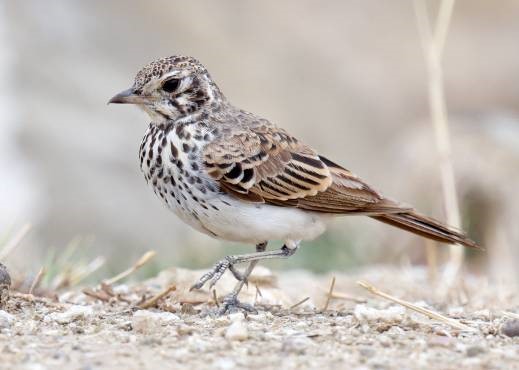 One of the most unique larks of the world, best described by shape and behaviour as a pipit-like lark. Dusky Lark is in the same genus as the similar Rufous-rumped Lark, which occurs further north in Africa. It is not so rare in its range but often the most difficult to find, due to its erratic and nomadic nature of following the rains. 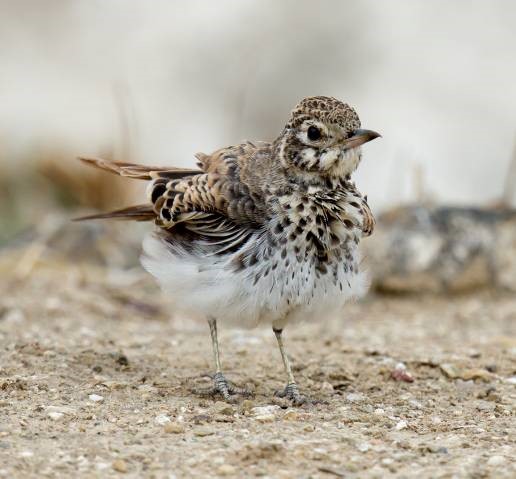 What you see here is not just ordinary puffed action, it is actually a special habit of Dusky Lark – every few steps it would stop and throw back it’s shoulders as if loosening its muscles – a kind of ‘body explosion’.

A final point: Thus, it was like a miracle – from feeling totally depressed about not finding this lark species for over 45 days, it turned into one of the most memorable days of the expedition: First we found and photographed the lark, and at the same time we met the most pleasant, beautiful and peaceful people on earth – the Himba. We then helped the sick chief, and we learned a bit about their culture, even through song and dance… watch this one… so I am actually very happy today. 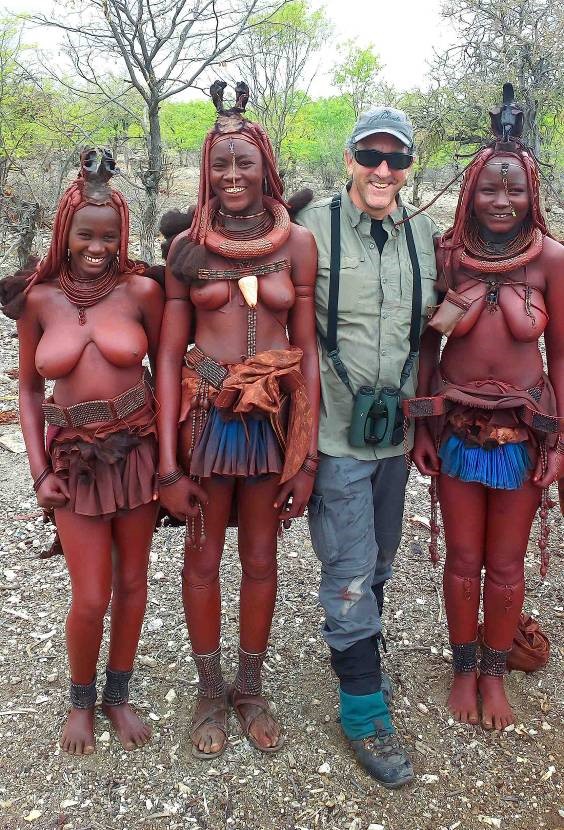 The Himba women wear beaded anklets to protect their legs from venomous animal bites, just like me.

A few more points about the Himba people, one of the most unique in the world:

This small ethnic group numbers about 30,000 and is restricted to northern Namibia and into Southern Angola, in the Kunene region. The Himba are mostly a semi-nomadic, bucolic people, closely related to the Herero, and they speak Otjihimba. The members of the Himba community live in a tribal structure based on bilateral descent that assists them to live in one of the most extreme environments. The Himba are a monotheistic people who worship the god Mukuru. Due to the harsh desert environment in the region where they live and their isolation from outside influences, the Himba have managed to maintain much of their traditional lifestyle. However, their culture will go extinct sooner than one can imagine due to complex problems, all related to the exposure to the western world. These people, their culture and heritage, as well as their human rights and their land, must be protected by all means possible! 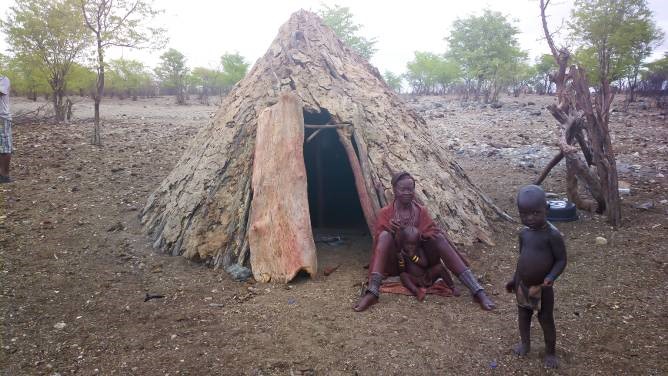 The family housing of the semi-nomadic Himba

On behalf of the team of the

Photographic Handbook of the Birds of the World,