Where to go birding in Australia? Tasmania

Adjoined to the Australian mainland until the end of the last glacial period about ten thousand years ago, Tasmania is both geographically and genetically isolated from Australia. Through the millennia this island has developed its own unique set of plants and animals, including around a dozen avian island-restricted endemics that include Forty-spotted Pardalote, Green Rosella, and Strong-billed Honeyeater. Beyond the endemics Tasmania also harbors several species which winter on the mainland and breed on Tasmania, such as Swift Parrot and Orange-bellied Parrot (at the correct time of year). These two breeding endemics are globally Critically Endangered (IUCN) and major targets for visiting birders, who usually take the picturesque flight from Hobart to Melaleuca to connect with the latter, with the former being more widespread and often found on the delightful Bruny Island (which is also home to many of the Tasmanian endemic species). 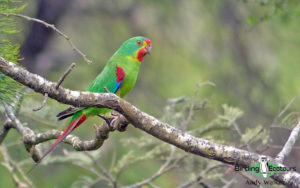 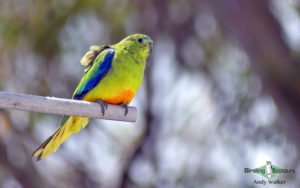 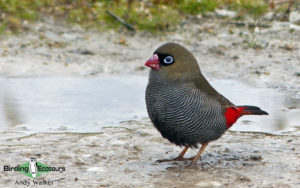 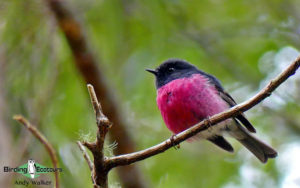 Tasmania is very different from much of the rest of Australia in terms of landscape, weather, and habitats, and searching for the endemics and breeding specialties of the island will result in time spent within a stunning backdrop of rugged coastlines, tall evergreen sclerophyll forests, alpine heathlands, and cool temperate rainforests. Tasmania also has several highly sought mammals, such as Tasmanian Devil and Spotted-tailed Quoll.

The Tasmania tour we’ve put together here has had great success over recent years. Due to the size of the island it is possible to reasonably cover the area in around a week, thus making this Tasmania tour an ideal pre-tour trip or tour extension to our other longer mainland tours (it works particularly well with our East Coast tour detailed here and is timed to coincide with the breeding Orange-bellied Parrots being present).