Where to go birding in Australia? Western Australia

Western Australia is a huge state, and there are loads of potential birding sites to visit. Perth is set in a beautiful coastal landscape (as are many Australian cities) and is the capital of the state. It is also one of the most isolated capitals in the world but is served by many major airlines, making access easy from Europe, Asia, Africa, and America (and of course from anywhere else in Australia).

Similarly, due to geographic isolation and diverse habitats, the southwest of the state of Western Australia boasts several endemic species and subspecies as well as offering numerous more-widespread species and Australian endemics. Here there is incredible flora with spectacular spring wildflowers and giant forests too.

Much further north the city of Broome and the surrounding area – The Kimberley – holds several endemic species and forms an incredibly important international overwintering area for numerous shorebirds, e.g. at Roebuck Bay, and passerines. 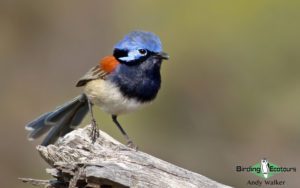 The Kimberley to this day is still true frontier country and not for the fainthearted, though the rewards are worth the effort, particularly for species like Black Grasswren, White-quilled Rock Pigeon, Dusky Gerygone, Buff-sided Robin, and many more. The landscape here is considered some of the most picturesque in the country too. Broome Bird Observatory, on the shore of Roebuck Bay, is one of Australia’s most famous shorebird sites and a great option for birders interested in waders or shorebirds.

The southwest of the region offers a fantastic birding circuit around Perth. Such a circuit could visit well-known Western Australia birdwatching sites such as Dryandra Woodland, Stirling Range, Cheynes Beach, Cape Leeuwin, Lake Muir, and Cape Naturaliste. These sites take in some dramatic and spectacular rocky coastline interspersed with gorgeous wide sandy beaches and some huge forest blocks.

For family listers the presence of Noisy Scrubbird should be of note, for seeing Noisy Scrubbird, though tough, is a much more likely prospect than seeing Rufous Scrubbird in eastern Australia and really is the best chance to find this species, and there are only two species of scrubbird in the world to go for! 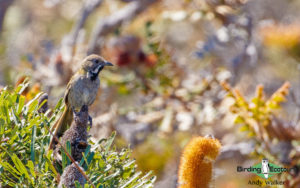 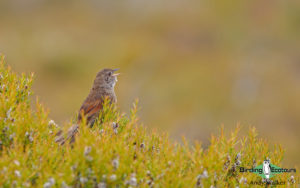 Many other species that just about get out of Western Australia and are near-endemics to the region (and still Australian endemics) are likely on the above circuit, such as Western Yellow Robin, Rufous Treecreeper, Blue-breasted Fairywren, and Spotted Scrubwren, as well as more-widespread Australian endemics like Malleefowl, Square-tailed Kite, Banded Stilt, Hooded Dotterel, Rock Parrot, Elegant Parrot, Purple-crowned Lorikeet, Splendid Fairywren, and Fairy Tern. 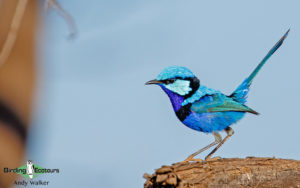 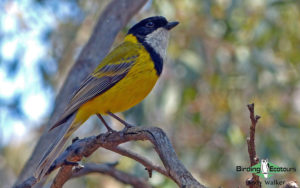 Due to recent fires in its previous stronghold, the likelihood of finding Western Ground Parrot anywhere these days is unfortunately very low, as this species, with a tiny remaining population, is pushed nearer to the brink of extinction – a sad fate facing several Australian birds and many small mammals and reptiles.

A wide range of mammalian highlights are possible in Western Australia, such as Numbat, Bilby, Short-beaked Echidna, and Quokka, as well as a long list of other species. Reptiles are also well represented. With the amazing wildflowers in spring combined with all of the above it’s no wonder the region is a naturalist’s dream destination. 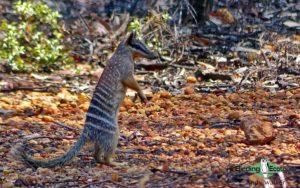 Our Western Australia tour, viewable here has proved popular over recent years with family listers wanting to try for Noisy Scrubbird (with a great success rate), and this tour is the most realistic chance for that, as well as offering most of the other regional endemics and a great supporting cast of other species. The tour therefore offers great general bird- and wildlife watching. 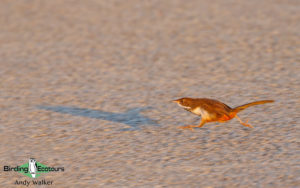