Officially the Republic of Angola, although more frequently referred to as just Angola, was for many years considered a ‘no-go’ country due to the civil war that lasted nearly three decades, ending only as recently as the early 2000s. However, since the end of the civil war the country has experienced growing peace and stability, along with a massive surge in infrastructural advancements opening this once-war-torn country up to tourism. During the ‘early years’ after Angola opened up it was deemed to be a country only accessible to the ‘hard-core’ tourists, and even the few bird watching tours available were typically overland camping adventures. Fortunately this has changed drastically in the last few years, and while a sense of adventure is still required, Angola’s ever-improving road network along with an increase in lodging establishments and the easing of visa requirements has opened this country up widely, allowing for the numbers of keen bird watchers to enjoy the country’s many prized and endemic birds.

Angola is a large country, located in south-western Africa, and shares its borders with Namibia, Zambia, and the Democratic Republic of the Congo (DRC), with the Atlantic Ocean forming its western border. Angola has a massive diversity of bird species, with over 1000 species occurring within its borders, 15 of which are true endemic birds, while countless other near-endemic and highly localized species feature prominently. Despite its size almost all of Angola’s prized bird species can be found along the western escarpment running north-south in the country, and this is ultimately the routing our comprehensive and well-designed tour follows.

Beginning in the capital city, Luanda, we first explore the exciting northern scarp forests that are strongly influenced by fauna from the Guinea-Congo basin and include a wide range of prized avian species, such as the massive Great Blue Turaco and the near-mythical Braun’s Bushshrike. The largely unexplored nature of this area means there is a chance of finding species new to the country – an exciting prospect for any birder.

Along our journey we also include visits to some of the key attractions in the country, such as the mighty Kalandula Falls and the impressive Tundavala Gap. Although worthy a stopover in their own rights, these sites are twofold as they both host some of the best and most exciting bird watching in the country. The moist forests near the Kalandula Falls are home to one of the rarest birds in the world, White-headed Robin-Chat. This species has only recently (in the last two decades) been re-described to science after it was thought extinct, and a very select number of birders have been privileged to see this stunning bird. The Tundavala Gap, on the other hand, hosts some of the country’s most prized mountainous species amid its stunning scenery, including one of Angola’s rarest endemics, Swierstra’s Spurfowl (Francolin), and others such as Angolan Cave Chat. The Tundavala area also serves as a gateway to the Namibe region, which allows us the opportunity to try for the many near-endemic species Angola shares with Namibia, such as Rüppell’s Parrot and the prized Cinderella Waxbill.

The western escarpment running parallel to the coast holds nearly all of the country’s endemic birds, but unfortunately due to habitat loss some of these species are becoming increasingly more difficult to find. None of these are perhaps more pertinent to this than the specials occurring in the Kumbira Forest, with prime examples being the rare Gabela Bushshrike, Gabela Akalat, and Pulitzer’s Longbill. Farther south along this escarpment we encounter the impressive Mount Moco, the country’s highest mountain and arguably one of the best birding sites in the country. This area too suffers from habitat loss, putting the birds at risk, but it allows us another chance at some of Angola’s specials, including Swierstra’s Spurfowl (Francolin), the almost-unknown Brazza’s Martin, and the incredibly localized Bocage’s Sunbird.

Angola is also home to some of the best and most intact miombo woodlands in their broad southern African range. These woodlands are widely known for their difficulty to bird them, often being eerily quiet before bursting into life with a large bird party containing many very exciting key species. Patience is well rewarded when birding these miombo woodlands, and Angola is arguably the best country to connect with such difficult species as Anchieta’s Barbet, Black-necked Eremomela, and Sharp-tailed Starling, among many others. We will have ample opportunities to explore these miombo woodlands in a quest for all their special species.

A bird watching tour to Angola offers almost unbeatable opportunities at some of the most prized and sought-after south-central-African species, along with its various endemic and near-endemic birds – all of which add to the country’s reputation as being one of the finest bird watching destinations on the continent. Backed-up with the vast number of habitats we explore and complimented by some of the countries’ most prized sights, our Angolan bird watching tour is one not to be missed by any world birder.

Time is of the essence, and we do suggest traveling to Angola sooner rather than later to ensure one still has a good chance of finding some of the country’s specialties. 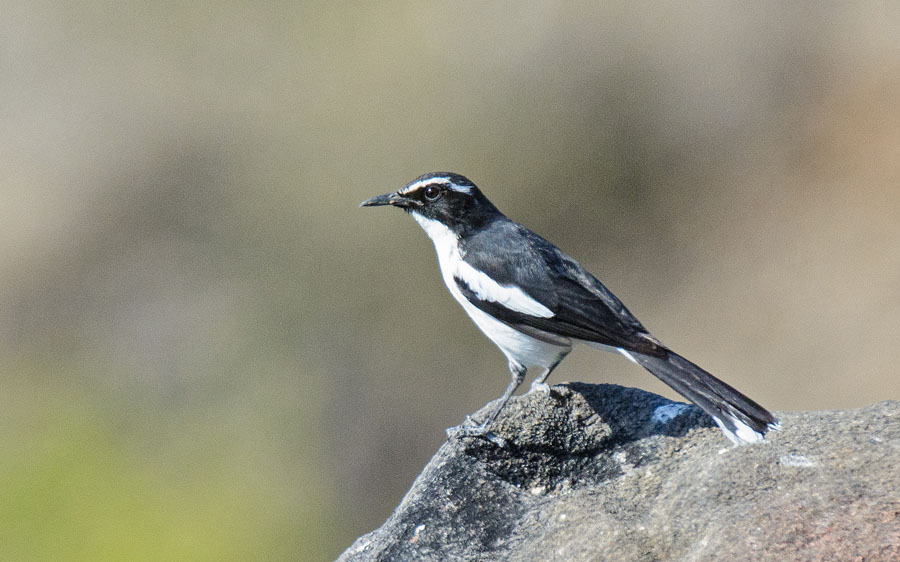 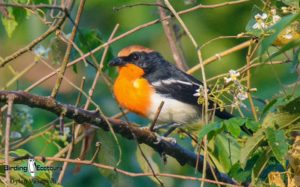 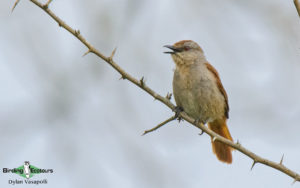 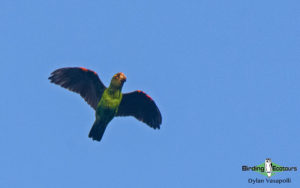 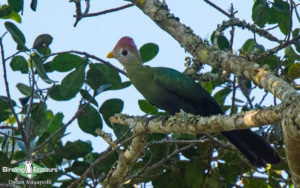 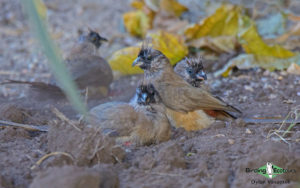 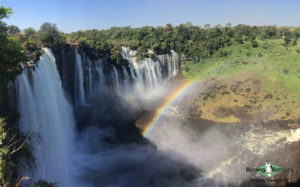 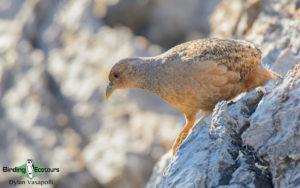 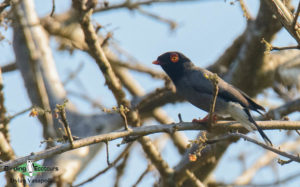 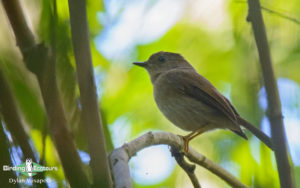 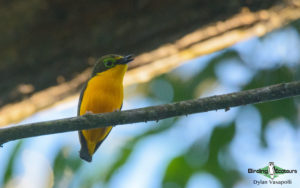 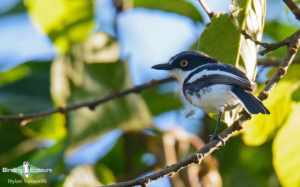 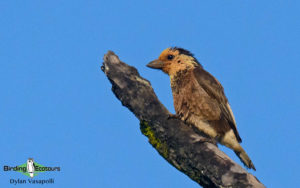 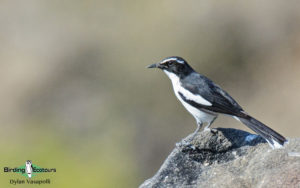 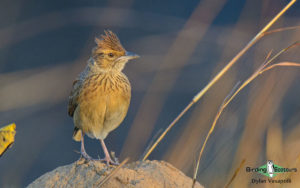 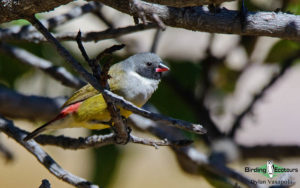 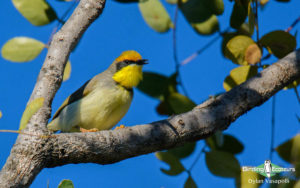 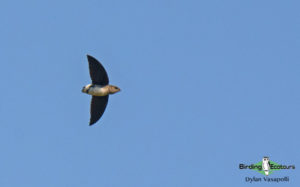 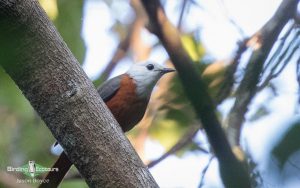 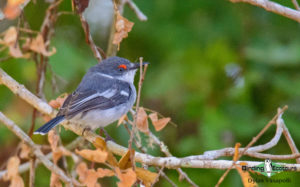 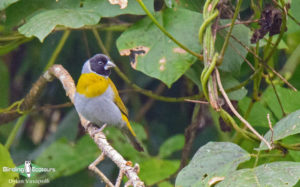 Testimonials from our Angola birding tours

Fantastic tour through a remote African birding country that offers a real chance to see all endemics and near
endemics of Angola. Climate change, logging of forests, industrial "advancement" in a poor country despite a high BP
may bring this to an end fairly soon, but there are signs of hope like the reforestation in the Mt. Moco area or
reestablishment of eg. Kissama NP. Birders from abroad might support these tiny efforts on a small scale, the
Angolan counterpart of the tour tries hard to meet the tourists needs.

This specialized excursion has its focus on Angolan endemics & special birds and was exceptionally good in that
respect. Besides this, traveling was quite good: food, lodges, local guides, far better than expected.

Dylan was a perfect tour guide with amazing gifts of fantastic hearing, vision, acoustic and eye remembrance, on top
of a huge knowledge of birds habitats and behavior. He showed us this fabulous bird world with real compassion. He
never lost his good mood, always tried to satisfy complex whishes and pampered all of us, thank you very much.
Both Angolan guides did their very best and we learned much about the country.

Beatrice - On Dylan and Angola
We can run any of our tours privately at any time and can also arrange custom itineraries!
CONTACT US