Hottentot Buttonquail must be the most enigmatic of all of South Africa’s 18 endemics. Its world population is estimated at fewer than 1000 individuals and thought to be declining! The global distribution of this highly-skulking species falls within a tiny strip of the Southern Cape from Port Elizabeth westwards to Cape Town. Moreover, within this amazingly small range it is a very fussy bird, inhabiting only short fynbos vegetation that has burnt recently. This also means that it has to move around tracking fire cycles (to find fynbos short enough). I highly recommend reading the Birdlife International species factsheet for further details on the conservation status of this bird. 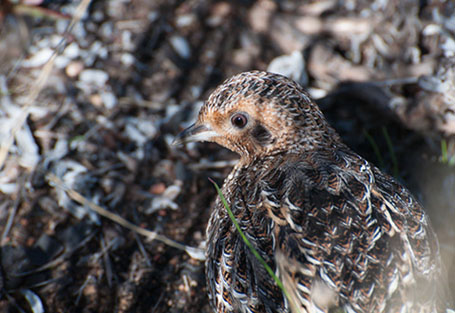 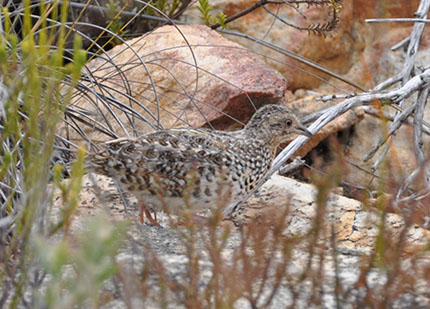 How does a birder see this species? Only with extraordinary difficulty or astonishing luck (which only happened once in all my years of Cape birding. when we got out of the vehicle and flushed a Hottentot Buttonquail almost immediately – we then established there was a high density of them at that site near Swellendam, as we were easily able to flush several more within a short space of time)! Most birders wishing to see this localized Cape fynbos endemic brave the venomous snakes (Pofadders abound in the same habitat and Boomslang is quite possible too) and try and flush them, sometimes from fire breaks or other short-enough fynbos. One can also listen for their hooting and try and call them in. Needless to say, few birders have actually seen one, and it is the only fynbos endemic that many a birder just can’t tick!

An easier way to perhaps see this bird (if you act fast) might be to serve as a volunteer on the current survey project being led by post-doctoral research fellow at the Percy Fitzpatrick Institute of African Ornithology, Alan Lee and Western Cape conservation manager at Birdlife South Africa, Dale Wright. Alan initially started his fynbos research with the apparent declines in two other Cape endemics, the charismatic Cape Rockjumper and the often-tough-to-locate Protea Seedeater. However, his current focus is now largely on the disturbingly rare Hottentot Buttonquail. Kindly do look at the article “The quest for the fynbos enigma: The start of the Hottentot Buttonquail Surveys” and “like” the Facebook page “Fynbos Endemic Bird Cycle Survey” for more details about this important conservation-based survey. 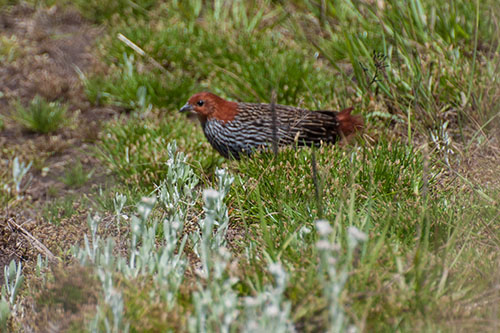 Who knows, you might even stumble across the mega-skulking and rare Striped Flufftail during these surveys! This is another photo by Alan Lee. See “Searching for South Africa’s most skulking bird family; the incomparable Flufftails” and “Rare rallids of Harare in Zimbabwe” for more on Africa’s most elusive birds, the enigmatic flufftails.

I strongly encourage you to report your own sightings to Alan (to help with this vital survey of this very poorly-known South African endemic), or to consider helping financially (even with a small donation) and to perhaps join as a volunteer (which could allow you to see the bird). 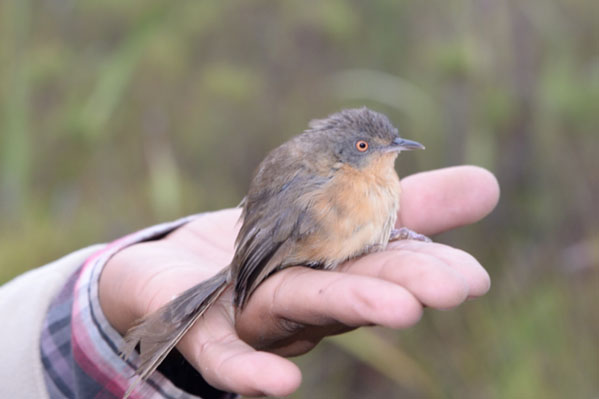 May I offer you another skulking fynbos endemics, Victorin’s Warbler? (photographed on one of the buttonquail surveys)