The Big 5 Birds of Northern Peru – a biased list according to Chris!

A birding tour is made largely by the guide. A good birding tour leader is the single element that can make a bird tour completely and utterly brilliant, rather than just very good. A good birdwatching tour leader is very good with people, and also very good at finding birds (including the rare and skulking species). That is why we are so pleased that Eduardo had his 10-year anniversary with Birding Ecotours earlier this year, as he ticks all the boxes (and does so far beyond expectations). Eduardo lived in Chachapoyas in Northern Peru for several years, which conveniently happens to be very close to the legendary (in birding circles) Marvelous Spatuletail site. Eduardo is the person who makes our Northern Peru tours so extremely successful. Having lived in the north for a while, he knows the area more intimately than most birding guides. And he has run tours targeting the most difficult birds of the north several times. For example, he has done specific owling tours to Northern Peru, and each time he has done so he has learned additional stakeouts, so that he now makes finding some of the toughest birds of Northern Peru easy. Thanks to Eduardo, we believe that we run the most successful comprehensive Northern Peru trip out there – it’s an almost month-long birdathon mega tour. It has become one of our true signature tours, since we run it so regularly and highly successfully. This Northern Peru tour itinerary, and a sample trip report, can be downloaded from Birding Tour Peru: Comprehensive Northern Peru . Then, for those who have less time or can’t tolerate particularly dizzying altitudes, we also do a shorter Northern Peru bird trip of just over two weeks – to at least still see the best birds that Northern Peru has to offer.

This is the route we often take, with Eduardo who heads up our Peru office organising our spectacular and well-organized Peru tours.

And now for the top 5 birds in Northern Peru – according to Chris and so rather biased and personal, ha ha! All photos are from a selection of our previous Northern Peru birding tours. Hopefully Eduardo will give his own list of favourites when he’s back from Bolivia (where he is now while I sit in the office – he guides birding trips all over the neotropics).

1)      Marvellous Spatuletail (photo by Trevor Hardaker) is the single most “wanted” bird in Peru and is reliably found on all our North Peru birding tours. We now see it at feeders as well, affording more close-up views. There are only an estimated 250-1000 individuals of this Endangered and amazingly localized North Peruvian endemic left in existence. According to BirdlifeInternational, up to 60 % of its habitat might be destroyed during the next 12 years!

2)      Long-whiskered Owlet (photo by Alan van Norman). Discovered as recently as 1976, this tiny near-terrestrial owl is another Endangered species, with very similar population estimates as Marvellous Spatuletail and the probability of declining further because of massive habitat destruction. 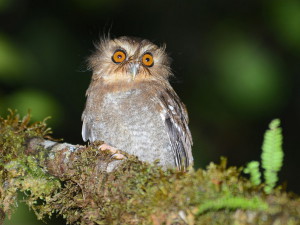 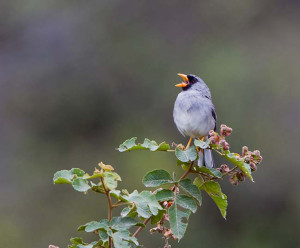 4)      White-winged Guan (photo  by Alan van Norman) – Critically Endangered with a population estimate of only 250 birds – need I say more? 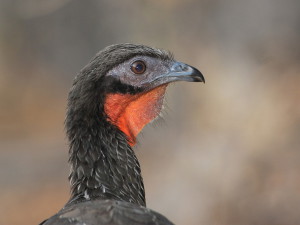 5)      Buff-fronted Owl (photo by Alan van Norman). This is the only Least Concern species on my short list – while it’s a widespread South American bird, it’s one of the most elusive yet beautiful little owls, and we have quite a reliable stakeout for it during our regular Northern Peru birding tours. It’s in my personal favourite owl genus, Aegolius, which also includes Boreal Owl (also known as Tenglmalm’s Owl) and the two Saw-whet Owl species (along with an extinct one from Bermuda). 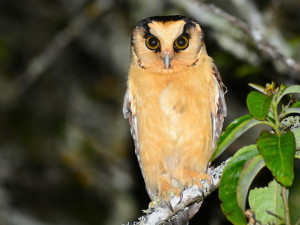