On these special mammal watching day tours around Cape Town we will target a number of rare and localized mammal species which we do not readily encounter on our standard 1-day birding tours, or our longer set-departure birding and wildlife tours around South Africa. Many of the mammals that we can target in the Cape Town area occur in low densities and are generally very secretive too and so we cannot guarantee success of finding these species (even less so than with birding targets), however our Cape Town guides do know areas where we have a reasonable chance of success. It would probably be impossible to target all the below species on a single day out, as particular species may take many hours of searching, however please do let us know which species you would like to target and we can make some suggestions for a day trip out. If you would like us to arrange a multiple-day trip targeting mammals (and birds too, if you like) we can put together an itinerary for a short tour focusing on these tricky mammal species. 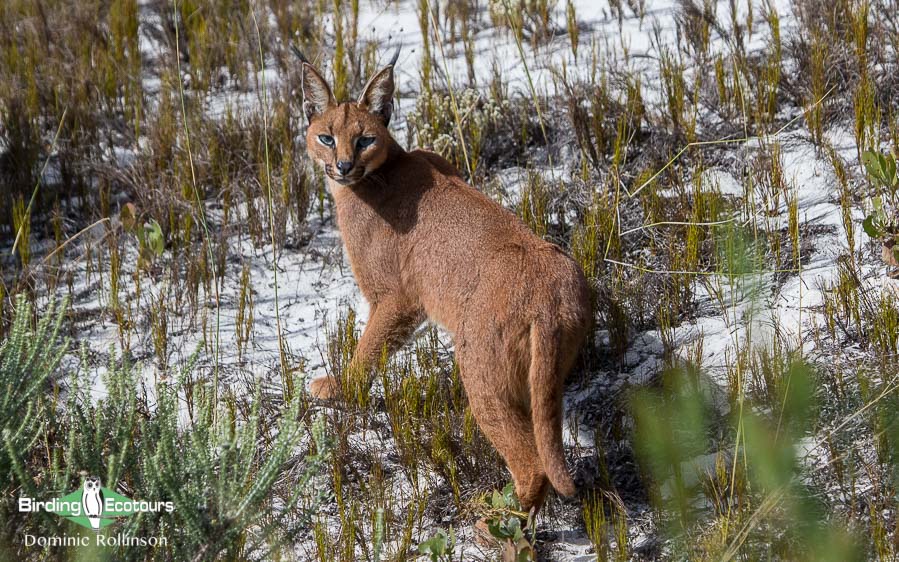 Caracal occur in low densities on the Cape Peninsula, right on the edge of Cape Town.

For mammal enthusiasts, one of the most-wanted mammal targets in the greater Cape Town area is the beautiful, yet elusive Caracal. Although this species is rarely seen, it actually occurs across the entire Cape Peninsula and lucky hikers and wildlife lovers do come across this solitary cat with some frequency. We know approximate territories of an animal or two within easy reach of Cape Town where we can concentrate our search, however we unfortunately cannot guarantee a sighting of this elusive cat.

Another favorite is the cute-looking, yet feisty African Clawless Otter. This is another secretive species which can be found at a few spots on the Cape Peninsula. It occurs singly, in pairs, or in small family groups and can be found in both freshwater and marine environments. 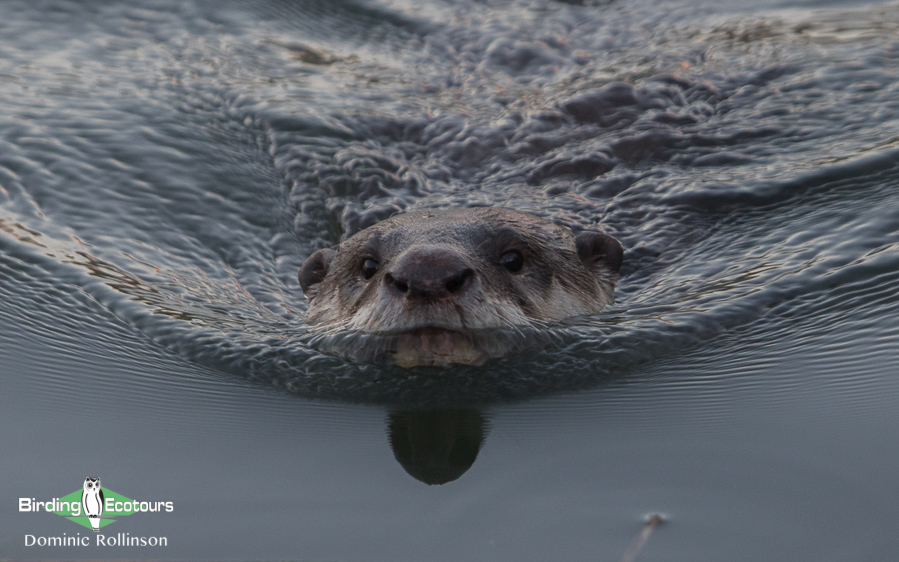 African Clawless Otter is rather elusive around Cape Town but can be seen if you know where to look.

Heaviside’s Dolphin is a west coast/Benguela Current endemic (to South Africa, Namibia, and Angola) which may be seen from a couple destinations around the Cape Peninsula and further up the west coast. These sightings would likely be from land through a telescope, however we do have the possibility of taking sea-kayaks out to sea to try get better views of these small dolphins (contact us for the extra price for this activity). While searching for Heaviside’s Dolphin, we may also encounter Dusky and (Long-beaked) Common Dolphins, as well as Bryde’s Whale and the two migrant whales, Humpback and Southern Right Whales. Along the coast we are likely to encounter Afro-Australian (Cape) Fur Seals which occur in ever-increasing numbers around the Cape. 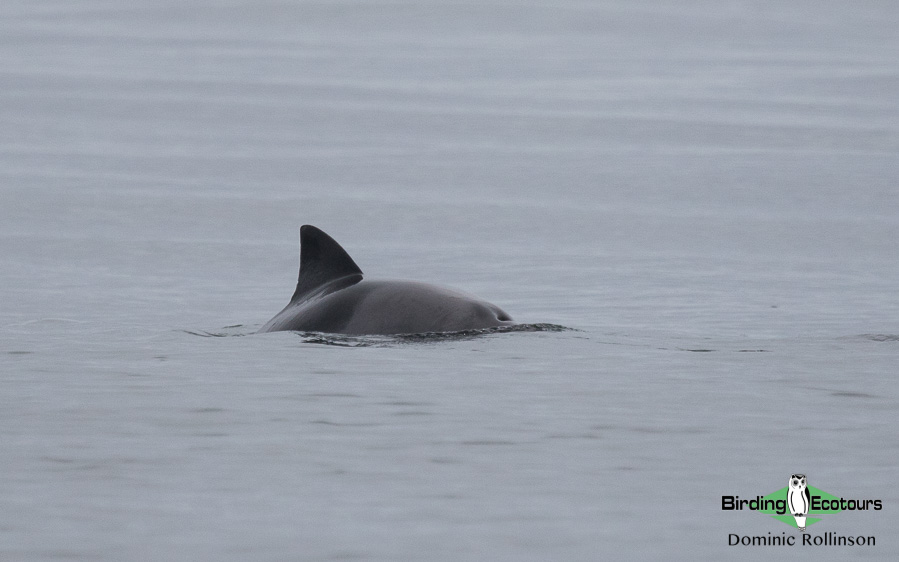 Heaviside’s Dolphin is a Benguela Current endemic which can only be seen in South Africa, Namibia, and Angola.

The Cape also harbors numerous localized antelope species which are possible near to Cape Town. The most highly range-restricted of these antelope is the Cape subspecies of Blesbok, known as Bontebok (this subspecies is split by some authorities) which cuts a striking figure with their distinctive brown-and-white coloration. Slightly less localized is the Cape Grysbok which can be a very tough animal to find, however we know of a couple fairly reliable spots for them. More widespread antelope that we might encounter on a day out to Cape of Good Hope Nature Reserve include Eland, Grey Rhebok, Klipspringer, and Common Duiker. In the reserve we can also target the Cape subspecies of Mountain Zebra (Cape Mountain Zebra), which is split by some taxonomic authorities, as well as cheeky Chacma Baboons which are always on the lookout for an easy meal, so we’ll have to ensure we never take our eyes off of our food!

On the smaller side of things, we can also target Cape (Small) Grey and Marsh (Water) Mongooses. Cape Grey Mongoose is common in fynbos around Cape Town and a day out is likely to produce a sighting or two of this species, while Marsh Mongoose will need to be targeted in certain aquatic habitats. If we decide on a pre-dawn start, we can also target Cape Porcupine around some of the suburban neighborhoods of Cape Town, not to mention the cute Rock Hyrax (Dassie) which is found diurnally in most rocky and mountainous habitats throughout the area, such as on the slopes of Table Mountain. 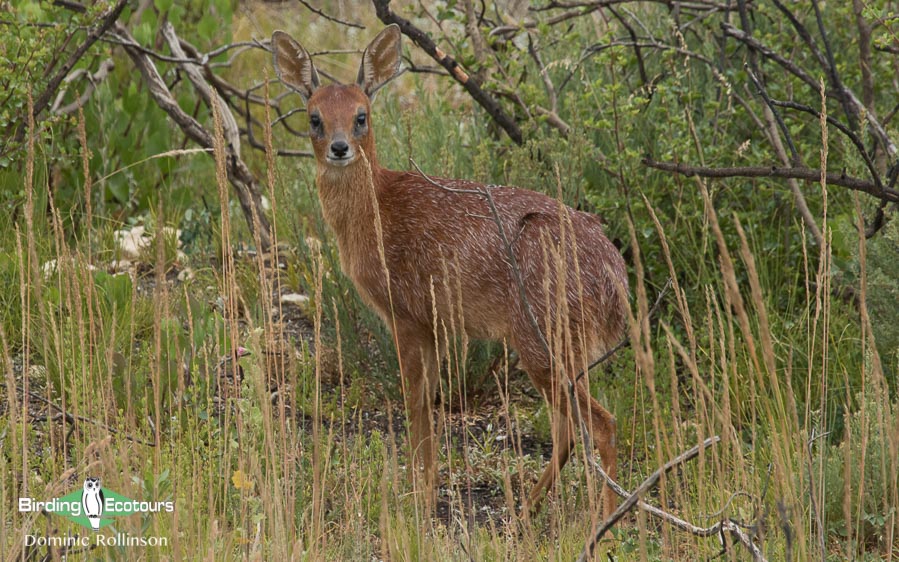 Download Summary
We can run any of our tours privately at any time and can also arrange custom itineraries!
CONTACT US