Sitting astride the ridge of mountains that divide central America in half gives this jungle paradise an amazing array of fantastic neotropical birds. During our Costa Rican birding tours, bird species change as we traverse the steaming Caribbean lowlands, the eastern slopes, the central valley (where Costa Rica’s capital, San José, is located), the sometimes-chilly highlands, the Pacific slope, and the western lowlands. From extinct and active volcanos over 4,000 meters (14,000 feet) to moist, tropical jungle on the Osa Peninsula, we’ll look for such stunners as Resplendent Quetzal (one of earth’s most dazzling birds) and other trogons, Scarlet Macaw, Great Green Macaw, flocks of brightly colored tanagers, cotingas, toucans, hummingbirds, and many endemic and range-restricted species. While we look for birds we also stop to enjoy interesting mammals like Three- and Two-toed Sloths (Costa Rica is one of the easiest places to see sloths), a good number of primates including howler monkeys, a wide variety of colorful butterflies, and truly lovely scenery.

We offer various birding tour itineraries for Costa Rica. Our comprehensive itineraries give us the best opportunity to search out the regional endemics while also allowing us adequate time to accumulate a big bird list and to stop for other (non-avian) wildlife. But we also offer an “escape the winter to Costa Rica” bird tour each January. This birding holiday also samples all the varied habitats of Costa Rica but is only nine days long and thus not comprehensive.

Costa Rica is a tiny country, yet it contains an incredible 936 bird species! It’s basically an extremely compact place in which to see a vast array of dazzling birds. It’s also one of the most comfortable countries to travel in as it is all set up for tourists. It has a superb road and accommodation infrastructure, making travel easy and comfortable.

Costa Rica is world-famous as arguably the best example of how ecotourism can actually work. Economic growth has been achieved through a plethora of lodges, guides and other service providers earning their livings from ecotourism. This means that rain forests and wildlife have been conserved remarkably well, while the Costa Rican people (known as Ticos) are relatively affluent compared to many other Latin American countries. In 2018 sport hunting was banned, making Costa Rica the first country in the Neotropics to make this illegal, as the government has chosen to instead focus on ecotourism to generate income.

An amazing 25% of Costa Rica’s surface area is formally protected. Some of Costa Rica’s famous parks include Carara National Park, Monteverde Cloud Forest Biological Reserve, Arenal Volcano National Park, and many others. Also very well-known (especially among bird watchers) is La Selva Research Station run by the Organization for Tropical Studies. Costa Rica’s fauna and flora is definitely far better conserved than that of most countries!

On our Costa Rican birding vacations we end up with great bird lists. We find all the usual suspects most birding tour companies find, but we are also sure to try for more difficult species such as Unspotted Saw-whet Owl, which used to be a particularly enigmatic bird but which has now become “spottable” (does it then become a “Spotted Saw-whet Owl”?).

The best time to visit Costa Rica is between January and March, which is when we run our set-departure bird tours. It’s the dry season. We do run some tailor-made Costa Rican trips during the “short summer” in July, and in fact we can run bespoke trips for you any time by request.

We strongly encourage you to book your Costa Rica birding trip in advance, as Costa Rica is one of the world’s most popular destinations for birders. So our tours can fill up very far in advance. The “Costa Rica Escape” birding tour is our most popular one. It’s short enough for people who haven’t yet retired and can’t get much time off work. And, importantly, it allows birders to take the edge off their northern winter because you can spend just over a week in a tropical paradise, in January, right in the middle of winter. We’ve even had couples asking us to join this same tour more than once.

Costa Rica is one of the best places for bird photography. While we don’t offer set-departure birding photo tours to this destination, some of the people who join our standard Costa Rica trips stay back at the lodges to photograph all the hummingbirds and other species around feeders. The lodge grounds are often full of birds that are easy to take photos of. Also, as always, we can custom-make photo tours for serious bird photographers.

Flights to Costa Rica from the USA and Canada tend to be inexpensive, sometimes similar to domestic flights within America. And the flights are short: Costa Rica is very close! Of course we’re not excluding you from other parts of the world, and in fact flights across the Atlantic from the UK/Europe are also often very well priced. 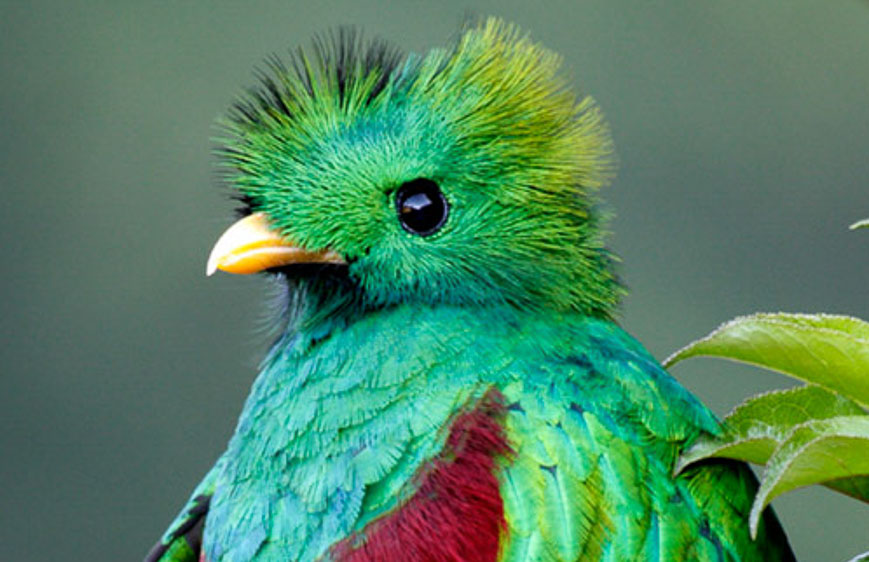 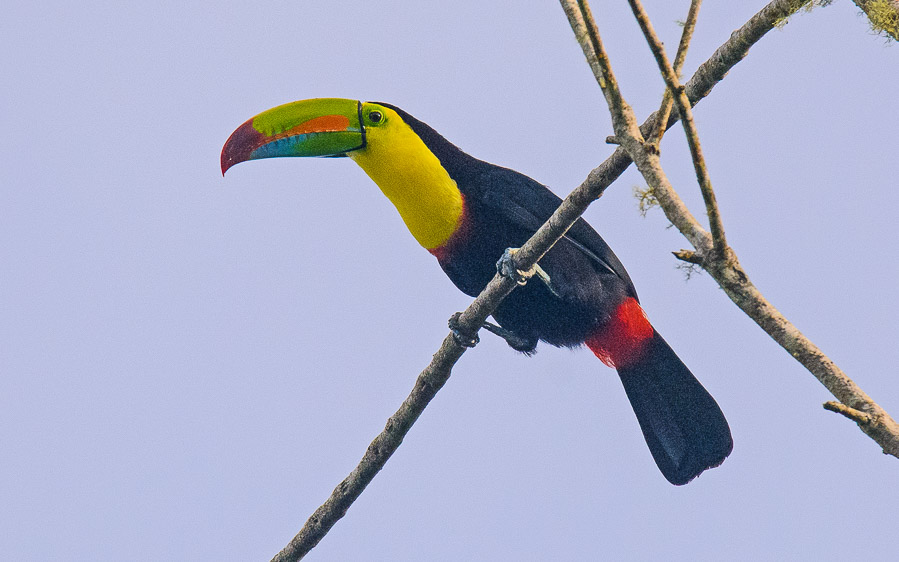 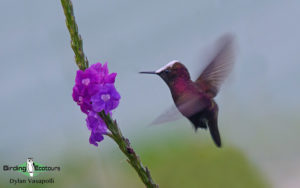 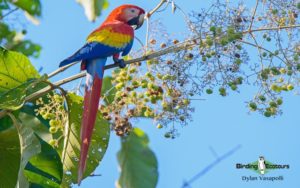 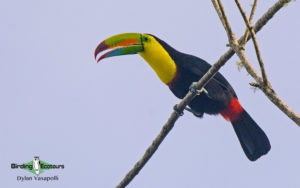 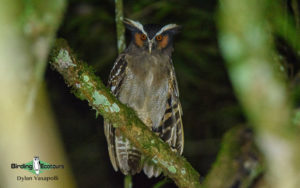 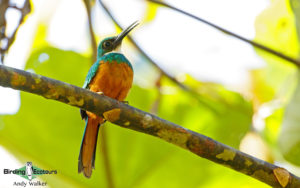 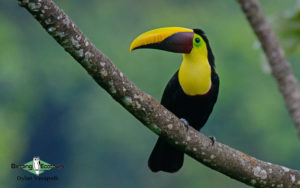 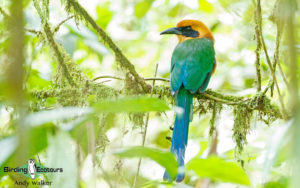 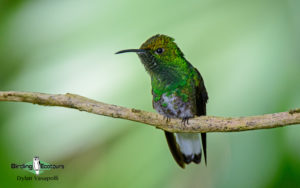 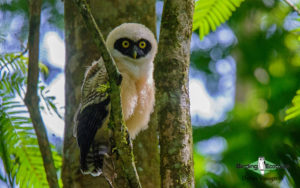 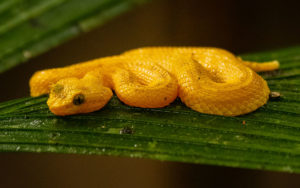 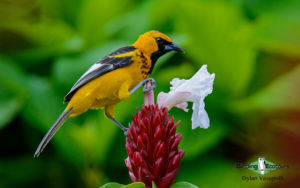 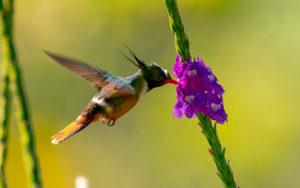 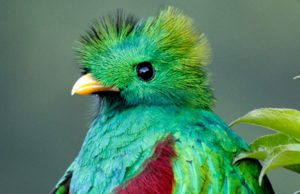 The Costa Rica Escape tour was my second trip with Birding Ecotours, after Brazil. It was a great winter break and also a teaser trip to the country, leaving us wanting to see more. Any trip with a Resplendent Quetzal has to be a good one, but the variety of birds we saw at the various stops was amazing. One of the highlight memories for me was when Eduardo and the local guide were off the trail, listening for an owl, and a Great Tinamou walked right up to their feet without them realizing it. As a guide, Eduardo is professional, knowledgeable and personable. I'm already planning my third trip with the company!

I loved all properties on the Costa Rica Escape tour in January 2019 – small family run establishments in lovely grounds. Accommodation at Savegre was very good and the best in the area. We had a 12-seater van for one couple along with our guide Eduardo and driver Ricardo, who drove excellently and we felt safe. Our guide Eduardo, is funny and friendly, and has an amazing knowledge of all wildlife. He is great company! Highlights of the tour included Resplendent Quetzal, Snowcap and the structure of the tour.

Karen - On Eduardo and Costa Rica

I don't have enough positive adjectives to describe the experience! This was my third birding trip to Costa Rica and my husband's second for photography. Costa Rica is a birder's paradise and it was just exactly the trip we had hoped for! While we wanted to see birds, we wanted a more leisurely pace than the hard-core, up before dawn, push all day, to maximize the day list type of trip. Eduardo balanced our interests in seeing a variety of fabulous birds and opportunities for photos incredibly well. He and our driver, Juan Carlos, were a great team in ensuring that we traveled in comfort and never had any worries about logistics. For anyone interested in both birding and wildlife photography I highly recommended this trip! And I can't wait to see more of Central and Southern America with Eduardo to see more birds!

Joi - On Eduardo and Costa Rica
We can run any of our tours privately at any time and can also arrange custom itineraries!
CONTACT US