Strange-tailed Tyrant will be one of the targets on this north-eastern Argentina tour (photo Horacio Matarosso).

In the Corrientes province in the north-eastern reaches of Argentina there is a vast region locally known as the Iberá Marshlands, which is the largest wetland area in South America after the Pantanal in Brazil. Iberá, or as the Guaraní natives call it “Shining Waters”, is a BirdLife International IBA and Ramsar Site as well as a national preserve. It covers an area nearly three times the size of the American Everglades and protects a multitude of fauna and flora occurring in such diverse habitats as lakes and swamps, palm groves, expansive grasslands, and climax forests. Over 330 bird species, including Jabiru, Snail Kite, Southern Screamer, Greater Rhea, Savanna Hawk, Black-collared Hawk, White Woodpecker, Scarlet-headed Blackbird, and Red-crested Cardinal, as well as other animals such as Capybara, Marsh Deer, Maned Wolf, Black-and-gold Howler Monkey, Big Hairy Armadillo, Yellow Anaconda, and Yacaré Caiman, are all to be found.

The legendary “Gauchos” (Argentine cowboys) also call Iberá home; these “cowboys” live and work on the vast cattle ranches known as “estancias”, where they still use their traditional equestrian culture in daily life. It’s on some of these “estancias” that we’ll be staying to explore the region, as the hotels are few and far between.

Yellow-fronted Woodpecker is one of a number of spectacular woodpecker species we may see on this tour.

Today the group arrives in Buenos Aires flying into Ministro Pistarini (Ezeiza) International Airport and from there transfer immediately to our hotel for the night. After settling in we’ll do some afternoon birding at the Costanera Sur Ecological Preserve; here we could expect to find species such as Red-crested Cardinal, Coscoroba Swan, Silver Teal, Spot-flanked Gallinule, Nanday and Monk Parakeets, Southern Crested Caracara, Pampa Finch, Spectacled Tyrant, and Black-and-rufous Warbling Finch among many more as we explore the wetlands, grasslands, and woodlands.

We’ll start the day with a transfer flight to Posadas. Our base for the next three nights will be the Estancia San Juan Poriahú. This ranch is found in the northwest corner of the Iberá Marshlands, which is considered the Argentinean Pantanal. A great variety of habitats such as savannas, forests, lakes, and wetlands means a great variety of birds, such as Greater Rhea, Red-winged Tinamou, Savanna Hawk, Burrowing Owl, Southern Screamer, Brazilian Teal, Anhinga, Roseate Spoonbill, Wood Stork, White-necked Heron, Maguari Stork, Bare-faced Ibis, and Snowy Egret. Spending time in the grassland habitat we could get lucky with White Monjita, Pampa Finch, Picui Ground Dove, and Black Siskin. Our last excursion for the day will be a nocturnal venture after dinner, when we’ll be looking for Crab-eating Fox, Tropical Screech Owl, and Scissor-tailed Nightjar.

We’ll start the day in search of the largest rodent on the planet, Capybara, as we take a boat ride in the Iberá Marshlands. Birdlife here includes Black-collared Hawk, Long-winged Harrier, Jabiru, Wattled Jacana, Black-capped Donacobius, Yellow-chinned Spinetail, and the recently described endemic Ibera Seedeater, as well as many more. We’ll spend our afternoon exploring the indigenous forests, where we might have an opportunity to photograph groups of Black-and-gold Howler Monkeys as we search for birds such as Dusky-legged Guan, Pale-crested Woodpecker, Blue-crowned Parakeet, White-winged and Green-backed Becards, Yellow-billed Cardinal, Ultramarine Grosbeak, Little Nightjar, and White-throated Hummingbird.

With a long drive north to Iguazú we’ll leave immediately after breakfast. En route we will be visiting the ruins of the 17th–century Jesuit Mission at San Ignacio. While admiring the ruins we’ll be scanning the surrounding area for Bat Falcon, Red-capped Parrot, Blue-winged Parrotlet, Striped Cuckoo, Scale-throated Hermit, Black Jacobin, Surucua Trogon, Campo Flicker, Swallow Tanager, Brown-chested Martin, White-rumped Swallow, and Saffron Finch. From here we have a six-hour drive to our hotel in Iguazú.

With another full day of birding in the Iguazú National Park we’ll focus on finding new additions to our list. We’ll be cleaning up on species such as Black-fronted Piping Guan, Green-billed Toucan, Squirrel Cuckoo, Speckle-breasted Antpitta, Rufous Gnateater, and Blackish-blue Seedeater. Our afternoon birding session will be spent on a private property in Puerto Iguazú, known as Hummingbird Garden, where we can find over 12 species of hummingbirds coming to the feeders as well as various tanagers and finches. Birds to expect here include Blue-tufted Starthroat, Black-throated Mango, Green-crowned Plovercrest, Violet-capped Woodnymph, Rufous-throated Sapphire, Festive Coquette, Chestnut-bellied Euphonia, Golden-rumped Euphonia, and Chestnut-backed Tanager, to name just a few.

Black-throated Piping Guan can be seen in Iguazú National Park.

A full day birding around our lodge and at Urugua-í Provincial Park will provide us with birds such as Grey-bellied and Zone-tailed Hawks, Black Hawk-Eagle, Grey-fronted Dove, Scaly-headed Parrot, Pavonine Cuckoo, Surucua and Black-throated Trogons, Robust and Helmeted Woodpeckers, Buff-fronted Foliage-gleaner, Black-billed Scythebill, Giant Antshrike, Bertoni’s Antbird, and Red-ruffed Fruitcrow. We’ll spend another owling session after dinner in search of Mottled, Black-banded, Buff-fronted, and Spectacled Owls among other nocturnal species.

Today is mostly a travel day as we’ll be driving to Puerto Iguazú to catch our flight to Buenos Aires, where everyone will connect with their international flights or continue onto their next birding trip in Argentina. 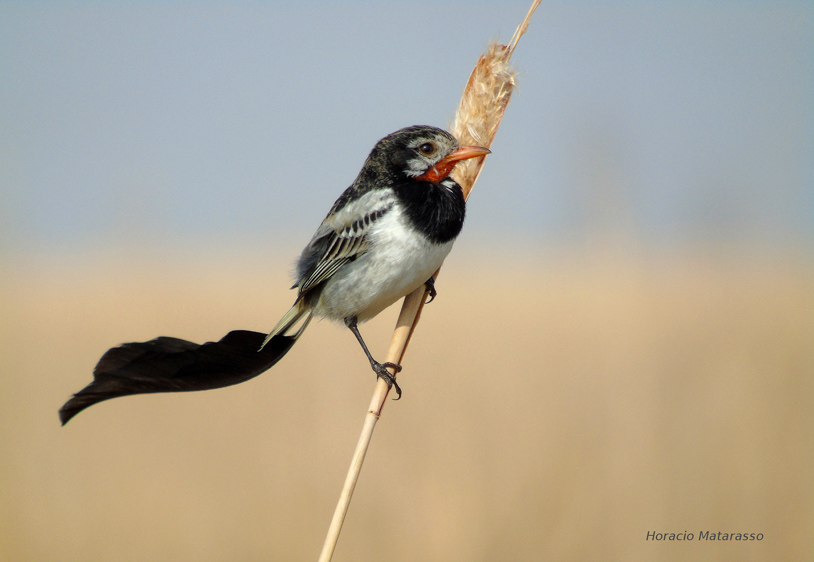 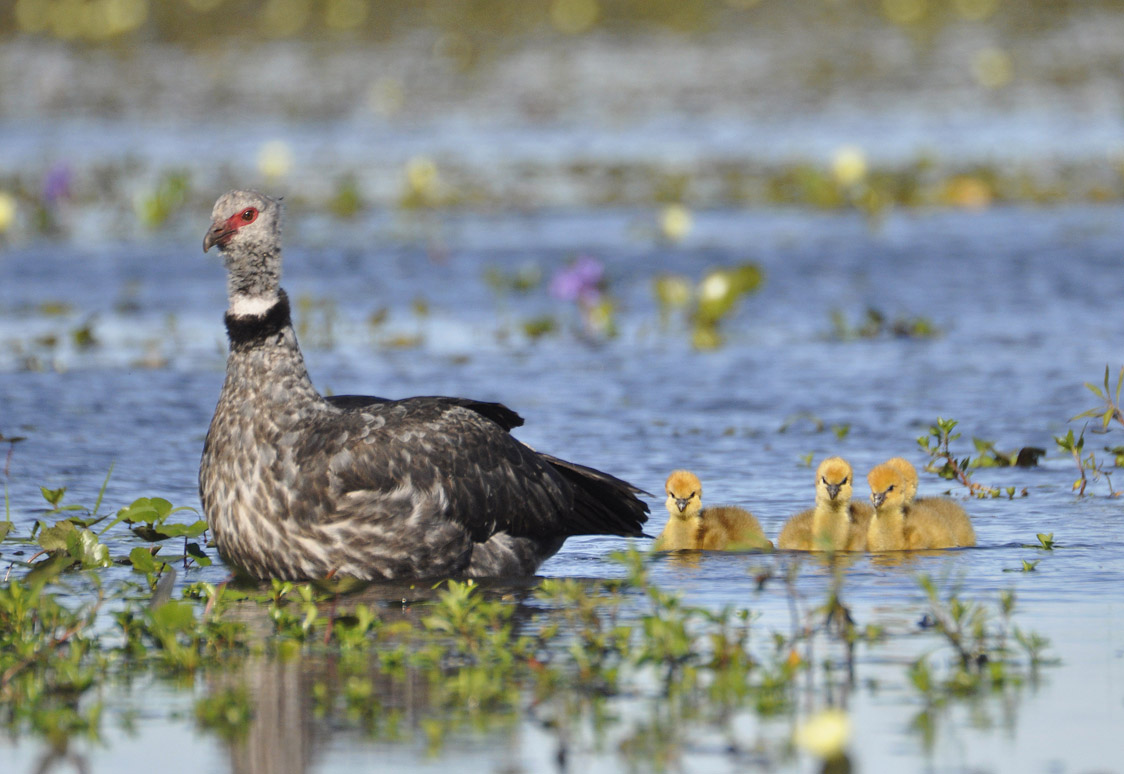 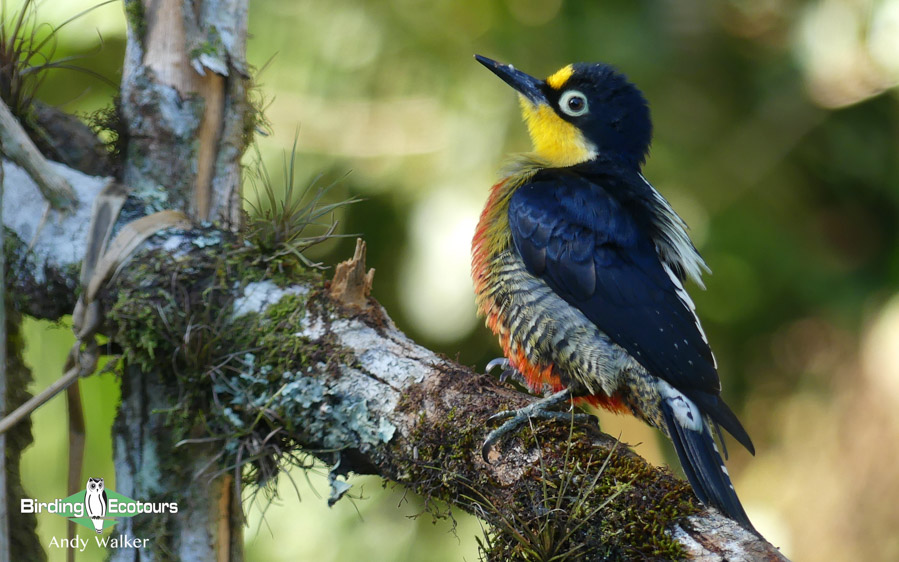 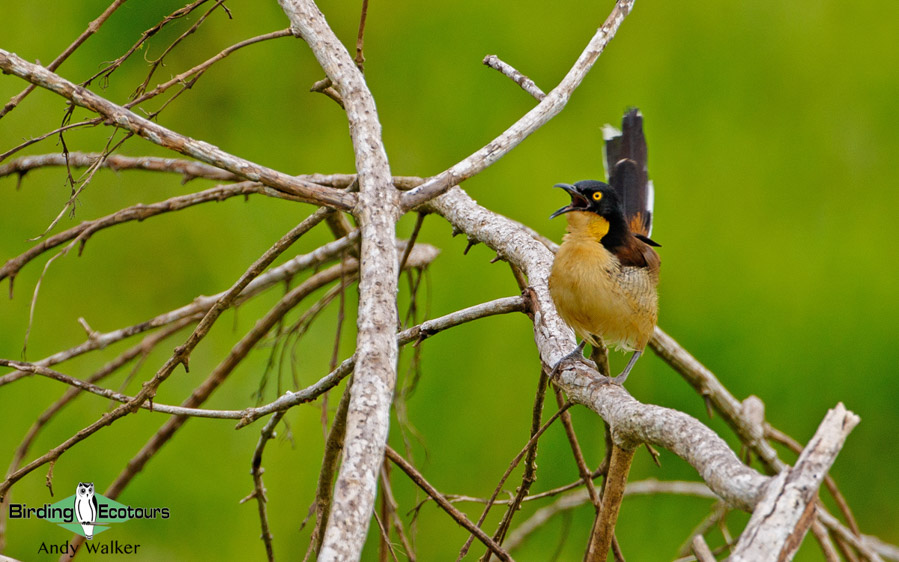 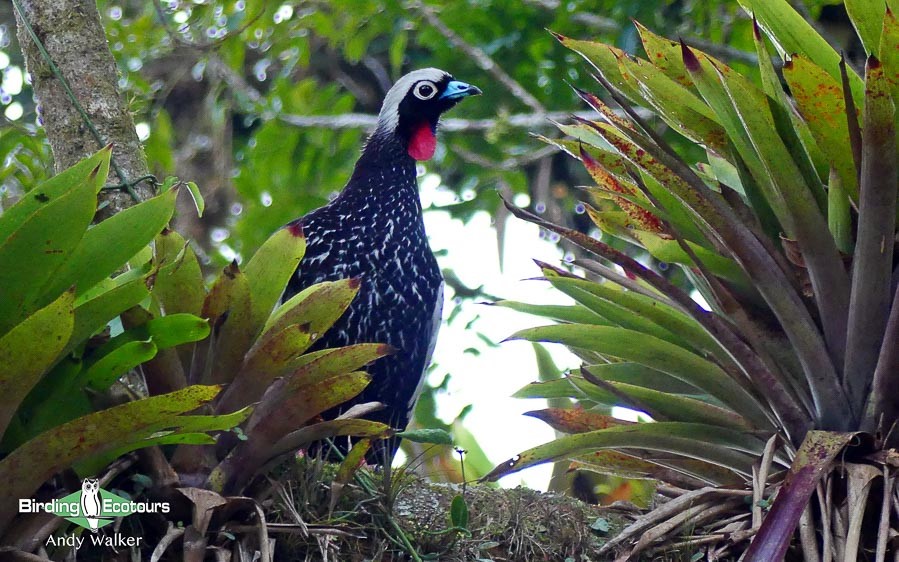 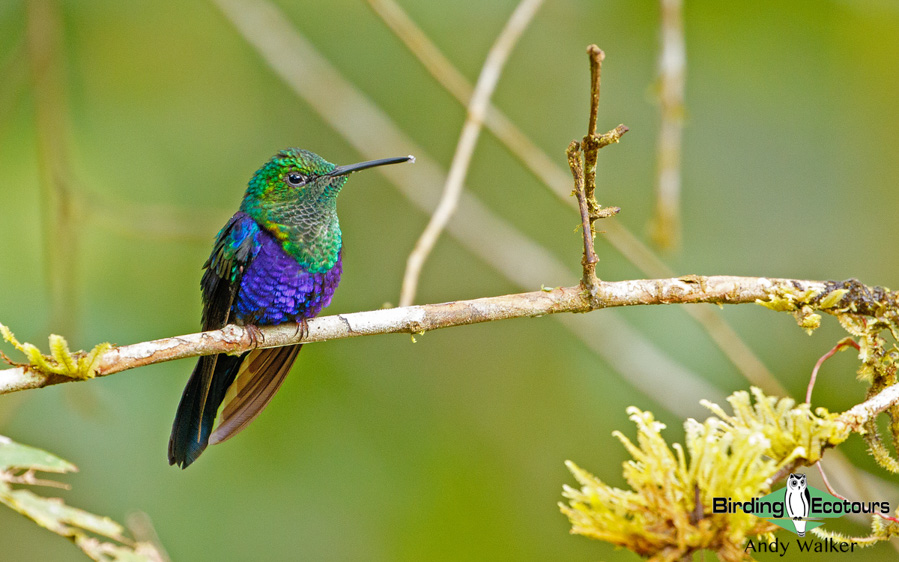 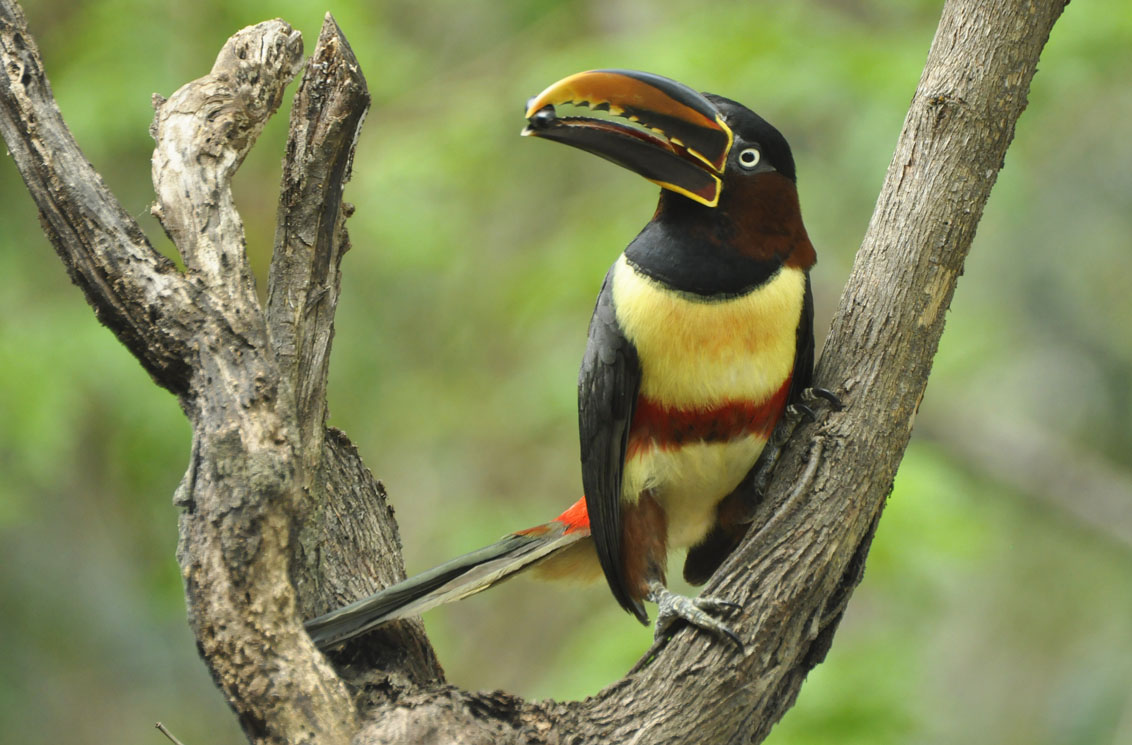 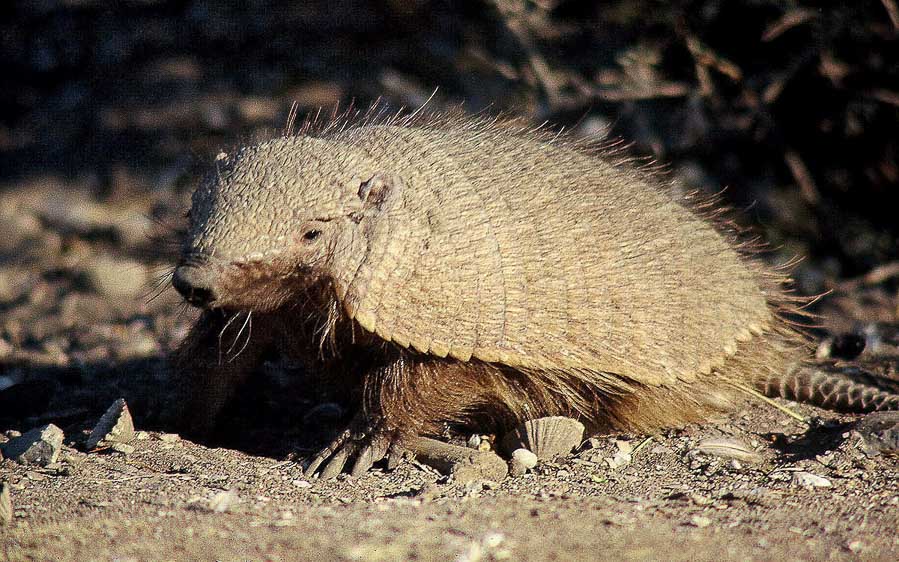 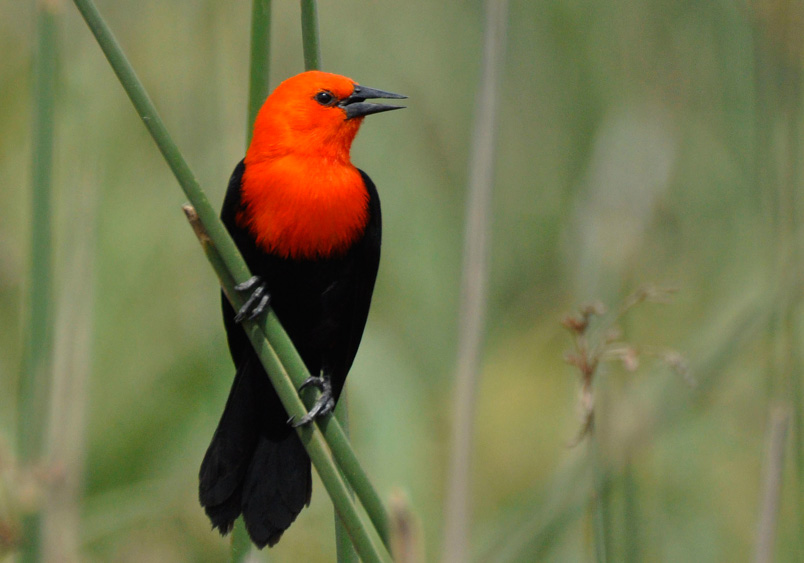 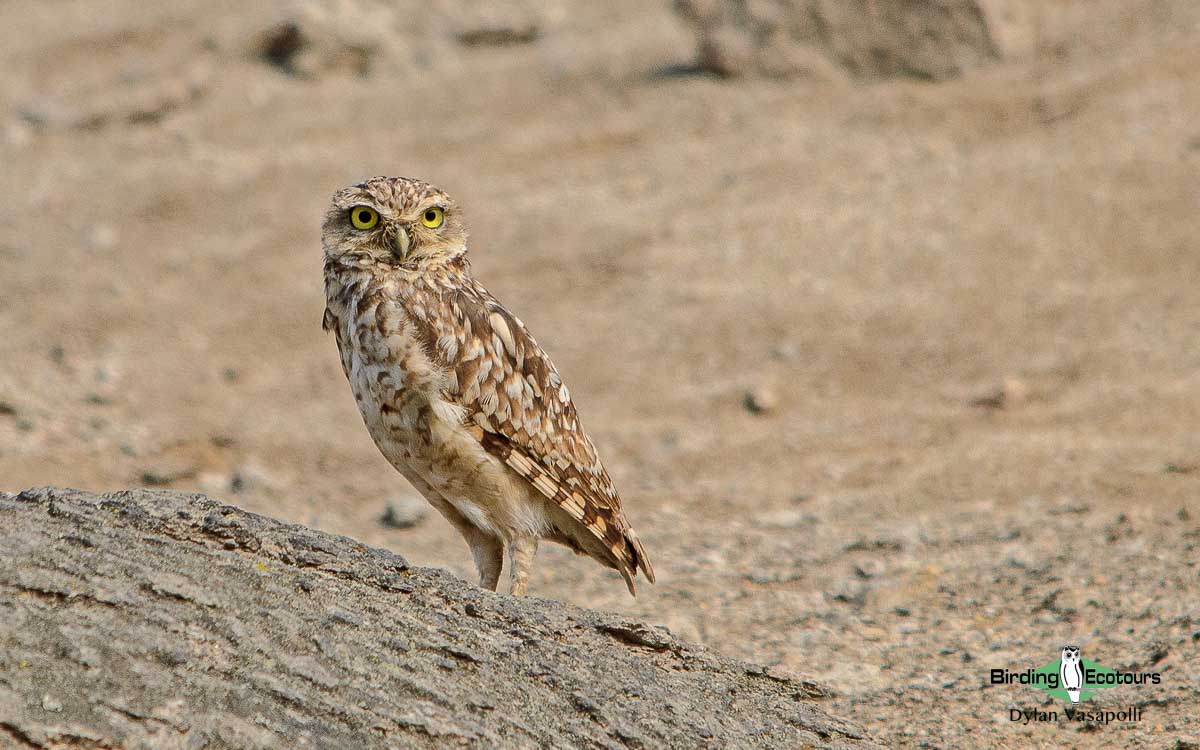 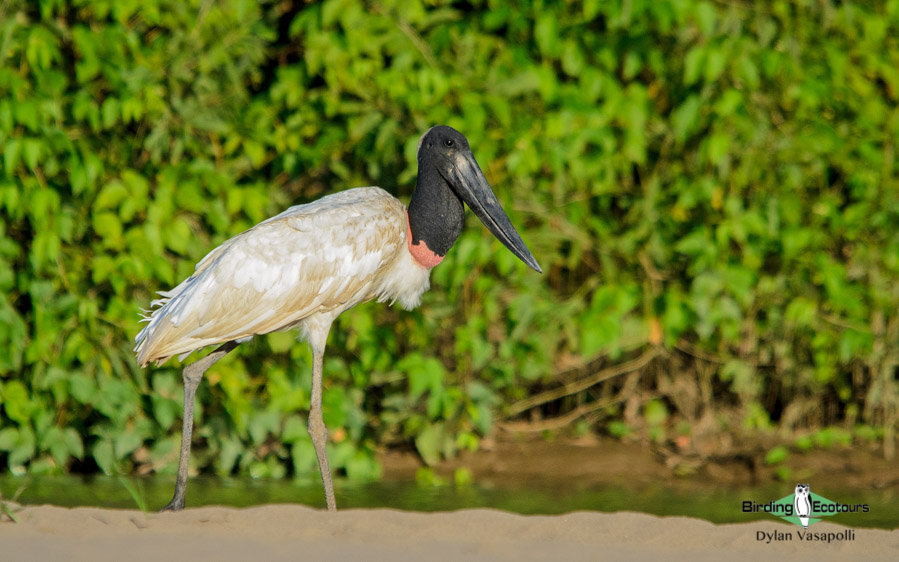 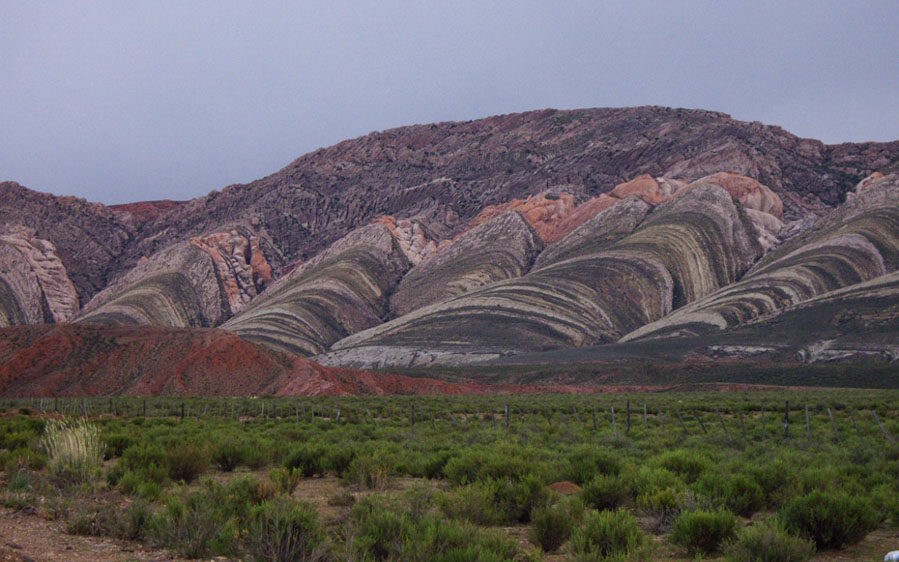 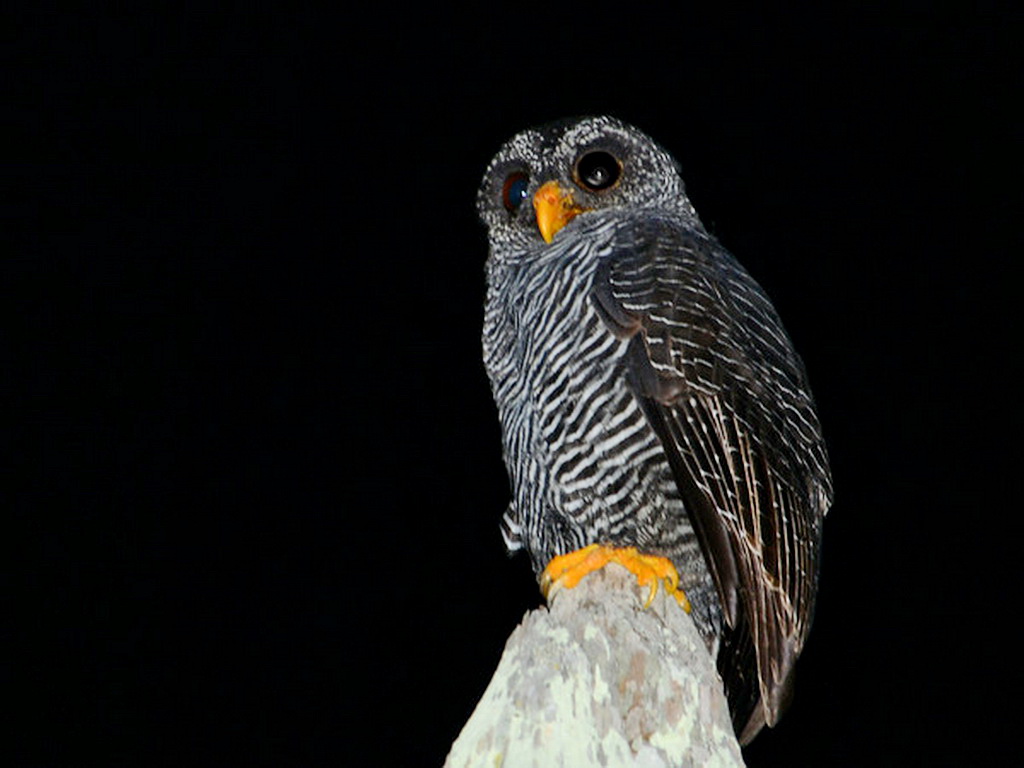 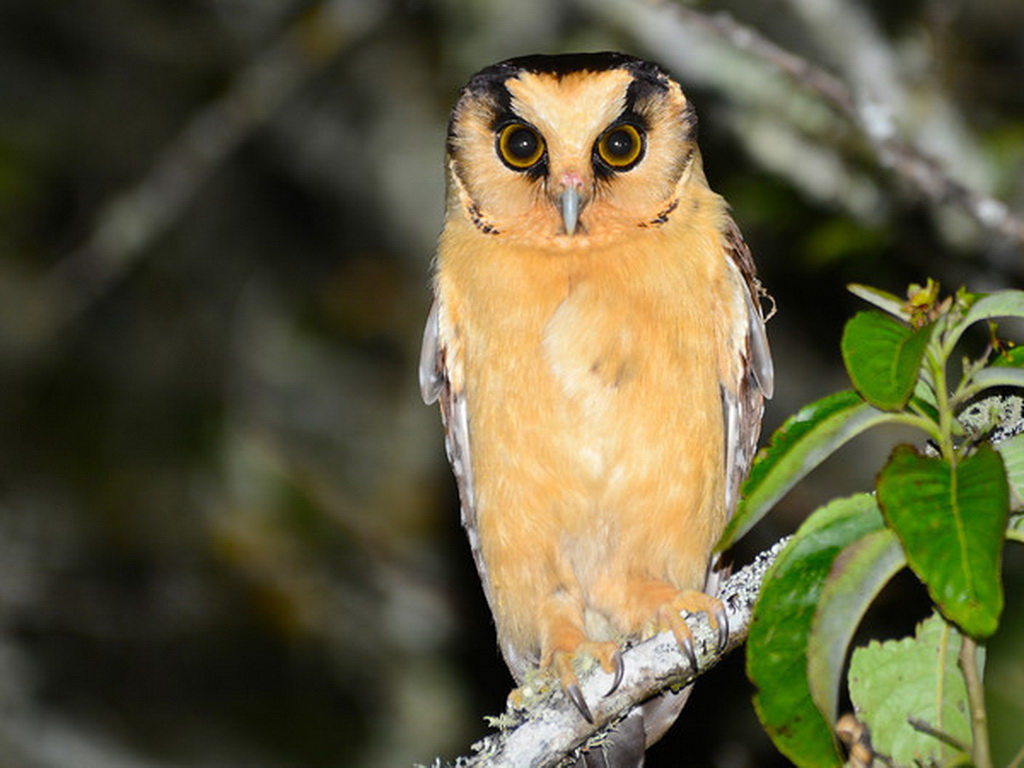 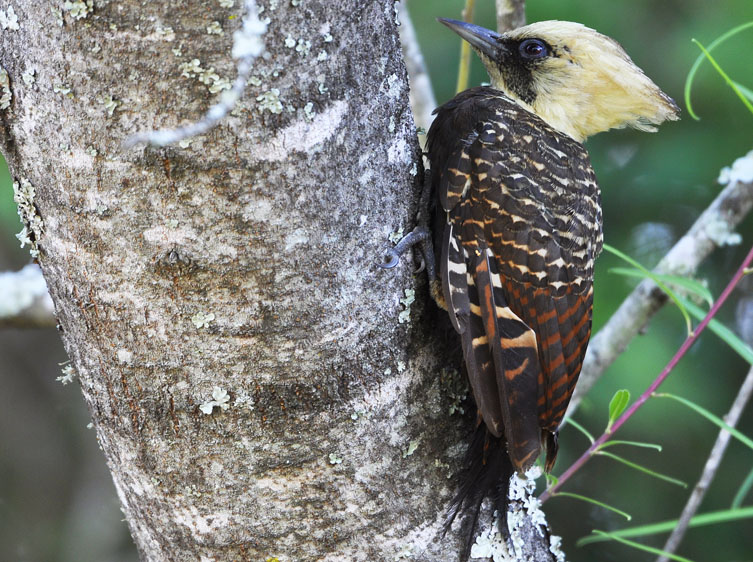 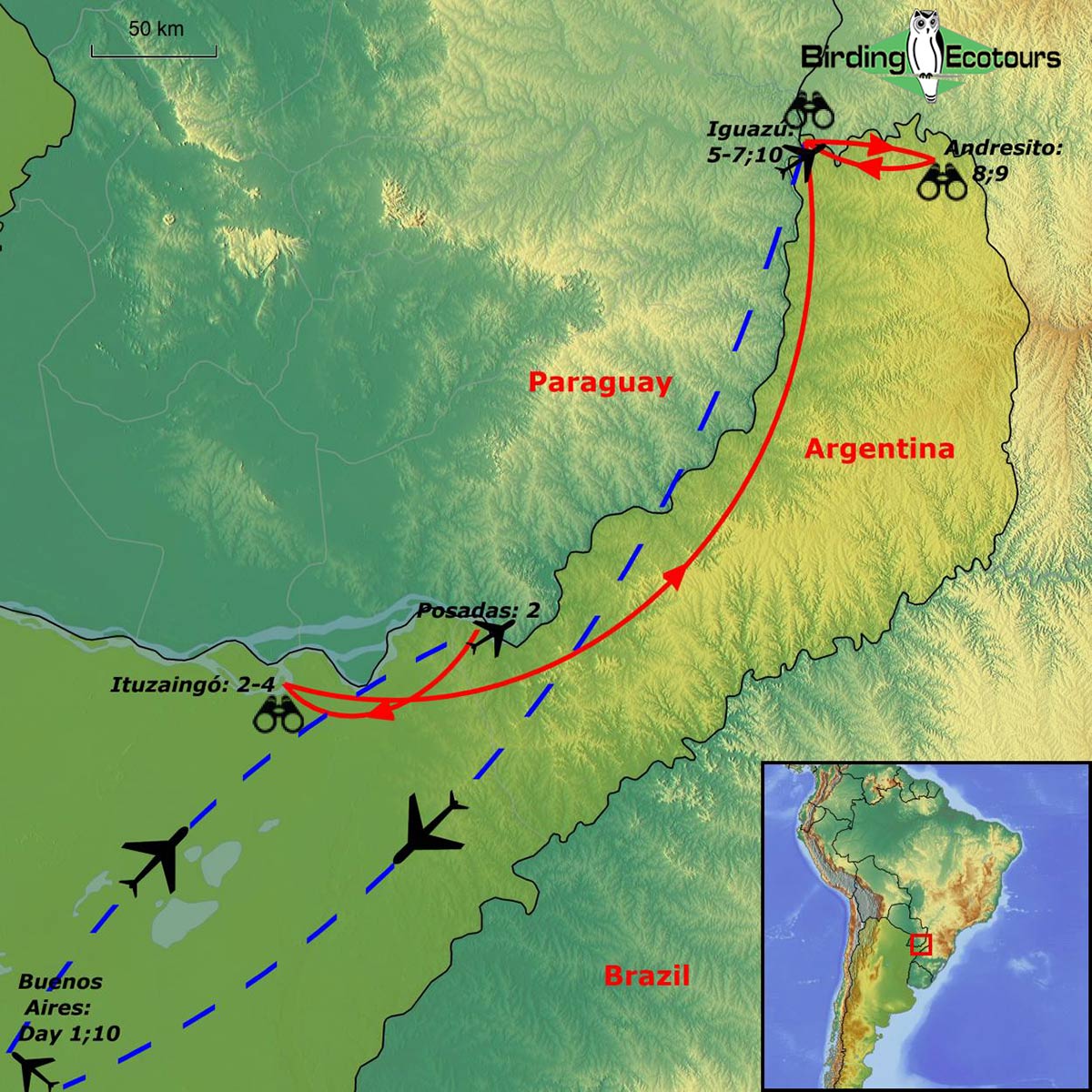