All accommodation (day 1 until day 4 as described above, or similar)
Meals (from dinner on day 1 until breakfast on day 5)
Drinking water – please bring a refillable water bottle
Expert tour leader
Local bird and wildlife guide fees
Birdwatching site entrance fees and travel permits
All ground transport and tolls/taxes while on tour, including airport pick-up and drop-off

For the last 40 years, birders across the world have flocked to Lesvos for the awesome birding that this small Mediterranean island has to offer. Lesvos (part of Greece) is separated from mainland Turkey by just eight miles (14 kilometers) of the Mytilini Strait. Its position, at the borders of two continents, results in the island having a great diversity of bird species, of both European and Asian origin, which simply takes off during the migration season (especially in the spring).

We could see the spectacular Short-toed Snake Eagle while in Lesvos, one of numerous birds of prey possible on the tour.

On this, the third-largest Greek island, extensive areas of very different habitats are found (such as olive groves, pine forest, garrigue, and maquis), while another very important aspect that lures the birds to the island is the number of wetlands that are found here. Lesvos has a surprisingly high bird list for a relatively small island of 343 species (following International Ornithological Congress (IOC) v10.2 taxonomy, as of December 2020), and as such this will prove an excellent short extension to our longer Greece: Spring Birding Adventure on the Greek mainland.

European Bee-eater move through Lesvos in huge numbers in spring.

The main resident bird target on Lesvos is Krüper’s Nuthatch – a really beautiful representative of this large and widespread family (photo Eleni Galinou).

You could also combine our two Greece tours with our Bulgaria and Romania: Balkans in Spring tour which offers a whole host of new species and experiences in two nearby beautiful countries bordering the Black Sea. This provides an ideal combination if you would like to extend your time in this beautiful and unique part of Europe, with some of the other great birds possible including Eastern Imperial Eagle, Saker Falcon, Red-footed Falcon, Wallcreeper (monotypic family), Pied Wheatear, and Semicollared Flycatcher.

We will be met at Lesvos airport and transferred to our nearby hotel in picturesque Skala Kalloni where we will base ourselves for the duration of this tour. Along the way we might get time to look out at sea where we could see Yelkouan Shearwater, Scopoli’s Shearwater, Mediterranean Gull, Yellow-legged Gull, Great Cormorant, and European Shag.

Once we have checked into our accommodation, we will get straight into exploring the local area and familiarizing ourselves with its avifauna, in particular, common species such as Common Nightingale, Eastern Olivaceous Warbler, White Stork, European Bee-eater, Eurasian Hoopoe, Red-backed Shrike, Woodchat Shrike, Eurasian Golden Oriole, Whinchat, and Red-rumped Swallow. These species, plus many more, move through Lesvos throughout the spring passage season and the number and make up of species can vary daily, making for a really exciting time for us. The Lower Tsiknias Valley, not too far from our accommodation, is a great migrant trap and we might find a range of waterbirds, including marsh terns (Black Tern, White-winged Tern, and Whiskered Tern), a range of shorebirds, herons, ibises, and crakes. The scrub here can also be full of warblers and Spanish Sparrows with the adjacent fields an excellent spot for shrikes, chats, and buntings.

Eurasian Hoopoe is one of several totally stunning birds that should be common on Lesvos.

The area around our accommodation could also yield Eurasian Scops Owl, Western Barn Owl, Long-eared Owl, and River Warbler. Once back at our hotel we will discuss the various birding areas on the island and the plan for the next three days when we will target the many highlight birds available by visiting the key sites and habitats for these birds.

The thrill of birding somewhere like Lesvos during the spring migration is that a wide range of species can occur anywhere at any time. While exploring the island over the next few days we will keep an eye open (and skywards) for numerous raptor species that can be possible here, such as Long-legged Buzzard, Short-toed Snake Eagle, Western Marsh Harrier, Montagu’s Harrier, Peregrine Falcon, Eleonora’s Falcon, Red-footed Falcon, Lesser Kestrel, and Levant Sparrowhawk. The same is true for many other groups of birds and so we will be prepared to stop and look, as and when required, it is sure to be an enthralling few days birding.

The tiny Baillon’s Crake is one of a few gorgeous crake species possible on the tour.

Lesvos is one of the best areas in Europe for finding the localized Krüper’s Nuthatch, and we have a wonderful chance to get close-up views of this highly sought-after species when we visit Achladeri Pine Forest. Other forest species that we might see here include Middle Spotted Woodpecker, Short-toed Treecreeper and the local form of Long-tailed Tit. Other breeding species here include Masked Shrike, Woodlark, and Eastern Black-eared Wheatear.

In the island’s olive groves, such as those in the Achladeri area, we should get good sightings of Olive-tree Warbler, Eastern Subalpine Warbler, and Middle Spotted Woodpecker and as we move between Achladeri Pine Forest and Kalloni Gulf wetlands, our other main site for the day. We might call into a rocky outcrop area with the chance of both Western Rock Nuthatch and Blue Rock Thrush.

The Kalloni Gulf is surrounded by different types of coastal wetlands, including a large area of saltpans, making it an ideal place to search for migrating and breeding waterbirds but plenty of other birds can also be found here too. We will be able to see the elegant Black-winged Stilt nesting, plus Little Bittern, Little Egret, Great (White) Egret, Squacco Heron, Grey Heron, Purple Heron, Black Stork, and Ruddy Shelduck on their breeding grounds, together with an excellent variety of shorebirds (waders) such as Collared Pratincole, Eurasian Stone-curlew, Little Stint, Curlew Sandpiper, Kentish Plover, and Little Ringed Plover. We may even find the stunning Spur-winged Lapwing.

Ruddy Shelduck is a stunning species and one of the highlight birds of Lesvos.

We will start the day searching nearby wetlands for species such as those mentioned above plus others such as Pied Avocet, Black-tailed Godwit, Wood Sandpiper, Marsh Sandpiper, Ruff, Common Tern, Little Tern, Black Tern, Whiskered Tern, White-winged Tern, Black-crowned Night Heron, Little Crake, and Spotted Crake which are all possible. We should also see plenty of gorgeous Greater Flamingos here too, along with Eurasian Spoonbill, Glossy Ibis, Common Shelduck, and Garganey, a huge variety of species is possible.

It is also worth scanning the open areas here for Pallid Harrier, Montagu’s Harrier, and Red-footed Falcon, arguably three of the best-looking raptors in Europe. We might also come across flocks of pipits and wagtails, these could include several subspecies of the Western Yellow Wagtail complex (including the stunning black-headed feldegg subspecies), Citrine Wagtail (a shockingly colorful bird at this time of year), Red-throated Pipit, and Tawny Pipit.

Crakes can sometimes be confiding when on migration and we will hope for repeated views of the gorgeous Spotted Crake.

Mount Lepetimnos is another area that is usually particularly good for raptors and we will keep a look out for those as usual, maybe finding Northern Goshawk, Peregrine Falcon, Short-toed Snake Eagle, or Eleonora’s Falcon while here.

We will search for the beautiful Masked Shrike on Lesvos (photo Lavrentis Sidiropoulos).

Lesvos is one of the few islands where you can find Cinereous Bunting, and this species will be our main target for the day as we head out to the west of the island on what promises to be an exciting day. Today is often considered the most enjoyable day on Lesvos, due to the amazing scenery and birds possible.

Other birds we will be looking for in this general area could include Pallid Swift, Eleonora’s Falcon, Chukar Partridge, Common Quail, Lesser Kestrel and proper Rock Doves, not just the standard ‘Feral Pigeons’ that are so widespread around the world now, but their wild ancestors – the real deal! There are bound to be many other interesting birds found throughout the day too.

We should find several gorgeous buntings on this tour, with Cretzschmar’s Bunting being one of the best (photo G. Spiridakis).

We should have time for some early morning birding around our accommodation before we wrap up our activities and make our way to Lesvos Airport for the flight back home in the afternoon.

If you are not ready to head home yet, you could join us for our Bulgaria and Romania: Balkans in Spring tour, which offers an unforgettable experience in the Black Sea region of Europe, where yet more exciting birds await, such as Wallcreeper, Eastern Imperial Eagle, Cinereous Vulture, Spotted Nutcracker, Grey-headed Woodpecker, Syrian Woodpecker, Black Woodpecker, Pied Wheatear, and Semicollared Flycatcher, to name just a few.

Please note that the itinerary cannot be guaranteed as it is only a rough guide and can be changed (usually slightly) due to factors such as availability of accommodation, updated information on the state of accommodation, roads, or birding sites, the discretion of the guides and other factors. In addition, we sometimes must use a different international guide from the one advertised due to tour scheduling. 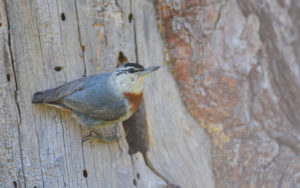 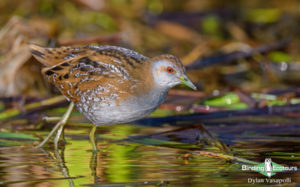 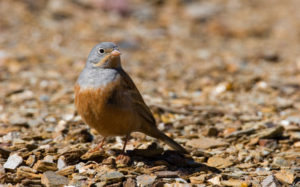 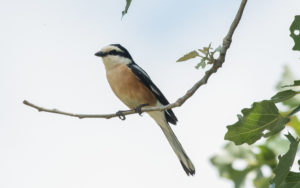 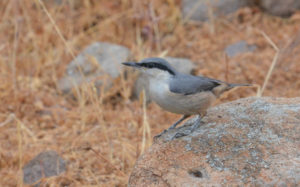 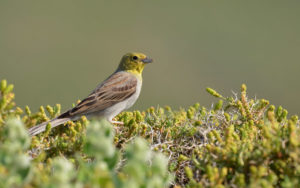 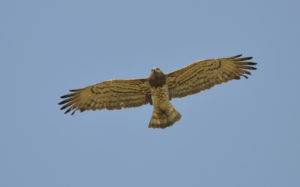 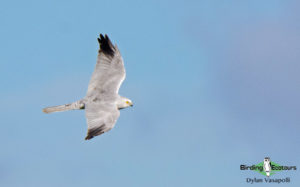 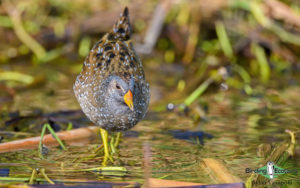 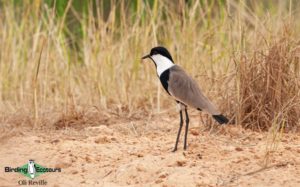 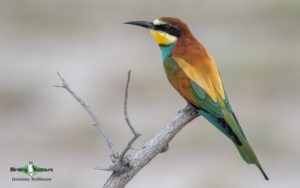 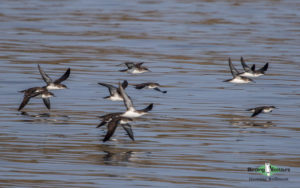 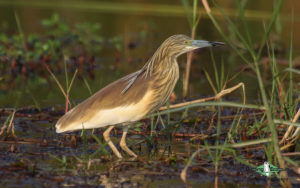 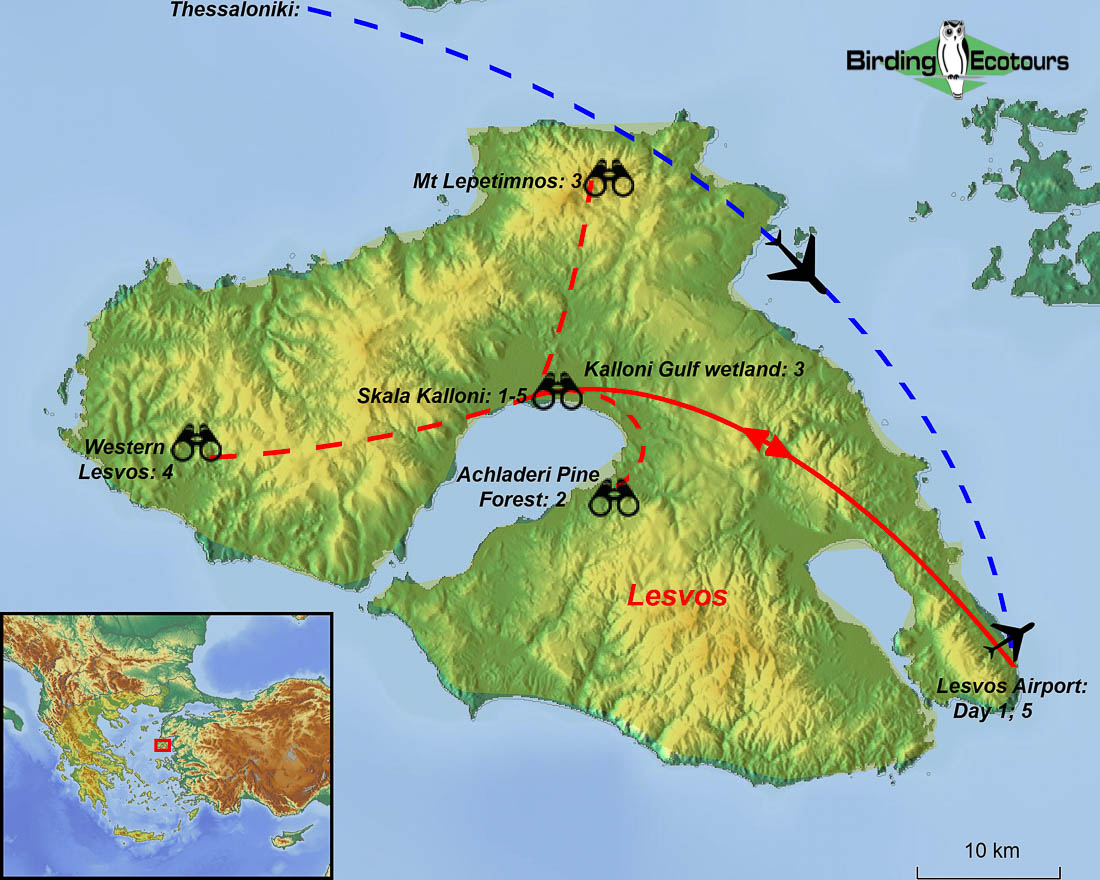 Greece and Lesvos Extension May 2016