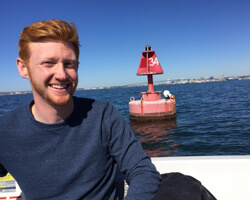 On our southern California extension we target a number of species that are either not found on our northern California tour because many of them reach the northernmost border of their range only in southernmost California or are more easily seen here than elsewhere. Our special targets include Gambel’s Quail, Abert’s Towhee, Neotropic Cormorant, Cactus Wren, Reddish Egret, Black-tailed Gnatcatcher, Yellow-footed Gull, California Gnatcatcher, Inca Dove, Lucy’s Warbler, Vermilion Flycatcher, and Verdin. There is also almost always a rarity or two to be found, in particular at the Salton Sea.

This extension to our northern California tour can also be booked as a stand-alone tour. 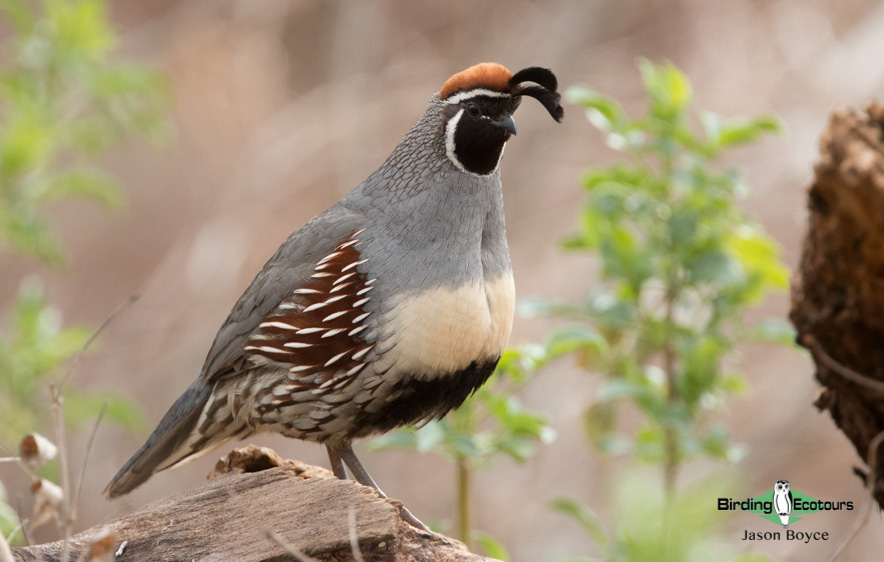 We will be searching for the distinctive-looking Gambel’s Quail.

If you are continuing from our northern California tour (or if you are just joining us for the San Diego and Salton Sea extension), we will make an additional attempt at California Gnatcatcher, after which a few parks in the Los Angeles Basin will be birded in search of migrants. Bolsa Chica is a great spot for terns and shorebirds.  The area is extensive and holds a diverse range of species, including southern herons such as Little Blue Heron and Tricolored Heron.  It is also a rarity hotspot, and maybe we’ll be lucky. We will then drive south to San Diego, where we’ll spend the night.

The morning will be spent birding the Tijuana River Valley and nearby reserves for a number of species with a southern, even Mexican flavor. Aquatic species will be numerous.  We will depart by mid-afternoon and make our way toward the Salton Sea.

Our birding will begin early at the Salton Sea.  It can be fiercely hot and humid here, so the morning will be spent birding, with a siesta in the afternoon, before venturing out again in the early evening.  We will search for Wood Stork, Fulvous Whistling Duck, Gambel’s Quail, Yellow-footed Gull, Inca Dove, Vermilion Flycatcher, Abert’s Towhee, Cactus Wren, Lucy’s Warbler, Black-tailed Gnatcatcher, Verdin, Black-throated Sparrow, and possible rarities.  In recent years the Salton Sea has hosted several Blue-footed Boobies as well as California’s first Ross’s Gull! 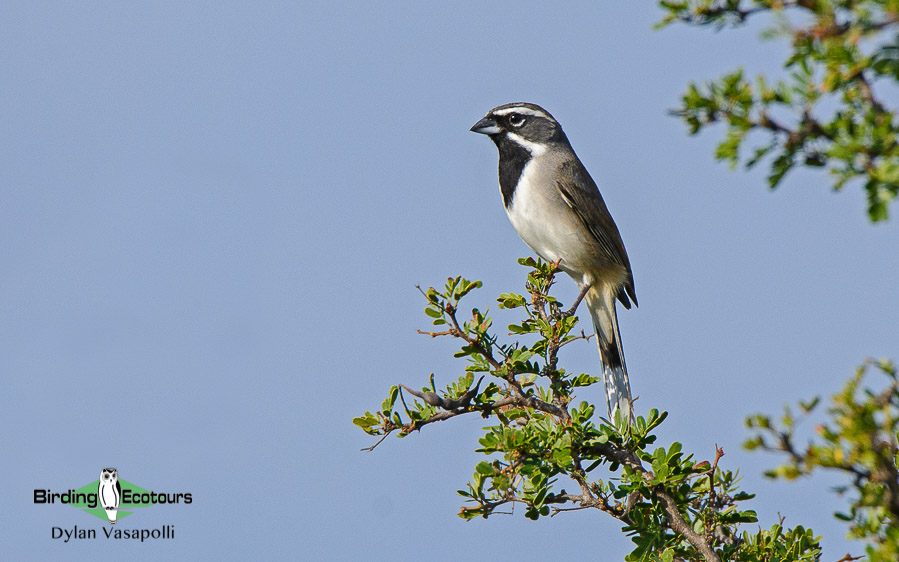 We will return to the Salton Sea to look for anything we may have missed previously, with a mid-morning departure northward toward Banning. Our final afternoon will be spent birding near Banning and in Morongo Valley where we’ll be looking for any species not yet recorded on the tour. We will overnight in the Los Angeles area for an easy morning drive to Los Angeles International Airport (LAX). 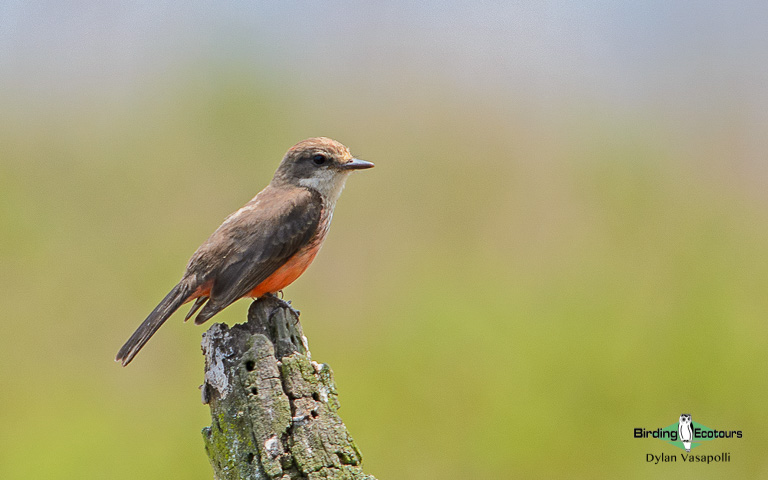 Vermilion Flycatcher, another beautiful species we will be targeting on this extension.

You may schedule an early flight home, as our motel will be near LAX. 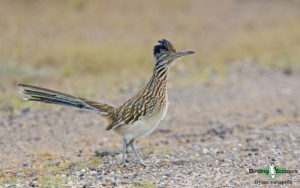 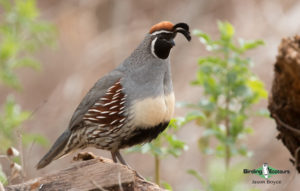 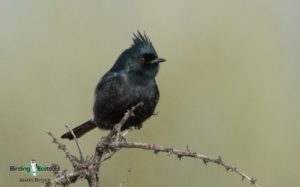 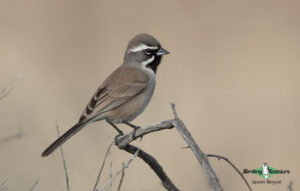 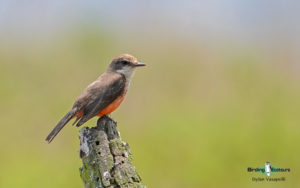 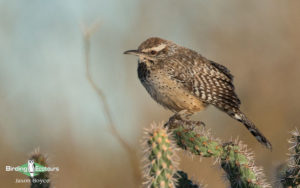 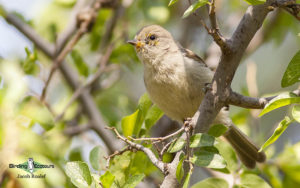 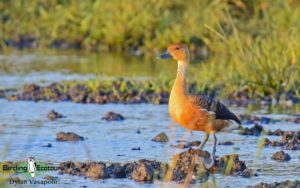 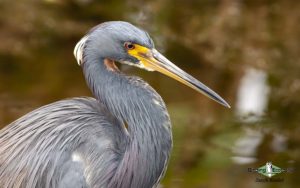 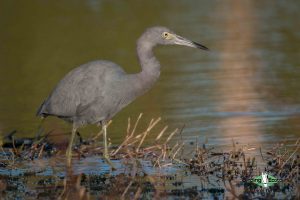 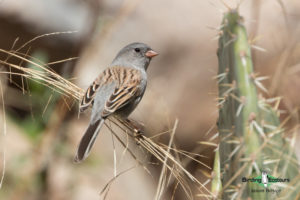 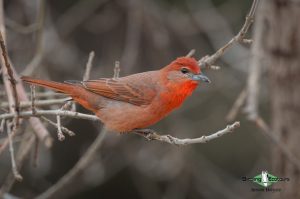 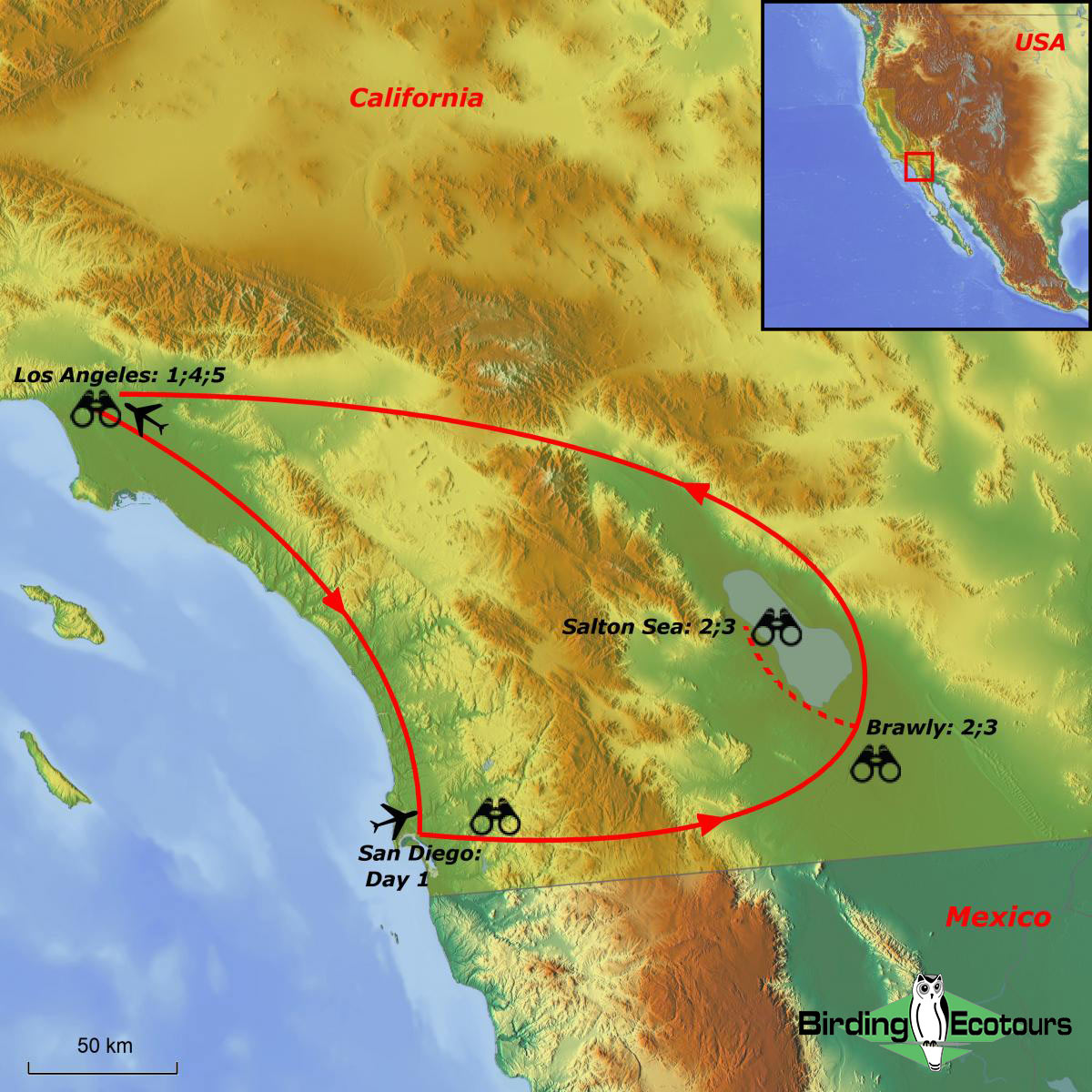