Colombia birding tours are particularly special as Colombia is the country with the largest number of birds on the planet with the remarkable number of 1987 species including 84 endemic species. The reason for this amazing number of species is the country’s complex geography, which almost has no equal in the rest of South America. Near the Ecuadorian border the mighty Andes divide into three distinct, roughly parallel chains, called cordilleras, that extend north-eastward almost to the Caribbean Sea. These cordilleras are separated by two large river valleys, the Magdalena and the Cauca, and each of the six different mountain slopes incorporates a large number of different ecosystems and habitats with an amazing rate of endemism of birds.

A journey through the most representative natural habitats of Colombia will take you to explore the Pacific and Amazon rainforests, lush Andean cloudforest mountains, vast páramos and grasslands lying at the base of snow-capped volcanoes. We will also visit the Colombian Eastern Llanos, the deciduous scrub woodlands on the Guajira Peninsula, pristine Caribbean beaches and mangroves, and the unique Sierra Nevada de Santa Marta, an isolated mountain range in northern Colombia that juts from sea level to 5,700 meters (18,700 feet) just 42 kilometers (26 miles) from the Caribbean coast and is home to not less than 22 endemic bird species.

New species are still being discovered in Colombia, such the new species of Grallaricula antpitta in the Farallones National Natural Park of Cali in 2019. Colombia also still holds untouched regions like the Serranía de Chiribiquete, a group of isolated table mountains in the Colombian Amazon reminiscent of the Venezuelan tepuis and the Colombian Serranía del Darién range near the Panama border, where due to the lack of ornithological expeditions in the last 30 years new species are believed to be discovered in upcoming years.

Unfortunately the magic of this amazing country was clouded by tragic episodes of internal conflicts and drug trafficking, but thankfully those days have vanished like a bad dream. Today the wonderful people of Colombia are doing their best to move their country forward, providing visitors with incredible travel experiences in national parks like Tayrona National Natural Park and Tatamá National Natural Park and a network of nature reserves including Rio Blanco Nature Reserve, Otún-Quimbaya Flora and Fauna Sanctuary, El Dorado Nature Reserve, and El Paujil Nature Reserve. These wildlife areas represent some of the last refuges of the Endangered Spectacled Bear! Colombia also is home to the impressive Museum of Gold in Bogotá, the beautiful Caño Cristales River noted for its striking colors, the colonial and colorful city of Cartagena, delicious coffee, tropical dancing, the literary magic of Nobel-prize-winning novelist Gabriel García Márquez, and probably the kindest people of Latin America. After almost 10 years of running tours in Colombia we wholeheartedly agree with the country’s slogan, “Colombia, the only risk is wanting to stay”. 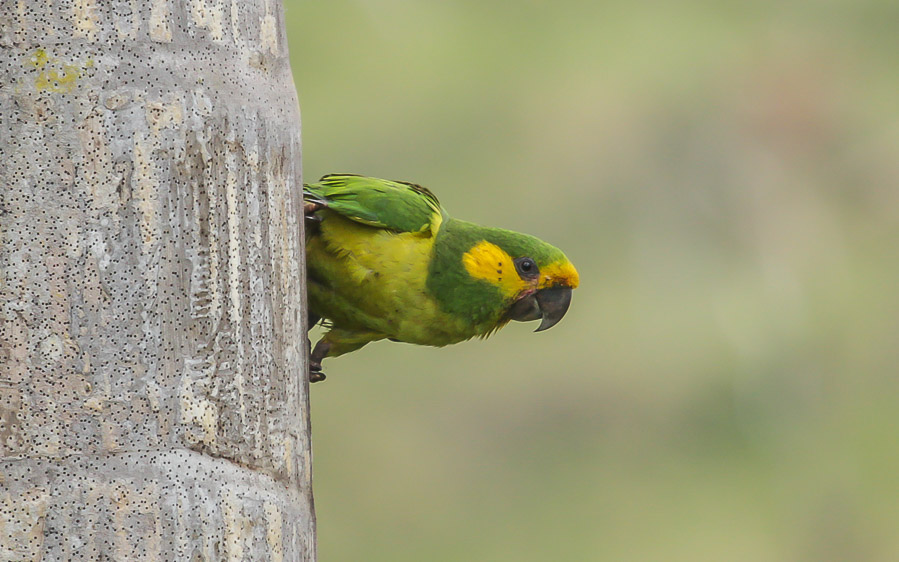 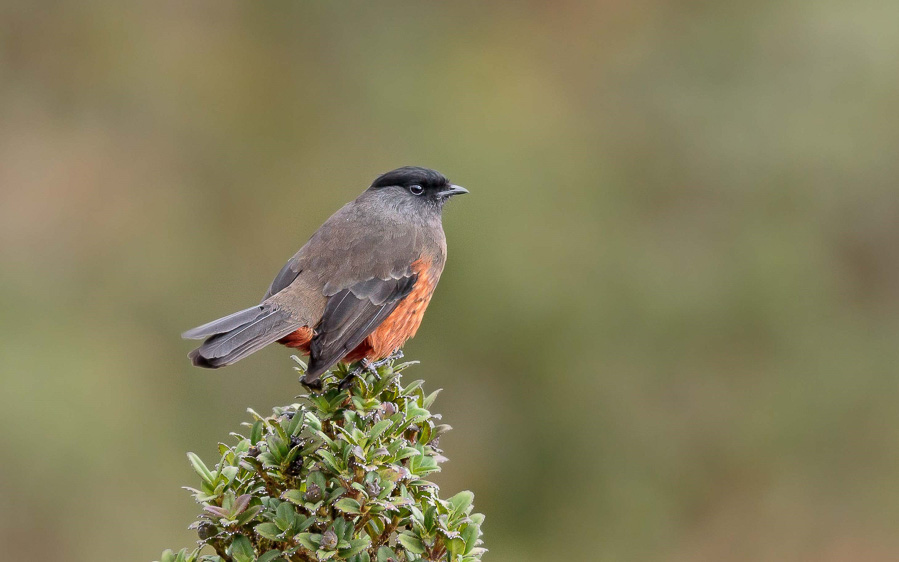 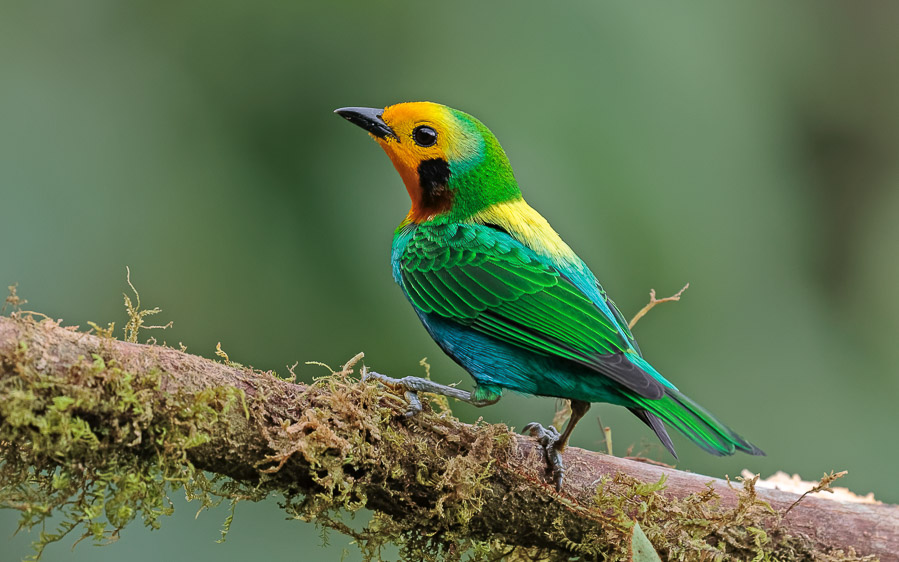 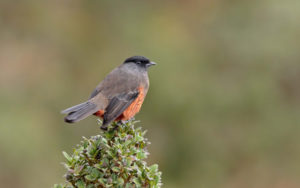 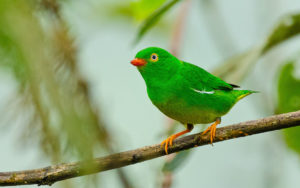 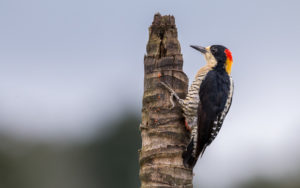 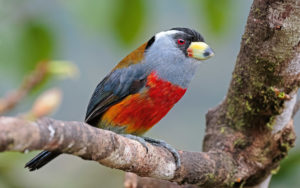 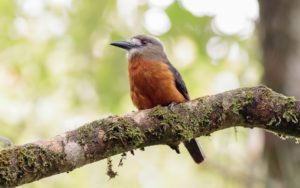 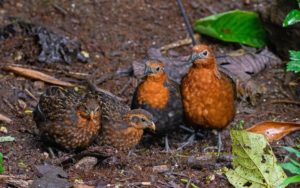 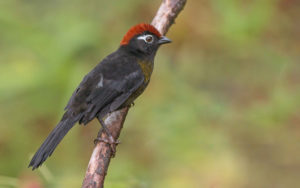 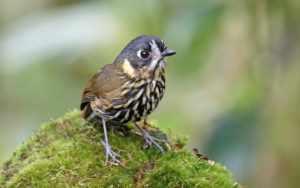 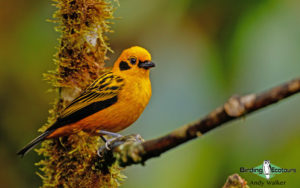 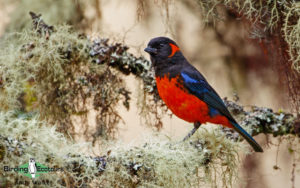 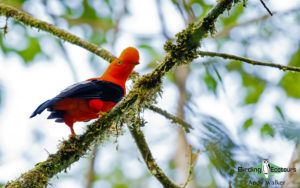 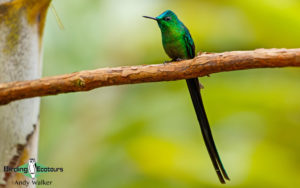 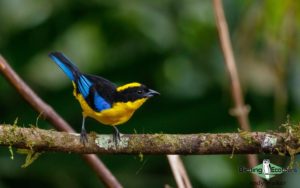 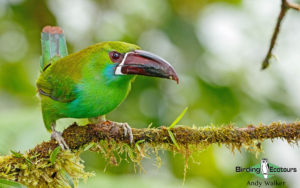 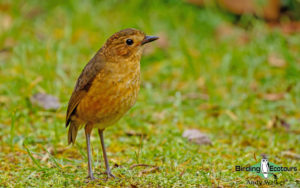 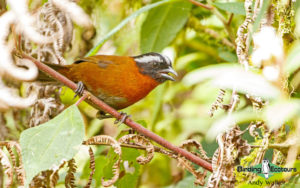 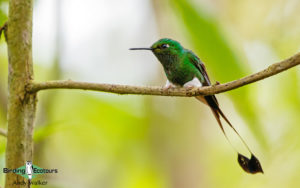 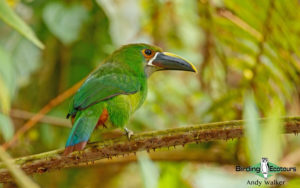 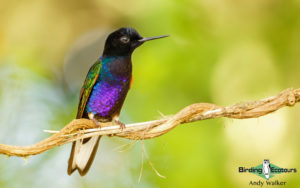 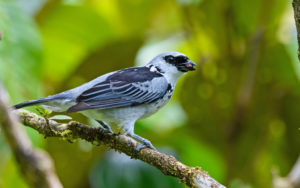 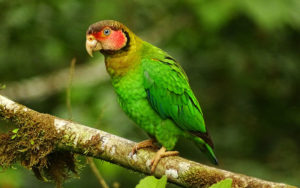 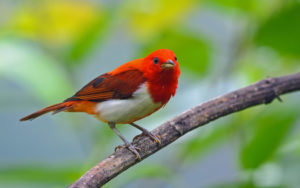 Testimonials from our Colombia birding tours

The Classic Colombia tour was so wonderful. I cannot say enough about how great it was. Eduardo is/was fantastic as a guide and leader. The itinerary was also great, and he has a warm relationship with local guides and lodging hosts. I have zero complaints! An added bonus was having Giancarlo Ventolini as a driver and extra guide for much of the trip. That young man was a sweetheart, a super driver as well as a really good and knowledgeable birder. He has a lot of potential for being a bird guide in the future. I wish you could see how well we all got on. I thank you for allowing a tour with only two participants. We four became good friends and had so much fun together. Honestly, with the difference in ages, it was not expected. I am old enough to be mother to Eduardo and Anne, and a grandmother to Giancarlo. Yet we truly had a blast! You do have a treasure in Eduardo as your employee. He made the tour perfect for me. I hope to do another trip with him in the future. Good birding!

Betty - On Eduardo and Colombia

I feel that our trip to Colombia was one of the most enjoyable and rewarding bird tours I have ever been on. You did an excellent job of planning, guiding and looking after the logistics on the tour. Colombia is a pleasure to travel in with very friendly people, excellent roads and pleasant, clean accommodation. Even the more basic places were comfortable, clean and quiet. Santa Marta is a wonderful place with plentiful birds and fantastic scenery. Rio Blanco was my favorite part of the tour with the antpittas and Ocellated Tapaculo at my feet. Otun Quimbaya with Red-ruffed Fruitcrows as yard birds was also a very enjoyable. In all parts of the country I never felt at risk. Colombia is now a safe, rewarding country to travel in. I can hardly wait to return.

Jim - On Eduardo and Colombia

Giancarlo was an excellent guide. He is very knowledgeable about the birds of Colombia and a very pleasant person to be with. He was good at seeing and hearing birds and then using the tapes to draw the birds in. It was also very good that he wasn't using a camera. We've had guides who were more focused on getting photographs for themselves rather than helping us get the photographs. We were very impressed by the sheer number of birds we saw and the range of interesting and beautiful habitats on our 2020 Best of Colombia birding tour. We really did think we were seeing the best of Colombia from a birding perspective. Giancarlo was an excellent guide and a very nice person to be with for 3 weeks. It was also very nice that there were just the three of us and we weren’t in a large group.

John and Maggie - On Giancarlo and Colombia

We have been on numerous Birding Ecotours trips. Each trip has been fantastic including our recent trip to Colombia. The trips are very well organized and the bird guides and drivers are excellent. On our recent seven day bird trip of the northern Colombian coast we saw numerous shore birds, birds of drier bush and birds of the Sierra Nevada mountains. We saw most of the Santa Marta endemics. We felt safe and comfortable throughout the trip.

Laurie - On Colombia
We can run any of our tours privately at any time and can also arrange custom itineraries!
CONTACT US