All flights
Any activity or service on day 1 (if arriving in the morning)
Dinner on day 1 in Quito and Dinner on day 16 in Quito
Personal health and trip cancellation insurance
Drinks and alcoholic drinks
Personal expenses such as laundry, minibar expenses, internet access, phone calls, etc.
Gratuities (please see our tipping guidelines blog)
Any expenses on day 17 except breakfast and transfer to the airport 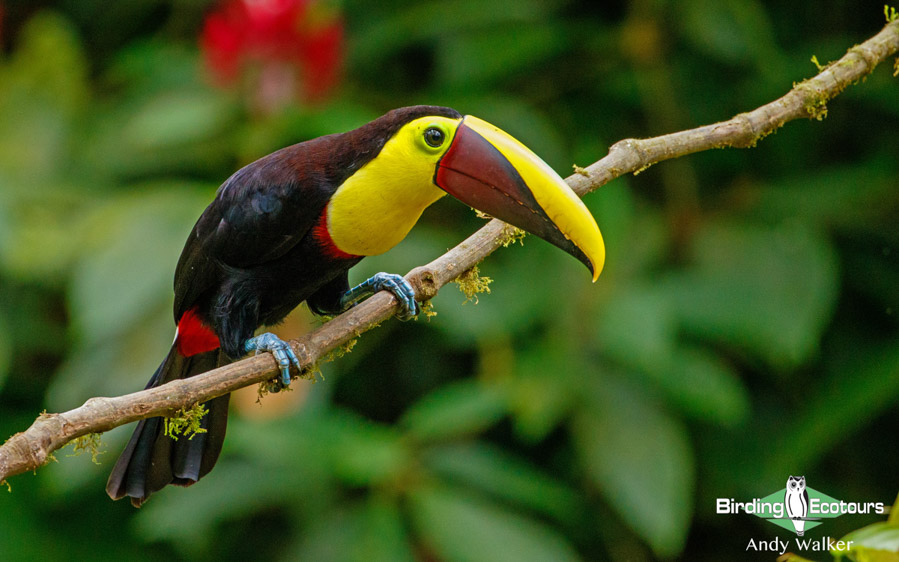 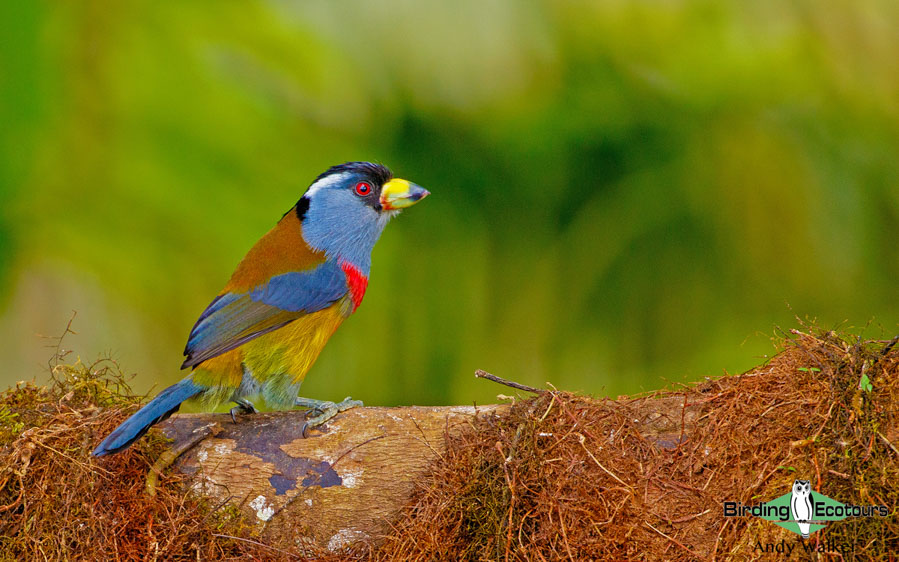 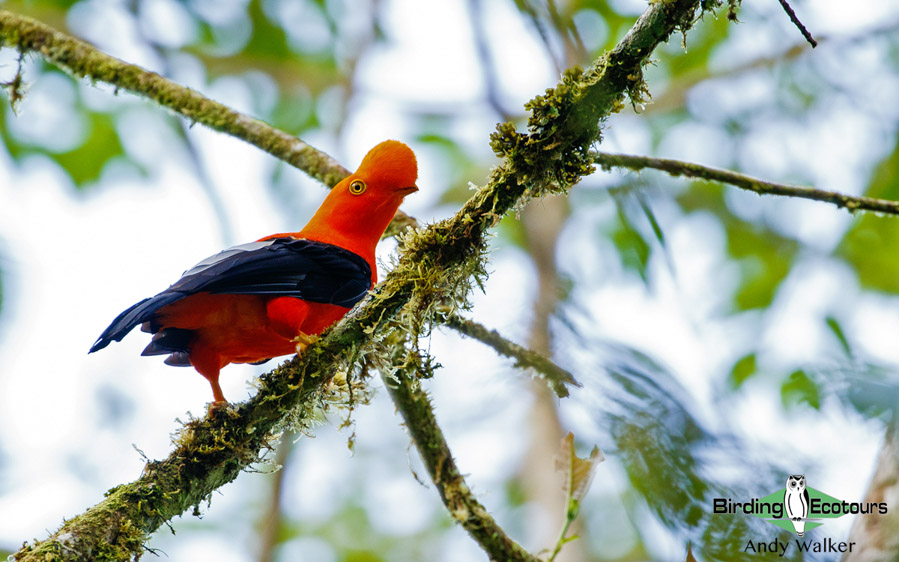 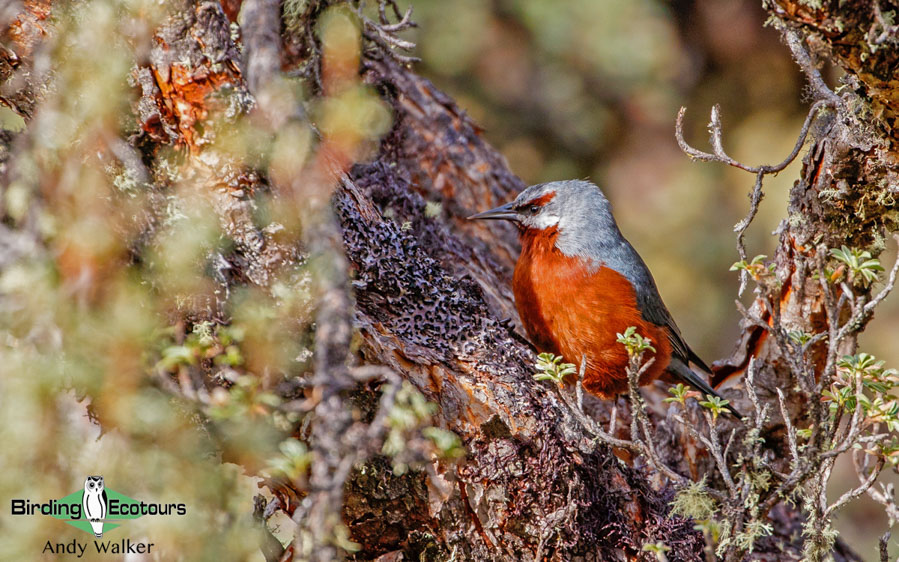 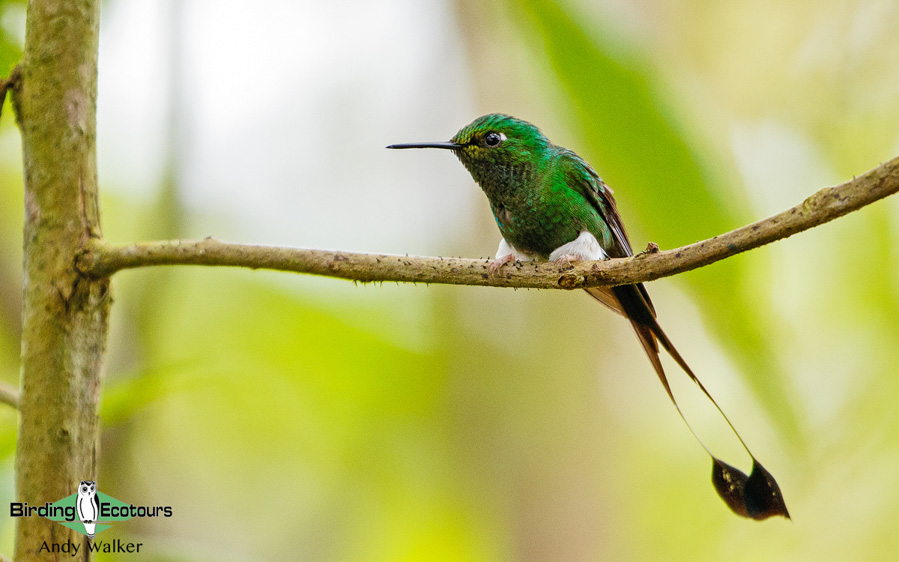 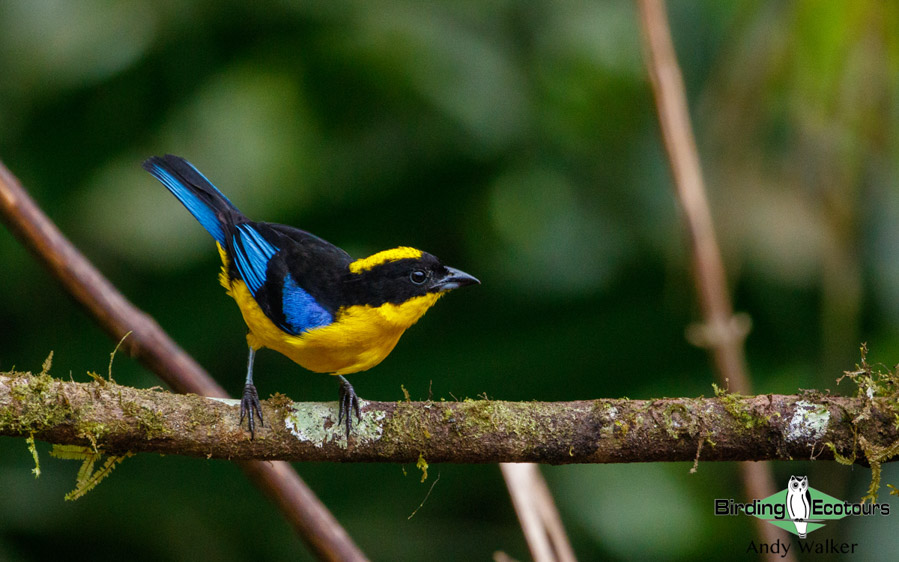 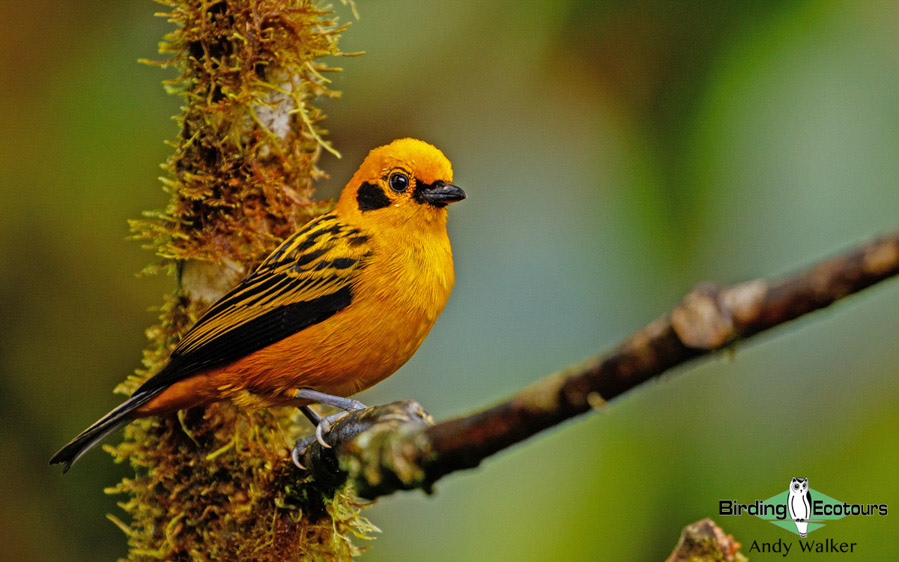 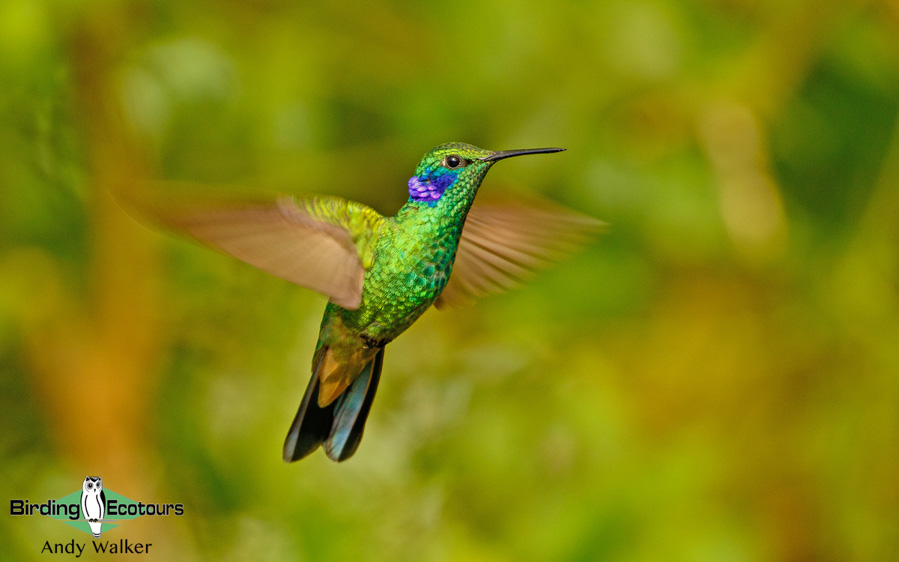 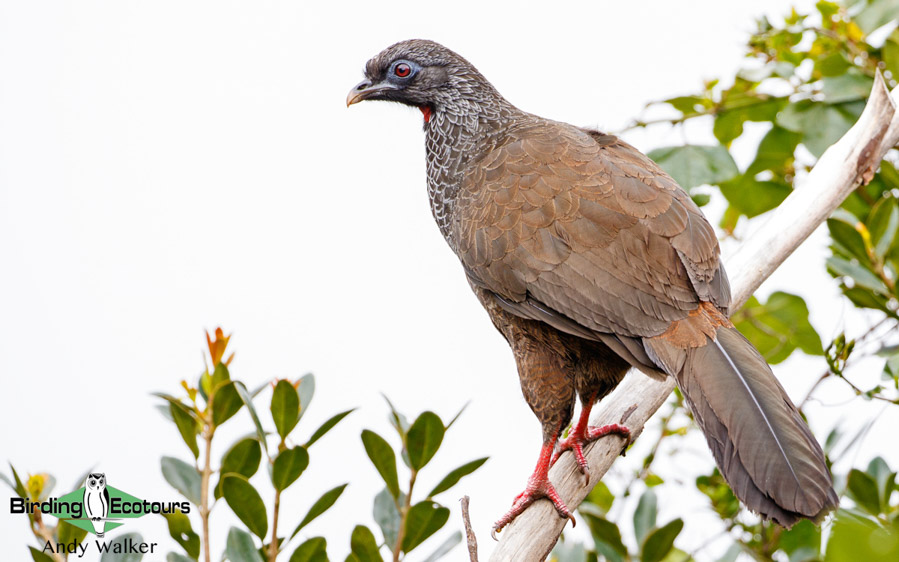 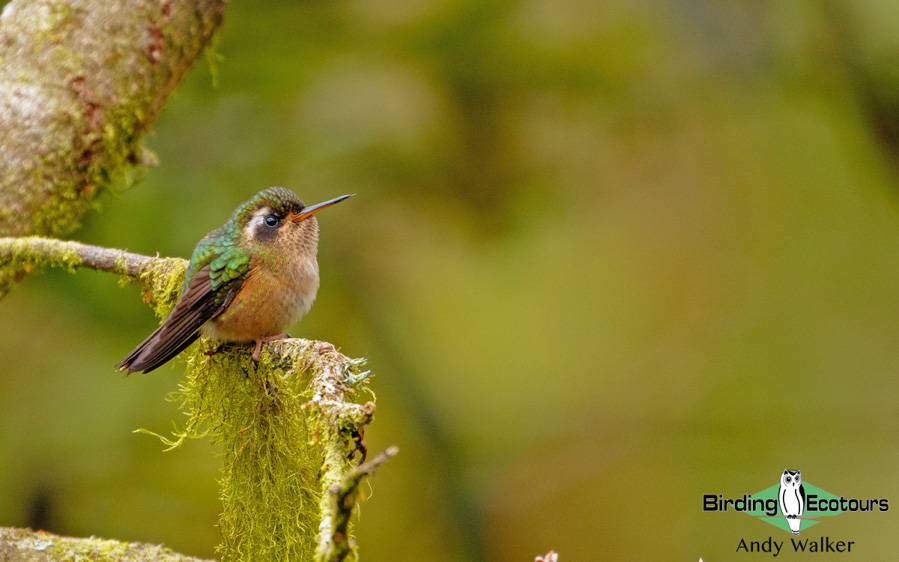 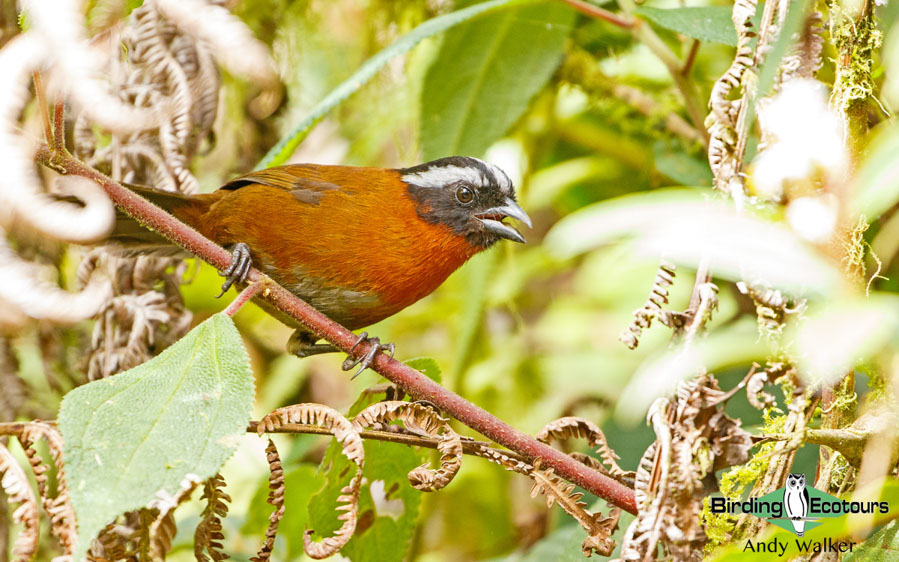 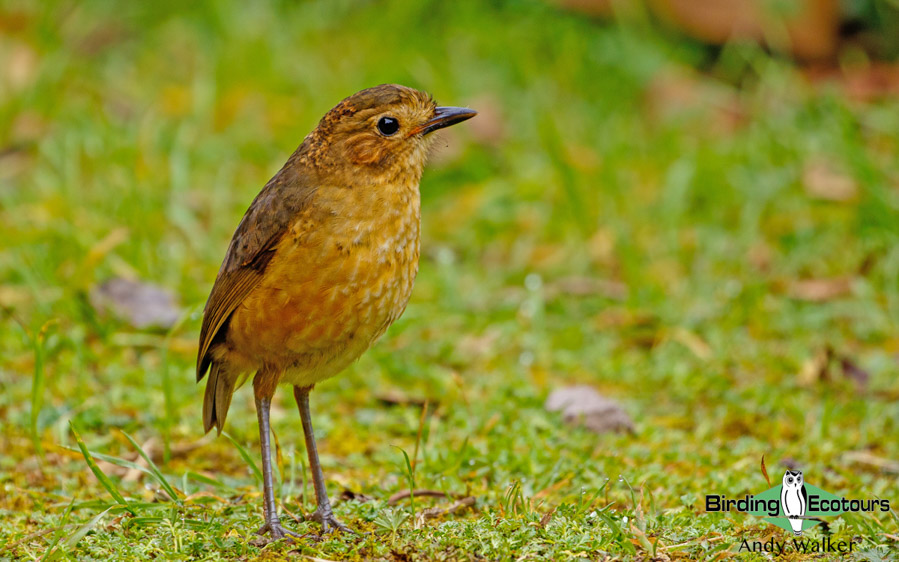 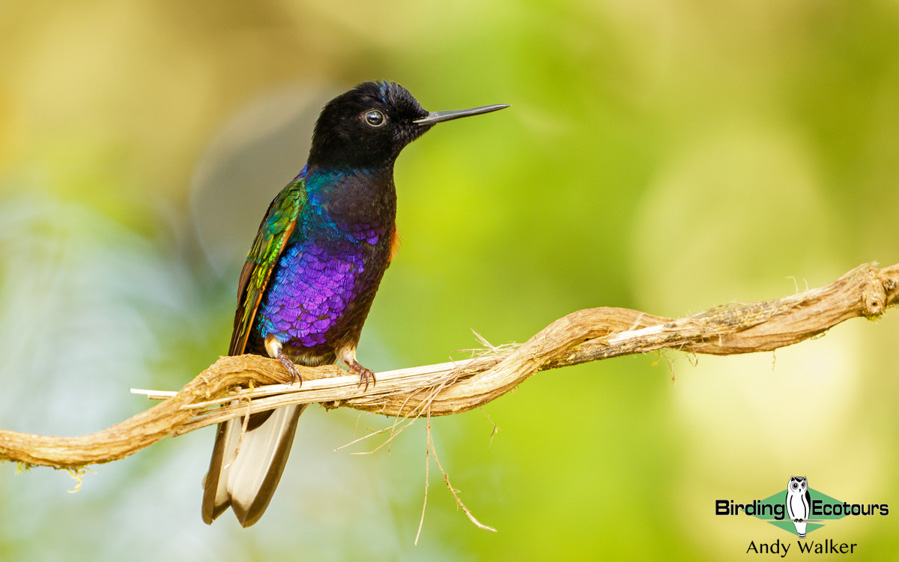 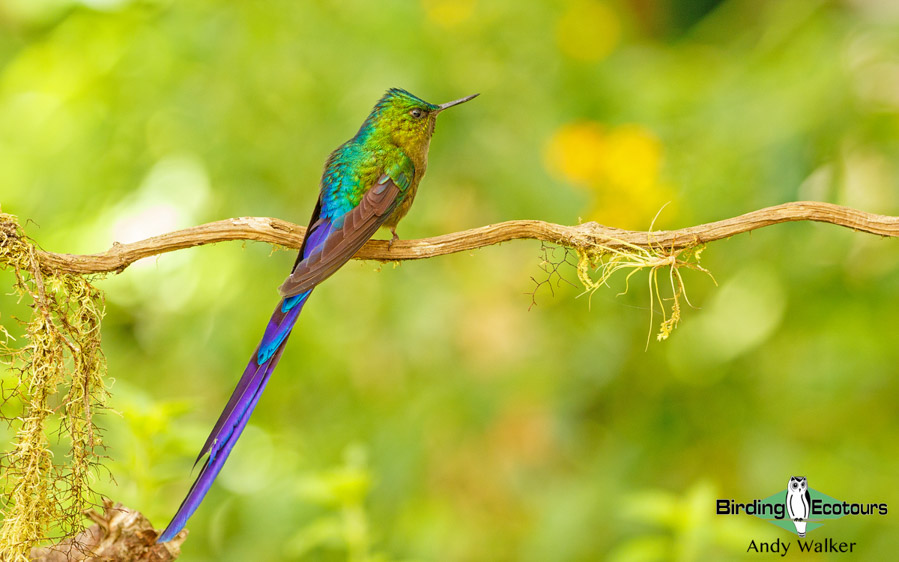 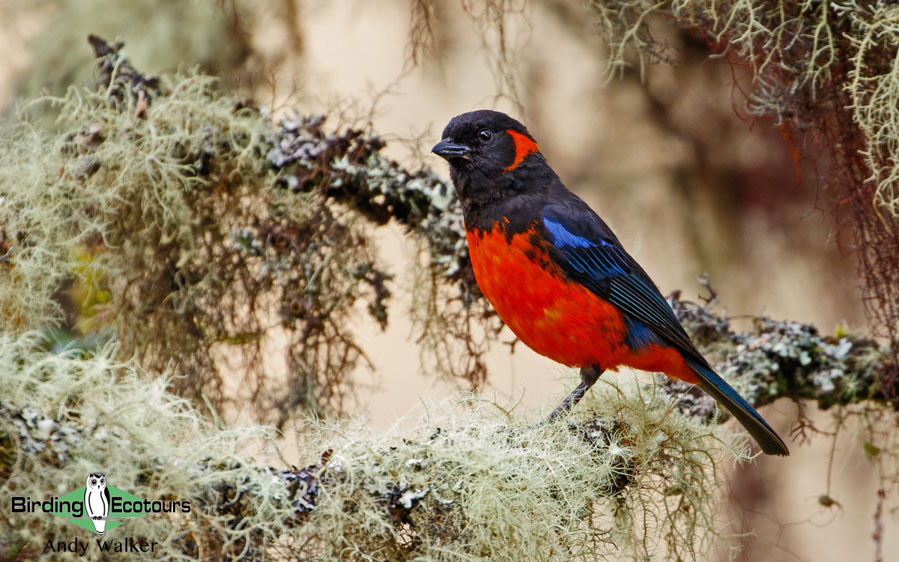 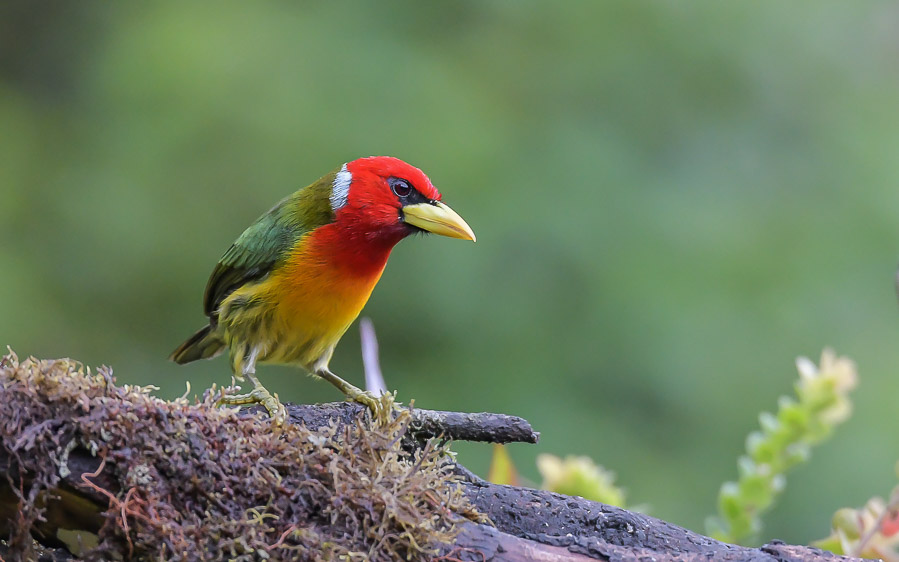 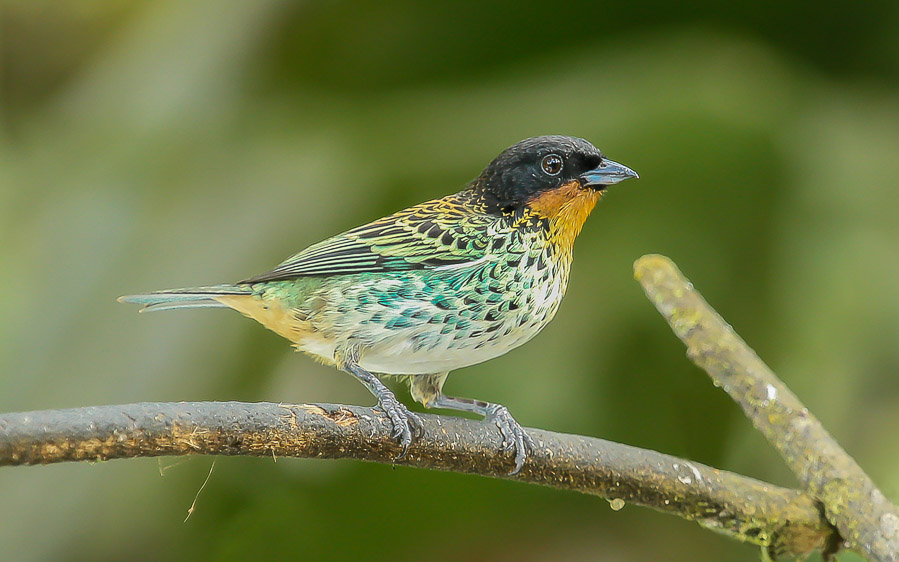 Ecuador has the highest bird species diversity per square kilometer on the planet and offers some of the best birding in South America. Due to the short distances to drive, good tourist infrastructure, and wonderful lodges and other facilities for birders, including a multitude of hummingbird and anpitta feeder stations as well, Ecuador is perhaps the obligatory destination on the continent!

Northern Ecuador is truly a birding paradise. You will have the chance to see the best of the country in terms of birding. The west and east slopes of the Andes together make for an exciting 16-day tour.

We invite you to join us and enjoy this birding paradise!

This trip can be combined with our preceding Ecuador: The Amazon tour and/or with our following  Galápagos: Natural History Extravaganza tour.

You will arrive at the Mariscal Sucre International Airport in Quito. Your guide will be waiting for you to help with your baggage, take you to your hotel, and go over the schedule for the next day.  Dinner is on your own.

Today we will start our adventure early to explore the Yanacocha Reserve on the north-western side of the Pichincha Volcano.  We will visit our first hummingbird feeders with incredible species such as Sword-billed Hummingbird, Buff-winged Starfrontlet, Shining Sunbeam, Tyrian Metaltail, Sapphire-vented and Golden-breasted Pufflegs, Lesser Violetear, and Great Sapphirewing. If we are extremely lucky we might find the Critically Endangered (IUCN) and seldom-seen Black-breasted Puffleg. Other birds include Scarlet-bellied Mountain Tanager, Barred Fruiteater, Andean Guan, Rufous Wren, Tufted Tit-Tyrant, White-throated and White-banded Tyrannulets, Brown-backed Chat-Tyrant, Tawny Antpitta, Rufous Antpitta, Spectacled Whitestart, Great Thrush, Red-crested Cotinga, Blue-backed and Cinereous Conebills, and much more for our first introduction to Ecuador birds. After lunch we will continue birding along the Old Nono-Mindo Road, and with luck we will spot our first Plate-billed Mountain Toucan.

After an early breakfast we will visit the upper portion of the Tandayapa Valley and the Bellavista Cloud Forest Reserve.  Here we will look for Toucan Barbet, Green-and-black Fruiteater, Masked Trogon, Blue-and-black Tanager, Blue-winged Mountain Tanager, Strong-billed Woodcreeper, Crimson-mantled Woodpecker, Cinnamon Flycatcher, White-winged Brushfinch, Grey-breasted Wood Wren, Grass-green Tanager, Andean Guan, and White-throated Quail-Dove. We will put all our efforts into localizing the most wanted Ocellated Tapaculo and Tanager Finch.

The Bellavista feeders include hummingbirds such as Speckled Hummingbird, Collared Inca, Buff-tailed Coronet, Fawn-breasted Brilliant, and Gorgeted Sunangel. We will return to Sachatamia Lodge and look for Lyre-tailed Nightjar, Black-and-white Owl, and hopefully Colombian Screech Owl.

This is one of the most special days of the tour, as it focuses on finding one of the most wanted species in the Neotropics, the sought-after Rufous-crowned Antpitta. Restricted to the remaining Chocó habitat of western Ecuador and western Colombia, the Rufous-crowned Antpitta is very elusive and almost impossible to be seen in most of its habitat, and it was a dream to lay eyes on it. In recent years, with the boom of antpitta feeding stations in northern South America, the Ecuadorians managed to attract this amazing species to a worm feeding station.

In the afternoon we will return to Sachatamia for dinner and the night.

Refugio Paz de las Aves and Angel Paz are synonymous with respect to birds and antpittas, as the first person to attract and feed antpittas at worm feeder stations, Angel Paz, has turned his property from a ranch into a birders’ paradise. We will have an early start to watch the Andean Cock-of-the-rock lek. After their show we should be able to come across Giant Antpitta, Yellow-breasted Antpitta, Chestnut-crowned Antpitta, Moustached Antpitta, Ochre-breasted Antpitta, and Rufous-breasted Antthrush devouring a worm buffet.

We will take some time to visit the Alambi Cloud Forest Reserve’s hummingbird feeders and fruit feeders, which are frequented by Red-headed Barbet, Crimson-rumped Toucanet, and Golden Tanager. Then we will return to Quito, looking for Giant Hummingbird on the way.

After a full morning birding the Laguna de la Mica in the reserve we will stop for lunch at Tambo Condor, another area of the reserve. In the afternoon we will drive to Termas de Papallacta.

Before breakfast, depending on the weather, we will backtrack slightly to visit the highland paramo of Papallacta, looking for the most wanted Rufous-bellied Seedsnipe. Other birds here include Brown-backed Chat-Tyrant, Plumbeous Sierra Finch, Chestnut-winged Cinclodes, Many-striped Canastero, Streak-throated Bush Tyrant, Paramo Ground Tyrant, White-chinned Thistletail, Sedge Wren, Brown-bellied Swallow, Glossy Flowerpiercer, Black Flowerpiercer, and more. We will return for a late breakfast and depart around midday to make our way to our next accommodation, Cabañas San Isidro.

We will arrive at WildSumaco Lodge in the afternoon, and with luck we will have good birding activity along the road with species such as Plumbeous Pigeon, Speckled Chachalaca, Yellow-throated Toucan, Gilded Barbet, Lineated Woodpecker, Collared Trogon, Many-banded Aracari, Lemon-browed Flycatcher, Turquoise Tanager, Golden-eared Tanager, White-lored Euphonia, Bronze-green Euphonia, Foothill Elaenia, Saffron-crowned Tanager, Lettered Aracari, and Sickle-winged Guan. At night we will try for Band-bellied Owl around the lodge.

After breakfast and the last birding morning at WildSumaco we will begin our return to Quito. Before crossing the Papallacta pass we will stop for the afternoon and a night at Guango Lodge.  We will spend the afternoon around the lodge.

After a late breakfast we will go and visit the Papallacta area again in case we missed some of the species during our first visit. We will try for Rufous-bellied Seedsnipe and also for Agile Tit-Tyrant and Giant Conebill.

We will arrive at our hotel in Quito for a late lunch, and you can have a day-use of the hotel to take a shower, organize your luggage, and be transferred to the airport in case you have an evening or midnight flight. Participants who decide to spend the night in Quito and fly back home early in the morning can do that without extra charge.

Day 17. Transfer to the airport and departure

Participants who have an early flight after breakfast will be transferred to the airport. 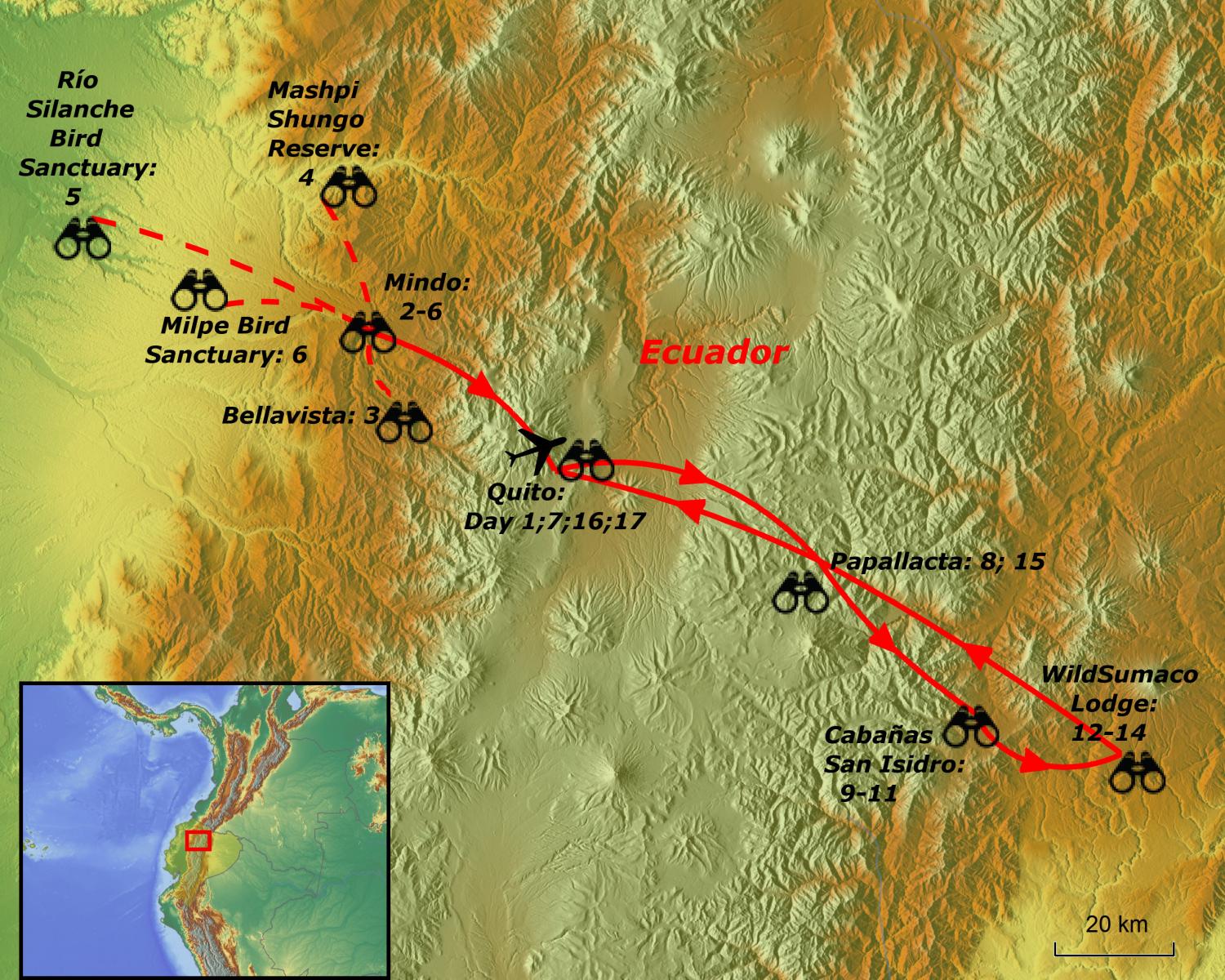 We have travelled with Galo twice and had planned a third trip with him until world problems interfered. We have greatly enjoyed his company and good nature. He has been a tremendous guide with great ear for the bird calls and knowledge of all sites. He is very helpful and patient with us. He seems to anticipate our needs without our asking and adapts to our capabilities and interests.  We look forward to travelling with him again.