This exciting tour of the Pacific Coast and Puget Sound region includes an incredible diversity of birds, wildlife, habitats, experiences, and scenic wonders. We’ll spend three nights at each of our three major locations. On Mount Rainier, the highest point in Washington, we will look for White-tailed Ptarmigan, Sooty Grouse, Clark’s Nutcracker, and American Dipper. Lower habitats are good for MacGillivray’s Warbler, Olive-sided Flycatcher, and Varied Thrush.

We will scan the rocky waterfronts for Wandering Tattler and other shorebirds.

On our day at sea with Westport Pelagics we should see literally thousands of pelagic birds including Black-footed Albatross, Fork-tailed Storm Petrel, Rhinoceros Auklet, Long-tailed Jaeger, and Pink-footed Shearwater. One of our past tours yielded point-blank looks at a Red-legged Kittiwake, an incredible rarity anywhere outside of Alaska. Tokeland is a good spot to look for Bar-tailed Godwit, while Ocean Shores may yield Pacific Golden Plover, Buff-breasted Sandpiper, and several species of loon.

We’ll look for Mountain Quail near Belfair State Park, then spend time at Hurricane Ridge for Townsend’s Solitaire and a nice variety of raptors. Dungeness Spit is great for aquatic species: in past years we’ve found Yellow-billed Loon and Horned Puffin among scores of more common species. We are likely to find dozens of Harlequin Ducks at Ediz Hook, plus Black Oystercatchers, Marbled Murrelets, and a Peregrine Falcon or two.

Harlequin Ducks are arguably the most striking waterfowl in the USA.

Arrival is at Seattle-Tacoma International Airport (SEA) in Sea-Tac Washington. We ask you to transfer to your hotel, where a room will be reserved in your name. We will gather in the hotel lobby, tentatively at 6:30 p.m., although we’ll confirm this time at a later date. From there we will go out for an orientation dinner and discuss tomorrow’s exciting events.

After breakfast we will begin the 100-mile (160-kilometer) drive to Packwood, birding along the way. The wet lowland forest may yield species such as American Dipper, Golden Eagle, Chestnut-backed Chickadee, and Townsend’s Warbler before we check into our accommodations for the evening, our home for the next three nights. One year we saw four Black Bears on our first afternoon, all from a safe distance!

The subtle beauty of the Grey-crowned Rosy Finch makes it a favorite on the trip.

We’ll spend two full days on Mount Rainier with its volcanic peaks, expansive glaciers, and unending beauty. An early climb into the highlands at Paradise and at a location called Sunrise will be our best chance for Grey-crowned Rosy-Finch, American Pipit, and Horned Lark. Views of four White-tailed Ptarmigan on a previous tour were tremendous!

Our lodge borders on the Cowlitz River, where a herd of Elk often grazes in the front yard, and Vaux’s Swifts roost in the lodge chimney. A previous tour group spotted American Black Swifts every evening in the Cowlitz area. This is a very difficult species to find away from their nesting areas. Be certain to take your binoculars on the short walk to dinner!

Black-throated Grey Warbler is one of several warbler targets.

Day 5. To the coast and the Tokeland Peninsula

Today we’ll head for the coast, looking for a few new birds such as California Scrub Jay and Red-breasted Sapsucker along the way. We’ll get our first look at the Pacific Ocean and the many birds it has to offer: Wandering Tattler, Black Turnstone, Brandt’s Cormorant, and Pigeon Guillemot are just a few.

The Tokeland Peninsula may have hundreds of Marbled Godwits and has produced a Bar-tailed Godwit on some previous tours. After studying Heermann’s, Glaucous-winged, Western, and California Gulls in the harbor, we’ll have a nice dinner, then settle down for a good night’s sleep at the Silver Sands Motel, in preparation for tomorrow’s exciting pelagic boat trip.

On a previous tour a South Polar Skua had just appeared when we found a Red-legged Kittiwake, one of very few Washington state records. Mammals that we may see include Humpback Whale, Dall’s Porpoise, Pacific White-sided Dolphin, and Northern Elephant Seal. Leatherback Turtle, Ocean Sunfish, and Grey Whale also occur. This is the pelagic trip of a lifetime. We often have time for some late day shorebirding upon returning to the dock.

The charismatic American Dipper is one of the most popular targets for this trip.

Midway Beach is a reliable spot for the diminutive Snowy Plover. We’ll spend most of the day at Aberdeen and Ocean Shores observing large numbers of shorebirds, loons, grebes, cormorants, sea ducks, gulls, and alcids. This is our best chance for Pacific Golden Plover. Past visits have yielded American White Pelican, Great Egret, Lapland Longspur, Baird’s Sandpiper, and around 200 Harbor Seals, basking in the sun.

A return visit to Tokeland and other nearby coastal areas will give us plenty of time to find more shorebird species and search for any rarities that may have been reported. After a nice dinner at the Tokeland Hotel, we’ll return to our hotel for the night.

Another stop at Aberdeen and several small beach areas will be in order. We can usually find a few new species of gulls, shorebirds, and waterfowl, with a good chance for Virginia Rail. As we drive north we’ll look for Mountain Quail at Belfair State Park where we have found them previously. We’ll try again on our final morning if necessary.

Mountain Quail, one of a couple spectacular quail species we hope to encounter on this tour.

The John Wayne Marina may have Black Oystercatcher, Bald Eagle, and many alcids. From there we’ll look for California Quail in Sequim (pronounced ’squim’), our home for the next three nights.

One full day will be well spent at Dungeness NWR on the Strait of Juan de Fuca, named for a 16th-century Greek mariner. At Dungeness we’ll expect good numbers of seabirds including Pigeon Guillemot, Marbled Murrelet, and Rhinoceros Auklet, plus upland species such as Olive-sided Flycatcher, Black-throated Grey Warbler, MacGillivray’s Warbler, and Bewick’s Wren. Rarities that we’ve found there include Tufted Puffin, Pacific Golden Plover, and Yellow-billed Loon.

The view will include the snow-covered peaks of the Olympic Mountains and 10,000-foot (3,050-meter) high Mount Baker, an active volcano. Some nearby ponds are filled with waterfowl and may have Virginia Rail and American Bittern. The next day we’ll be on Hurricane Ridge in Olympic National Park. Target birds here include Canada Jay, Red Crossbill, Townsend’s Solitaire, Grey-crowned Rosy Finch, Northern Goshawk, and Sooty Grouse.

Black Bear and Olympic Marmot may be seen amidst the spectacular wildflower display. Ediz Hook is a good place to look for lots of Harlequin Ducks and an interesting assortment of gulls, alcids, and shorebirds.

We’ll depart the Dungeness/Sequim area, then drive to Sea-Tac International Airport for your flights home.  This will be the end of a wonderful birding and nature experience in the Pacific Northwest region of Washington State. 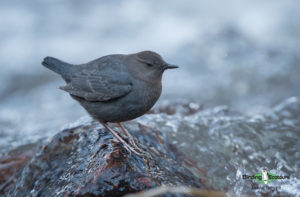 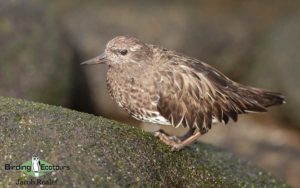 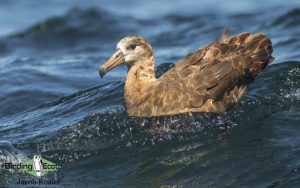 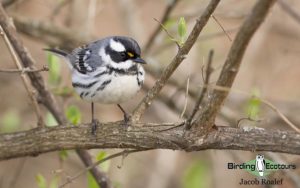 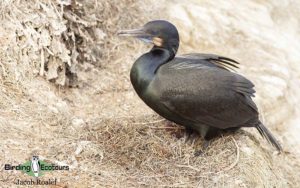 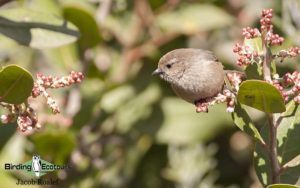 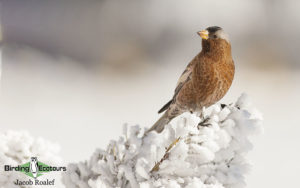 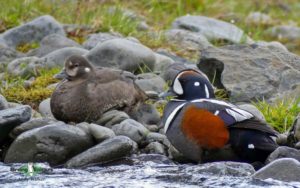 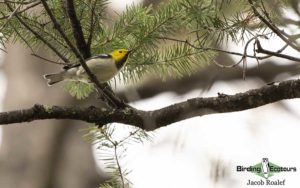 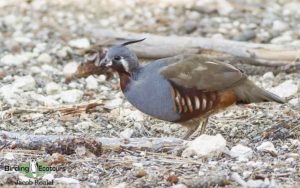 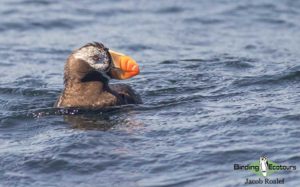 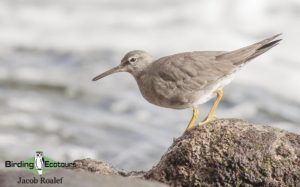 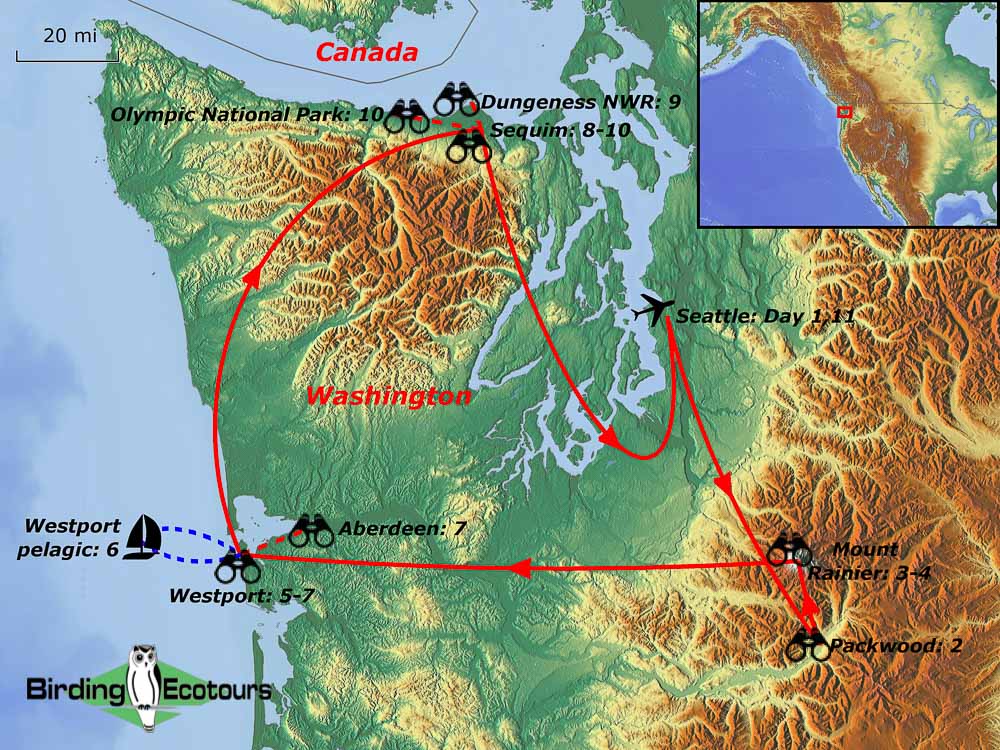