All accommodation (as described above)
Meals (from dinner on day 1 until breakfast on day 5)
Drinking water – two bottles of mineral water per day per person from our tour vehicle, please bring a refillable water bottle (if taken from the hotel this will be at your own cost)
Expert tour leader
Local bird and wildlife guide fees
National park/birdwatching reserve entrance fees
All ground transport and tolls while on tour, including airport pick-up and drop-off 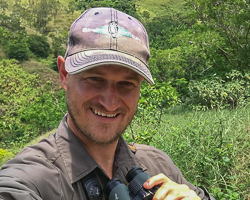 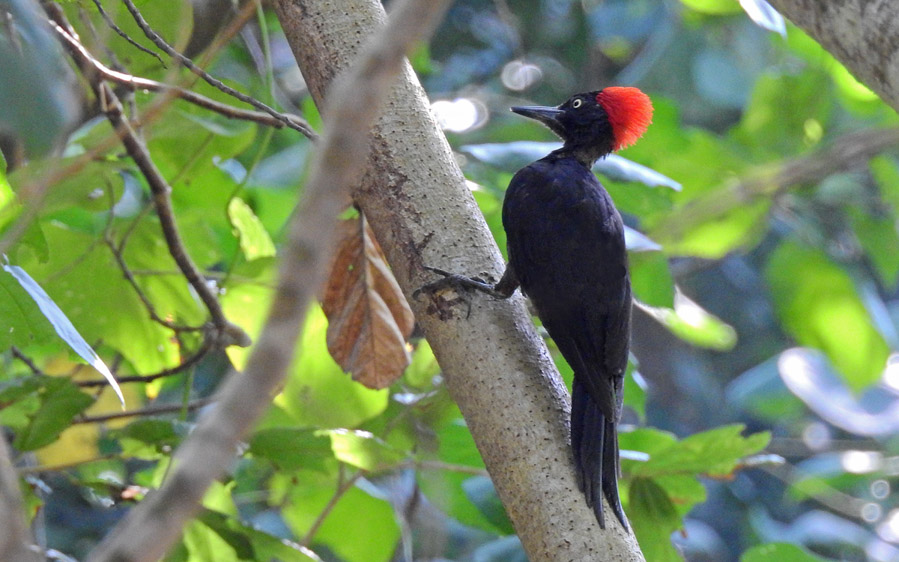 We will look for the gorgeous endemic Andaman Woodpecker during this tour (photo M. Aggarwal).

Due to the remote location and age of these islands a number of endemic birds have evolved here, and these are the main targets of the tour and will include Andaman Teal, Andaman Nightjar, Andaman Coucal, Andaman Wood Pigeon, Andaman Cuckoo-Dove, Andaman Green Pigeon, Andaman Crake, Andaman Serpent Eagle, Andaman Masked Owl, Andaman Scops Owl, Hume’s Hawk-Owl, Andaman Hawk-Owl, Andaman Woodpecker, Andaman Cuckooshrike, Andaman Drongo, Andaman Treepie, Andaman Bulbul, White-headed Starling, Andaman Shama, and Andaman Flowerpecker. Pristine forest still remains in some areas, and we will spend the majority of our time in these areas, such as Chidiya Tapu and Mount Harriet National Park, where the vast majority of our endemic target birds occur. We will also be sure to visit other habitats, such as the Sippighat swamps, North Wandoor, and other locations where we will check waterbodies, swamps, mangrove forests, and mudflats for a wide assortment of birds. 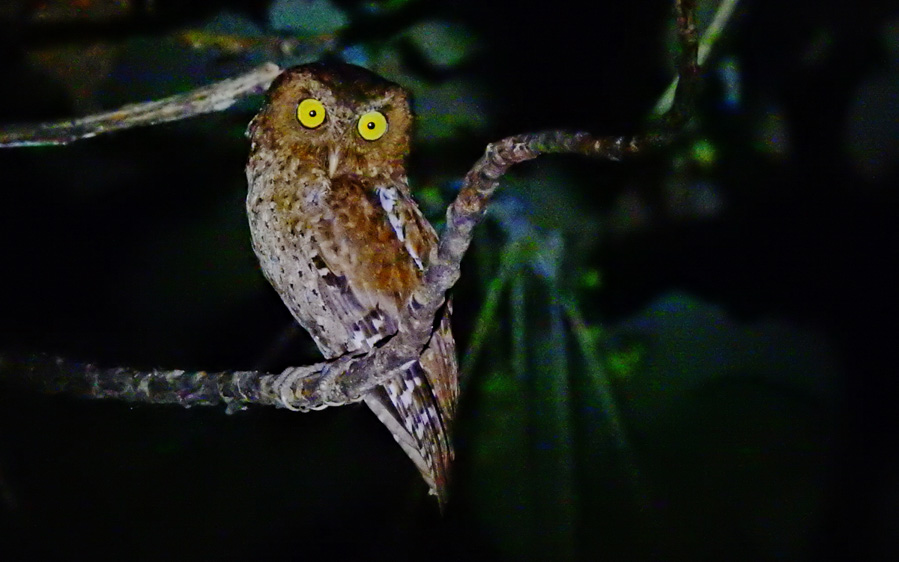 Another of our endemic targets is Andaman Scops Owl (photo M. Aggarwal).

Other species we may see have distinct endemic subspecies that may warrant full species status in the future, such as Oriental Scops Owl, Crested Serpent Eagle, Collared Kingfisher, Ruddy Kingfisher, Oriental Dwarf Kingfisher, Long-tailed Parakeet, Black-naped Oriole, Scarlet Minivet, and Indian White-eye to name a few, and there is an interesting range of Southeast Asian species possible too, such as Violet Cuckoo, Greater Racket-tailed Drongo, and Red-breasted Parakeet, with the island having an Indo-Malayan birdlife.

This Andaman Islands trip has been designed to run after our exciting Birding Tour India: The South – Western Ghats and Nilgiri Endemics or our Birding Tour Sri Lanka: Island Endemics, Wintering Specialties, and Blue Whale Pelagic, both of which occur immediately before this short tour. We have many other tours in India, with the full range of our trips shown here if you would like to continue your exploration of this incredibly interesting part of the world.

We can also arrange this trip to fit before or after any of our other India tours, though the costs for this may vary from the costs provided for the dates given here; please ask us. 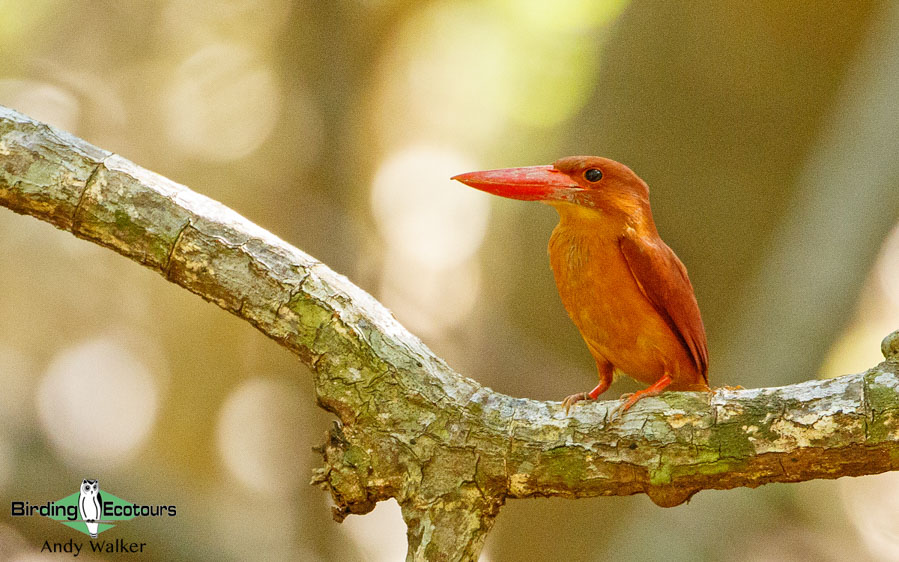 Ruddy Kingfisher is one of several stunning kingfishers we hope to see during the tour.

After your afternoon arrival in Port Blair following either our Birding Tour India: The South – Western Ghats and Nilgiri Endemics or our Birding Tour Sri Lanka: Island Endemics, Wintering Specialties, and Blue Whale Pelagic we commence our birding late in the afternoon around Port Blair, where we will target our first endemic birds, potentially Andaman Teal and Andaman Nightjar. Then we will have a group welcome evening meal together and discuss our plans for the next few exciting and bird-filled days.

We will spend three full days (and two nights) visiting a range of pristine forested habitats such as Mt. Harriet and Chidiya Tapu, which each hold multiple endemics. We will also visit more open areas around Port Blair (like the Sippighat swamps) and Chidiya Tapu, where some time will be spent looking in the mangroves and mudflats for shorebirds and other coastal species. 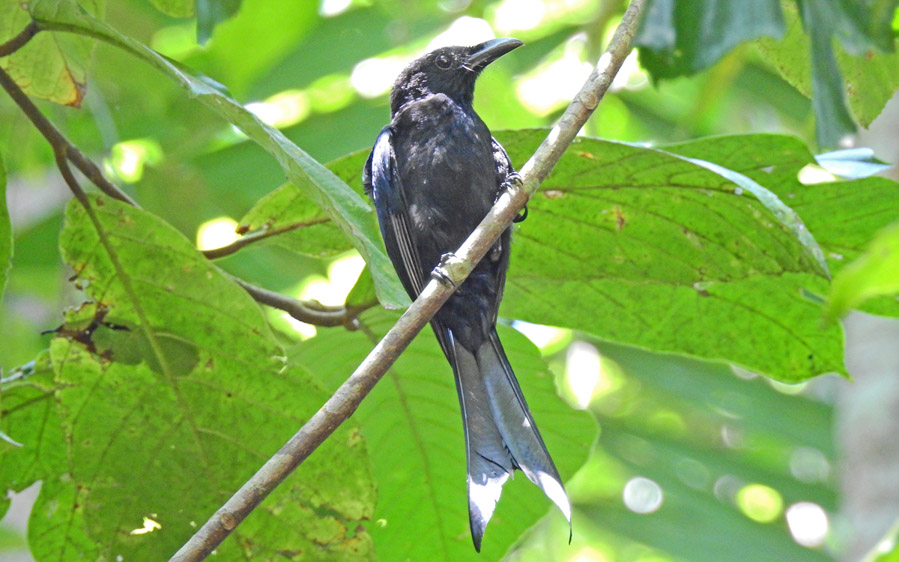 We should find Andaman Drongo moving about in the forest bird waves as they search for prey flushed out by the flock’s activity (photo M. Aggarwal).

Birding in this part of the world often involves searching for mixed feeding flocks, or bird waves. These flocks find you just as often as you find them, and in the Andaman Islands, similar to our tours in Sri Lanka, Taiwan, and Borneo where we often also see this phenomenon, the bird waves can contain many endemic birds. Species we will look for in a bird wave in the Mount Harriet area include Andaman Drongo, White-headed Starling, Andaman Treepie, Andaman Flowerpecker, and Andaman Cuckooshrike, as well as plenty of other species such as Violet Cuckoo, Greater Racket-tailed Drongo, Scarlet Minivet, and Black-naped Monarch. Soaring over the forest the endemic Andaman Serpent Eagle can be found, with other possible endemics including Andaman Green Pigeon, Andaman Cuckoo-Dove, and Andaman Wood Pigeon. As with pigeons and doves across other parts of Asia a knowledge of their roost sites is usually invaluable in getting views of them, as they can be secretive. 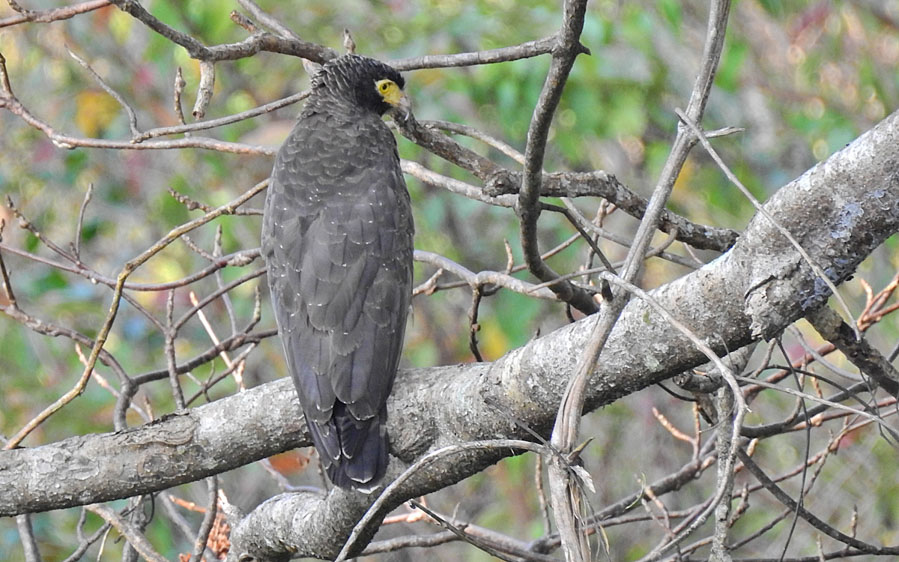 Typically for a serpent eagle, the Andaman Serpent Eagle spends a lot of time perched in the forest, so we hope for perched as well as flight views (photo M. Aggarwal).

Secretive in the extreme is the Andaman Crake. We hope to see this absolutely spectacular and tough forest-dwelling endemic during our time in suitable habitat. Other species possible skulking about on the forest floor include Forest Wagtail and Orange-headed Thrush, the former a nonbreeding winter visitor, the latter a resident species (an endemic subspecies and possible future split).

Night birding in these forests is a must as the archipelago is home to a large species diversity of nocturnal avian predators, and although we might be lucky enough to find one or two of our targets on day roosts we will likely need to spend some of our time searching at night for the likes of Andaman Masked Owl, Andaman Scops Owl, Andaman Hawk-Owl, Hume’s Hawk-Owl, and Andaman Nightjar, five species of endemic night birds! Furthermore we should not neglect trying to find Oriental Scops Owl; the endemic subspecies (modestus) occurring in the Andamans could be elevated to full species status and called Walden’s Scops Owl in the future. So it is definitely worth putting in the effort at night too. Luckily it gets dark early. so often we can get a good owling session in before dinnertime! 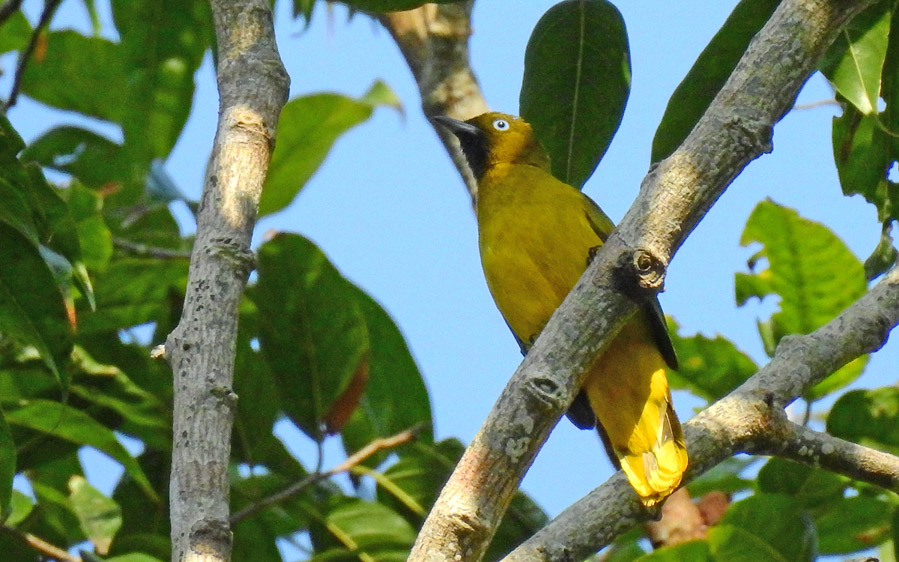 Andaman Bulbul is fairly common but rather striking with its pale eye (photo M. Aggarwal).

Our accommodation for two nights is located in the Chidiya Tapu area, and the forest here supports more of our endemic targets, with spectacular species such as Andaman Woodpecker – a large, all-black Dryocopus woodpecker with striking scarlet crown, crest, and malar stripe and pale eyes – found nearby. Additionally we should see Andaman Coucal, Andaman Shama, Andaman Bulbul, and White-headed Starling.

Baillon’s Crake is a winter visitor to the Andamans, and we hope to see them during the tour.

We will depart from Port Blair today back to the Indian mainland and continuation with your onward travel or further touring. Our other Indian tours are shown here for reference, and we can easily arrange an additional birding, wildlife-watching, or cultural tour. 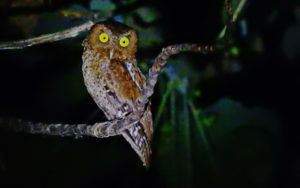 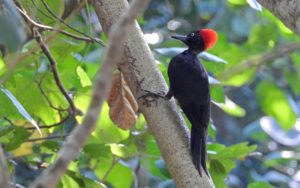 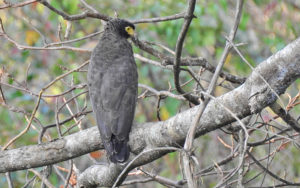 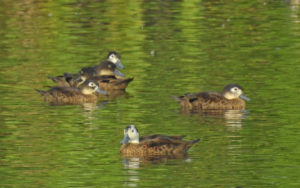 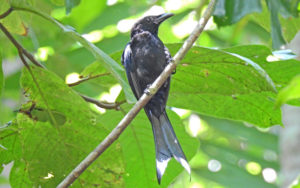 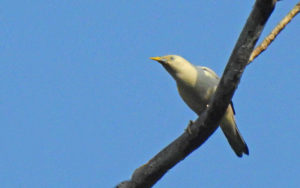 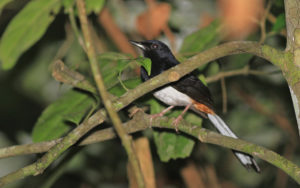 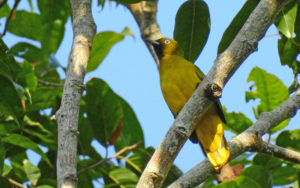 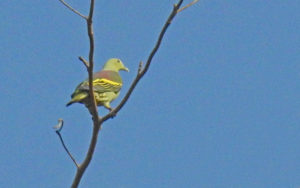 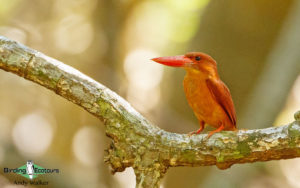 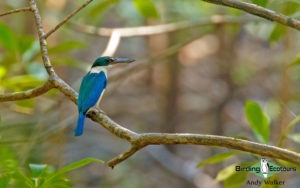 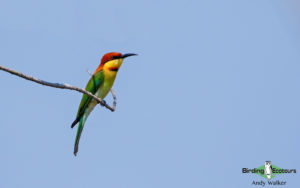 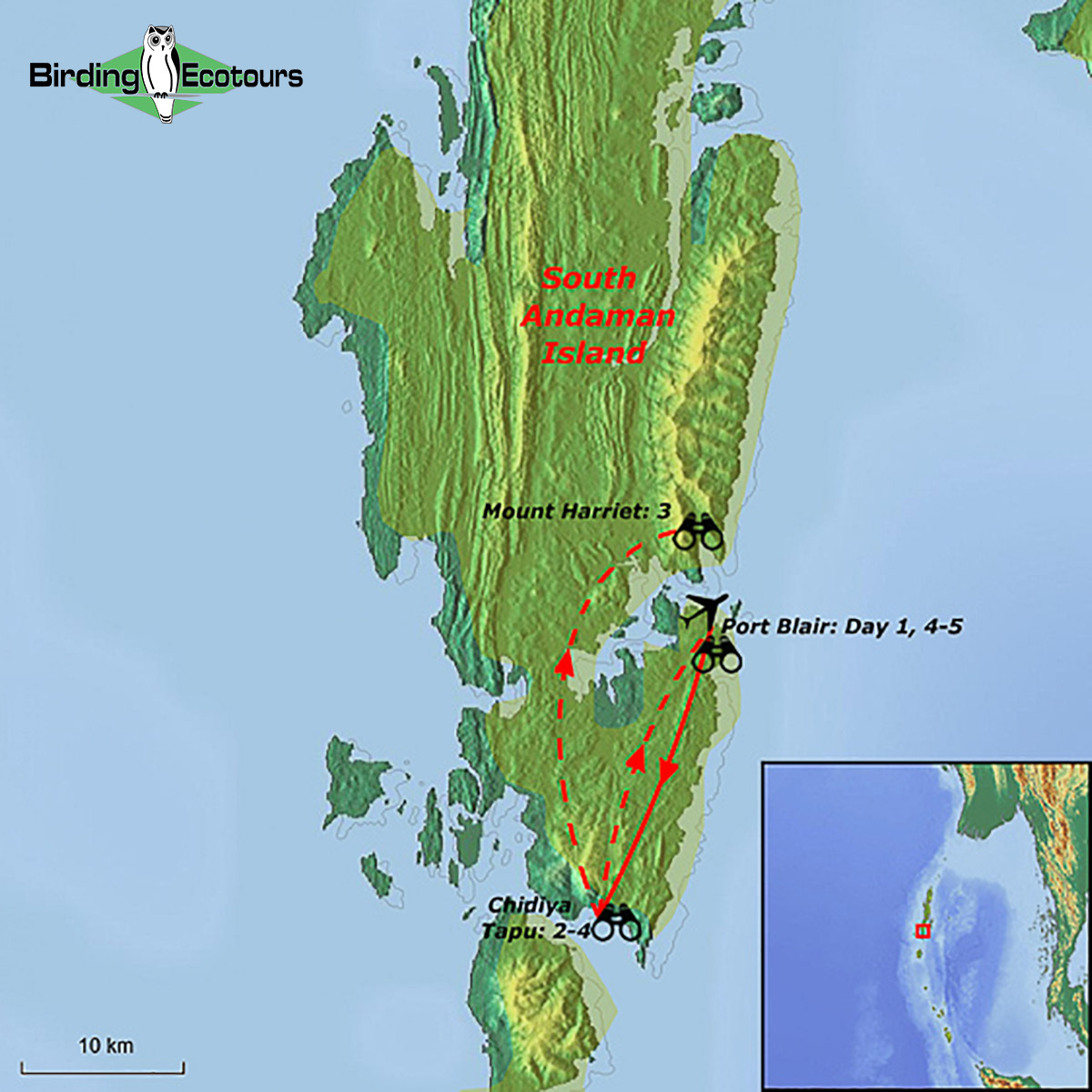