Tennessee during Spring Migration
May 2021

The Appalachian range of mountains running through east Tennessee is along the major eastern flyway and is a great spot to do some spring migration birding. From high mountain habitat and bald mountaintops that attract Chestnut-sided and Blackburnian Warblers to the upper reaches above 4000 feet/1220 meters with Veery and Hermit Thrush, to creek-side bottom lands inhabited by the skulking Swainson’s Warbler and Louisiana Waterthrush, and to lowland river-side habitat for Prothonotary Warbler and Red-headed Woodpecker, east Tennessee can have a staggering array of warblers, and 30 species can be seen in a season.

The stunning Prothonotary Warbler will be targeted on this trip.

We take ten days to explore the region for other US wood Warblers like Golden-winged, Cape May, Blue-winged, Black-and-white, and Tennessee, among the many dazzling colors. There are not only warblers but several Empidonax flycatchers, owls, night displays of Eastern Whip-poor-will, Chuck-will’s-widow, American Woodcock, Scarlet and Summer Tanagers, and the beautiful fluting song of Wood Thrush. The fields are full of spring sparrows and Yellow-breasted Chat. The trails are easy, and the good accommodations allow us easy access to the many parks we will be visiting.

You arrive in Knoxville, and we’ll be there to meet you and get you to our hotel. In the late afternoon there will be a meet-and-greet to go over the itinerary and have dinner. We’ll be staying in one hotel the entire time, so there is no need to pack and unpack each night.

We head into town to bird one of the local “migrant traps”, a chain of hills running through Knoxville that attracts many species of warblers this time of year, and seeing 10-15 species is not out of the question, along with four vireo species and tanagers, orioles, cardinals, thrashers, and more. In the afternoon we visit Fort Dickerson Park, which is another migrant trap, to see if we can find some more warblers we may have missed in the morning. If we are feeling up to it, we will hike into a lek at Forks of the River to wait for the dusk flights of American Woodcock and the evening serenade of Northern Barred Owl with its “who-cooks-for you… who-cooks-for ya’ll” song.

We get our first taste of the Smokies this morning with a stop along a moist, deciduous forest trail to look for the skulking Swainson’s Warbler. These guys can be tricky, but their loud song carries through the forest, and if they are singing they can be easy to locate. We’ll also keep a listen for Louisiana Waterthrush that breed along this stream; those with keen ears will be able to tell the two similar songs apart.

After we’ve bagged our targets we’ll continue to an open meadow area along a slow, meandering one-mile walk to find Indigo Bunting, along the way stopping for Song Thrush, Alder Flycatcher, Blue-headed Vireo, and more. If we’re lucky we’ll come across several species of wild flowers and enjoy some time to see a small unnamed waterfall that makes a very picturesque scene.

In the afternoon we’ll drive into Cades Cove to look for Wild Turkey, soaring raptors, and the local wildlife like White-tailed Deer and Black Bear.

Today we go to a local lake, where we can find Prothonotary Warbler nesting along the edge of the water and several species of woodpeckers in the flooded forest areas. Wood Thrush is singing constantly in the woods, and we’ve been lucky to find Mourning Warbler here on a few occasions. We’ll then take some time to drive up to higher elevations to check the open forest areas for Cerulean and Golden-winged Warblers and to listen for the song of Rose-breasted Grosbeak.

We’ve got a bit of a drive today, but the result is well worth it. We’ll bird along the Cherohala Skyway this morning. Starting low along the river, where we’ve had Louisiana Waterthrush and Northern Parula, we’ll make some stops along the way to check forested areas for other warblers and songbirds.

Once up near the highest elevations we make several stops for Chestnut-sided, Canada, Black-throated Blue, Hooded, Blackburnian, and Black-and-white Warblers, as well as Veery and Hermit Thrush. The open bald habitat is also good for Northern Bobwhite, and the brush can hold the rather vocal Grey Catbird. Broad-winged Hawks circle above us, and the musical song of Rose-breasted Grosbeak is often heard here. Our other target here is the small Least Flycatcher, a breeding resident of these upper reaches, whose “chee-bek” call often gives away its position. We’ll have a packed lunch up here among the wooded slopes as there are plenty of nice stops for some amazing scenery.

On the way back we stop at Chota for a night spectacle of Chuck-will’s-widow and, if we’re lucky, Eastern Screech Owl.

Cape May Warbler is always a treat!

We check a local river park today for more warblers and songbirds. Indigo Bunting, Yellow-breasted Chat, and Common Yellowthroat sing from the grasses along with Field and Song Sparrows. The easy walking trail here runs along the river, and we might see a Great Blue Heron feeding on the far side of the river as we walk.

We’ll stop at Ijams Nature Center to walk the wooded trails here after lunch, where there is often a roosting Northern Barred Owl along with other forest denizens like Carolina Wren, Carolina Chickadee, Tufted Titmouse, Downy and Hairy Woodpeckers, and American Robin.

Today we head for rhododendron forest in the Smokies. Along these trails we have a chance for Black-throated Blue, Canada, and Hooded Warblers. Veery also sings along this trail, and Brown Creeper and Winter Wren can also be heard breaking into song. If there is desire, we can hike up to Little Duck Hawk Ridge to look for the resident Peregrine Falcon. This is not a short hike and also has a few steep slopes, but it’s well worth it.

From here we’ll drive up to Newfound Gap to check for upper-altitude species and take a drive up to Clingmans Dome, where you can survey the highest point in the region, with the vast swath of deciduous forest laying before you on all sides. At dusk we begin the slow drive down, checking for Ruffed Grouse as they tend to come out along here at the last light to feed. If we feel lucky we may try to listen-out for Northern Saw-whet Owl after darkness falls.

We’ll be on the lookout for Ruffed Grouse in the Smoky Mountains!

We’ll have a chance after dark to drive through the Smokies to the Foothills Parkway, where we can be serenaded by both Chuck-will’s-widow and Whip-poor-will along with some owls from the valley below. We’ll pack a lunch for today, as there aren’t too many facilities to eat once we’re birding, and this will allow us more time with the birds.

Today we visit some open-grass habitat along with riparian and pine forest habitat. Sparrows, Indigo Bunting, and Common Yellowthroat call from the grasses, while Grey Catbird, Brown Thrasher, Yellow-breasted Chat, and others call from the bramble thickets. Several species of Swallow with Barn, Tree, and Northern Rough-winged can be seen here hawking for insects over the fields. Along the river there are Great Blue and Green Herons and Great Egret. American Kestrel as well as Cooper’s, Red-tailed, and Red-shouldered Hawks are all raptors to look for here, and the soaring shapes of Wild Turkey and Black Vulture might be seen hanging on the thermals.

Today we visit the eastern extent of the Cumberland Plateau for Cerulean Warbler, Yellow-throated Warbler, and other forest songbirds. There are plenty of song birds and forest species along the trails, and for those with a butterfly or wildflower interest the trails along here can provide some nice distractions between the birds.

Yellow-throated Warbler is normally seen on this tour!

Today we head to the Sequatchie Valley to scout for some more open-country birds. Among the rolling hills and farm land we’ll listen-out for Dickcissel, and Scissor-tailed Flycatcher breeds in the valley during the summer. Several raptors patrol the skies, while Sparrows like Grasshopper and Song hike up the grassy stalks to sing to each other. Common Grackle and Red-winged Blackbird are often seen here among the wet patches of open country, and Northern Bobwhite sings its onomatopoeic song from the cover of the grasses. We’ll arrive back in Knoxville for our farewell dinner and an early night.

We’ll get you to the airport in time to catch your flights.

Please note that the itinerary above cannot be guaranteed as it is only a rough guide and can be changed (usually slightly) due to factors such as availability of accommodation, updated information on the state of accommodation, roads, or birding sites, the discretion of the guides and other factors. 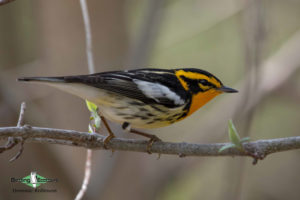 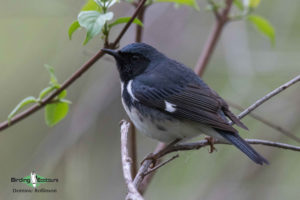 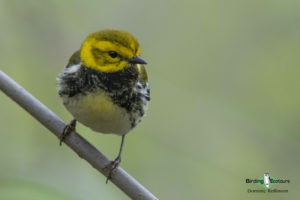 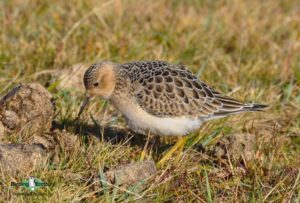 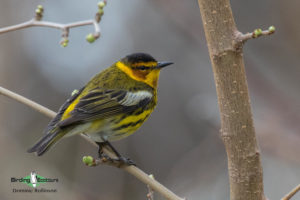 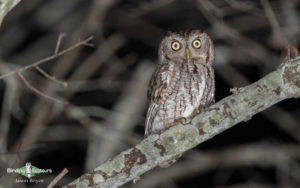 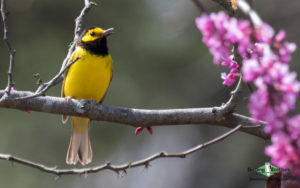 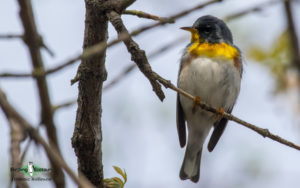 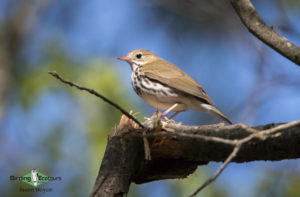 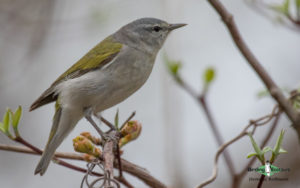 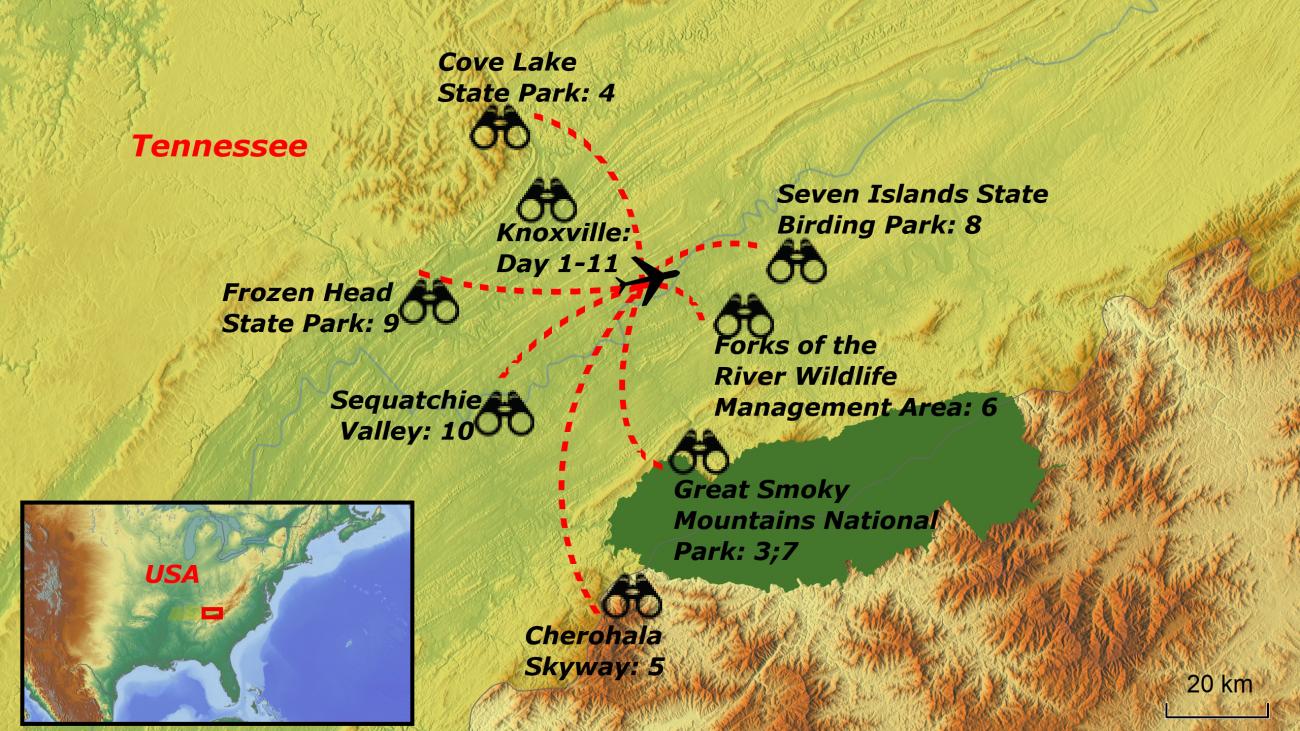