It is surprising that Zambia and Malawi are not bombarded by birders! Probably they are just not particularly well-marketed, charismatic, and popular countries for birding tours. But this is certainly not because they’re not exactly as amazing as any of their more popular neighbors in East and Southern Africa. Their avifauna is incredible for advanced and novice birders alike; both countries are teaming with huge numbers of amazing birds that will delight beginners as well as experienced birders, including loads of regional (if not country) endemics, and even a number of “Congolese-Zambian” specials on the northern border of Zambia. In addition, these countries are not only teaming with birds but also with loads of big animals, amazing sights, and everything else that makes Africa such a brilliant continent to travel in. On this tour we will visit a large number of areas in both countries proclaimed by BirdLife International as Important Bird Areas (IBAs), as well as several wonderful national parks – a route that hopefully will allow us to watch the majority of these exciting avian riches.

Black-backed Barbet is one of the many barbet targets on this trip.

Arrival day at Harry Mwanga Nkumbula International Airport in Livingstone, Zambia. Depending on the time of arrival we will head out straight away in search of some of our target birds near to our lodge. We’ll look for Miombo Pied Barbet, Miombo Rock Thrush, and Racket-tailed Roller.

We will head out at the crack of dawn to the Machile area, our first Zambian IBA, for Black-cheeked Lovebird. Here we will also have a go at Yellow-throated Sandgrouse and Black Coucal. After leaving the Machile area we’ll head for the Zambezi floodplains, where we hope to find Slaty Egret. We’ll also have a night drive in search of Southern White-faced Owl.

Racket-tailed Roller will be searched for in miombo woodland near Livingstone.

We have the morning available if we need to mop up on missed birds. After breakfast we head to Choma and into another Zambian IBA, the Nkanga River Conservation Area. We should arrive in time for a good afternoon session of birding. Our targets here include Miombo Pied Barbet, Shelley’s Francolin, Miombo Tit, and Miombo Double-collared Sunbird, as well as Shelley’s Sunbird.

Our main target today is Chaplin’s Barbet as well as the aforementioned species. At night we will drive around in the hope of finding Bronze-winged Courser.

We will leave Choma fairly early and head for Lochinvar National Park (part of the Kafue Flats IBA), where we hope to find the likes of Slaty Egret and Allen’s Gallinule (easier in summer) and also some of the Miombo targets on the way into the park.

Today we will have a fairly long drive to Chimfunshi, another Zambian IBA, where there are a host of miombo targets for us. But, most importantly, we will try and find the elusive Sharp-tailed Starling here. Other possibilities include Laura’s Woodland Warbler, Brown-headed Apalis, Pale-billed Hornbill, Whyte’s Barbet, Miombo Scrub Robin, Böhm’s Flycatcher, and Chestnut-backed Sparrow-Weaver.

Whyte’s Barbet, one of the many barbet species we are likely to encounter on this tour.

After morning birding at Chimfunshi we will drive to Mwinilunga in the extreme northwest of Zambia near its borders with Angola and the Democratic Republic of the Congo, birding along the way. We might get to Mwinilunga in time for some late-afternoon birding.

First we will stop at Chitunta Plain, where we will look for Grimwood’s and Fülleborn’s Longclaws as well as Angolan Lark and Black-and-rufous Swallow. We will also search for Bocage’s Weaver along the stream.

Driving back to Chimfunshi, this will essentially be an overnight stop. We might also have some time to clean up on birds we might have missed the first night.

We’ll leave fairly early. Just in case we dipped on Margaret’s Batis we might visit a back-up site called Imanda (a Zambian IBA), where this species is usually easily located. From here we’ll head to Forest Inn near the town of Mkushi. If we arrive in time we’ll bird the lodge’s grounds, where Miombo Scrub Robin is common, and we often also find Böhm’s Flycatcher, Black-eared Seedeater, Black-backed Barbet, and occasionally Chestnut-backed Sparrow-Weaver here.

We will have an early morning departure for a very productive and pristine patch of miombo woodland, where we might find Böhm’s Bee-eater along a stream before entering the woodland. Here we’ll search for Black-necked Eremomela, Bar-winged Weaver, Anchieta’s Sunbird, Miombo Double-collared Sunbird, Pale-billed Hornbill, and Orange-winged Pytilia.

The small and beautiful Böhm’s Bee-eater will be searched for in miombo patches.

From Forest Inn we head to Kapishya Hot Springs Lodge. On the way we will pass the famous Africa House (Shiwa N’gandu); an optional tour of the old mansion can be arranged by request. We’ll visit the bird-rich miombo surrounding the dam, where we’ll again have time to clean up on some of the birds we might have missed. The short grass on the dam shore is good for Fülleborn’s Longclaw, and the patches of miombo should hold Anchieta’s Barbet, Miombo Tit, and Black-eared Seedeater.

Kapishya Hot Springs is a delightful birding spot, and its gardens attract an array of sunbirds. We’ll hope for the rather elusive Shelley’s Sunbird, while Miombo Double-collared Sunbird should be much easier, though. This is also a top spot for Laura’s Woodland Warbler.

We’ll depart very early as we head toward Malawi today. This will be mainly a travel day. We’ll use a little-known border post at the northern border of Malawi, which has recently been upgraded to a full-fledged border post, but the details are still a bit sketchy. That said, the track, about 80 km to the border, can take up to four hours if it’s in a bad state, and then we will also have a lengthy drive in Malawi. We should arrive at our first destination in Malawi in the late afternoon.

Today we will be birding in the Uzumara Forest Reserve, a Malawian IBA. Our main target here, and never an easy bird, is Sharpe’s Akalat – we’ll also try for it in Nyika National Park, but it’s probably even tougher there. Olive-flanked Ground Robin is another important find here, and fortunately slightly easier than its aforementioned cousin. Other targets include Black-lored Cisticola, Chapin’s Apalis, Bertram’s Weaver, and Yellow-browed Seedeater.

We will have a full morning at Uzumara before heading into Nyika National Park, also a Malawian IBA, where we will stay for two nights, allowing us a full day in the park. Once again, as in Misuku, we hope to be able to lay our eyes on the ever-skulking Striped Flufftail. Black-backed Barbet can sometimes be seen in the afro-montane forest patches here, and we’ll also search for both Chapin’s and Brown-headed Apalises and hope for another chance at Black-lored Cisticola – albeit by this time we should have it under the belt already, allowing us to concentrate on finding Churring Cisticola.

We hope to get glimpses of the skulking Striped Flufftail.

Today we have a full day in this stunning part of the world. We’ll bird both forest, bracken, and grassland, and perhaps some miombo as well. Rufous-breasted Sparrowhawk is not uncommon and is often seen hunting, even around pine plantations. Again we’ll search for Sharpe’s Akalat if we failed to locate it in Uzumara, and the same applies to Olive-flanked Ground Robin. Scarlet-tufted Sunbird is high on our list of priorities today, as are Yellow-browed Seedeater and Bertram’s Weaver. Montane Widowbird shouldn’t be too difficult to locate, but unfortunately we will have to be satisfied seeing them in their rather drab non-breeding plumage.

Depending on our success in finding the key Nyika species we could spend the morning birding Nyika once more and then head out to Vwaza Marsh Wildlife Reserve, another Malawian IBA, where we will enter a totally different landscape, dominated by miombo woodland. Our two main target species here are Chestnut-backed Sparrow-Weaver and Babbling Starling, joined by a host of species we might already have on our list or that might still have eluded us, such as Miombo Pied Barbet, Racket-tailed Roller, Southern White-faced Owl, Black Coucal, Bronze-winged Courser, Böhm’s Flycatcher, and of course the hard-to-locate Shelley’s Sunbird. We will bird the area just north of the entrance to Vwaza Marsh.

Today we head for yet another Malawian IBA, South Viphya Forest Reserve on the South Viphya Plateau, the second-largest montane complex in Malawi. Here we will keep a lookout for Whyte’s Barbet, Moustached Tinkerbird, Yellow-browed Seedeater, Fülleborn’s Boubou, Chapin’s Apalis, Yellow-streaked Greenbul, East Coast Akalat, and Bar-tailed Trogon. With luck we might even encounter Striped Flufftail. A special treat will await aficionados of Nectariniidae today: The beautiful garden of our lodge is home to Green-headed, Grey, Miombo Double-collared, Shelley’s, Purple-banded, White-bellied, and Variable Sunbirds.

We’ll look for Bar-tailed Trogon in on the South Viphya Plateau.

We can do some more birding in the early morning at Luwawa. After breakfast we make our way south to Dzalanyama Forest Reserve, a great birding spot, another IBA, and home to several of our targets. We should find star birds such as Pale-billed Hornbill, Whyte’s Barbet, Miombo Pied Barbet, Miombo Tit, Chapin’s Apalis, Miombo Scrub Robin, Miombo Rock Thrush, Böhm’s Flycatcher, Black-eared Seedeater, Anchieta’s Barbet, and Shelley’s Sunbird.

Today’s focus will be on some of the more important birds of Dzalanyama Forest Reserve, which include some real beauties. The likes of Boulder Chat, Lesser Seedcracker, Olive-headed Weaver, Stierling’s Woodpecker, and Reichard’s Seedeater should whet even the most ardent birder’s appetite.

Dzalanyama Forest will hopefully hold Stierling’s Woodpecker for us!

We’ll spend the morning birding Dzalanyama Forest Reserve for some of the previously mentioned species. We also have an outside chance of Blue Quail, but these will require a concerted effort to flush. After some good birding we’ll head for the Zomba Plateau. We don’t have many targets here, but the ones we do have are rather tricky, and we’ll concentrate our efforts on finding them. We could also keep an eye out for birds such as Lesser Seedcracker that occur here.

After an early start we’ll be looking for our targets. First and foremost, and probably the most difficult, is Tyolo Alethe, a bird under a lot of pressure from illegal logging and the subsequent disappearance of its preferred habitat. Another “must-find” is White-winged Apalis, and if we find these two star birds we’ll have reason to celebrate. Other notable birds we may encounter include Malawi’s only true endemic, Yellow-throated Apalis, as well as Black-headed Apalis, Olive-headed Greenbul, Yellow-throated Woodland and Evergreen Forest Warblers, and Forest Double-collared Sunbird.

Forest Double-collared Sunbird is one of the many specials we will look for on the Zomba Plateau.

We might have to spend the morning birding the surrounds, depending on our success with the Zomba targets. Then a short drive will see us to the gates of yet another Malawian IBA, Liwonde National Park, hopefully in time for some afternoon birding.

Today we’ll drive to Lilongwe International Airport for our international flights out.  Depending on the time of the flights we might also be able to squeeze in some last-minute birding. 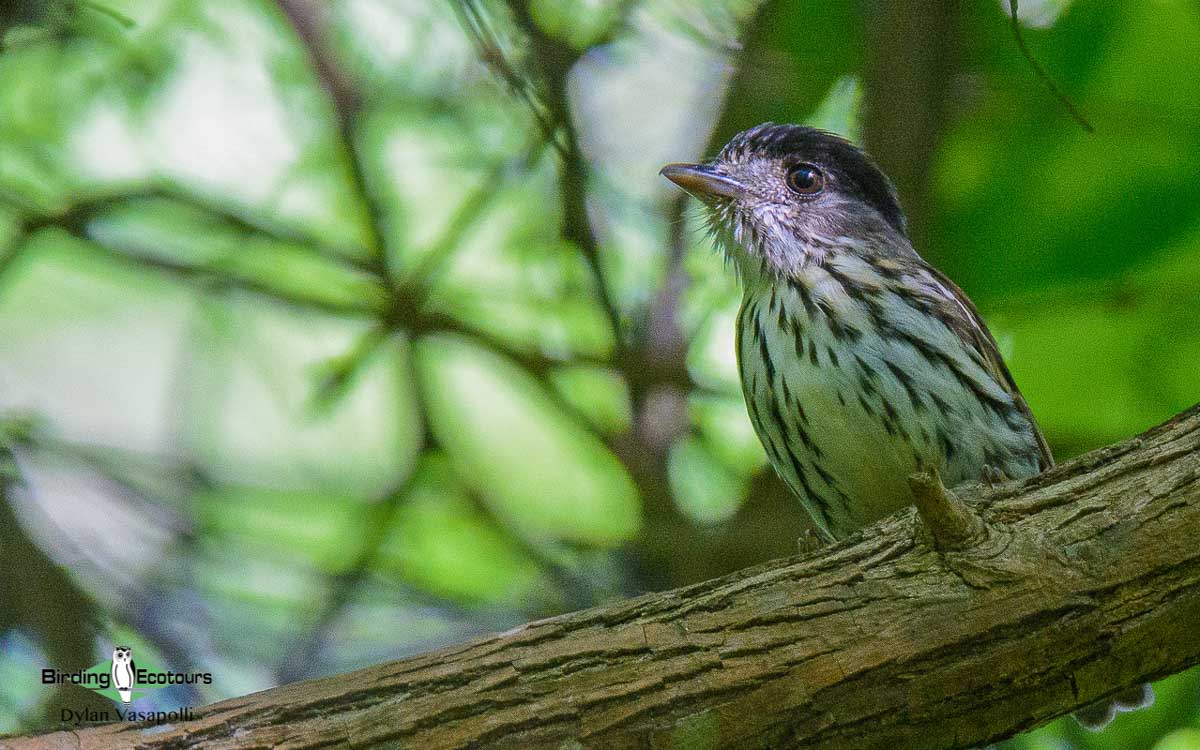 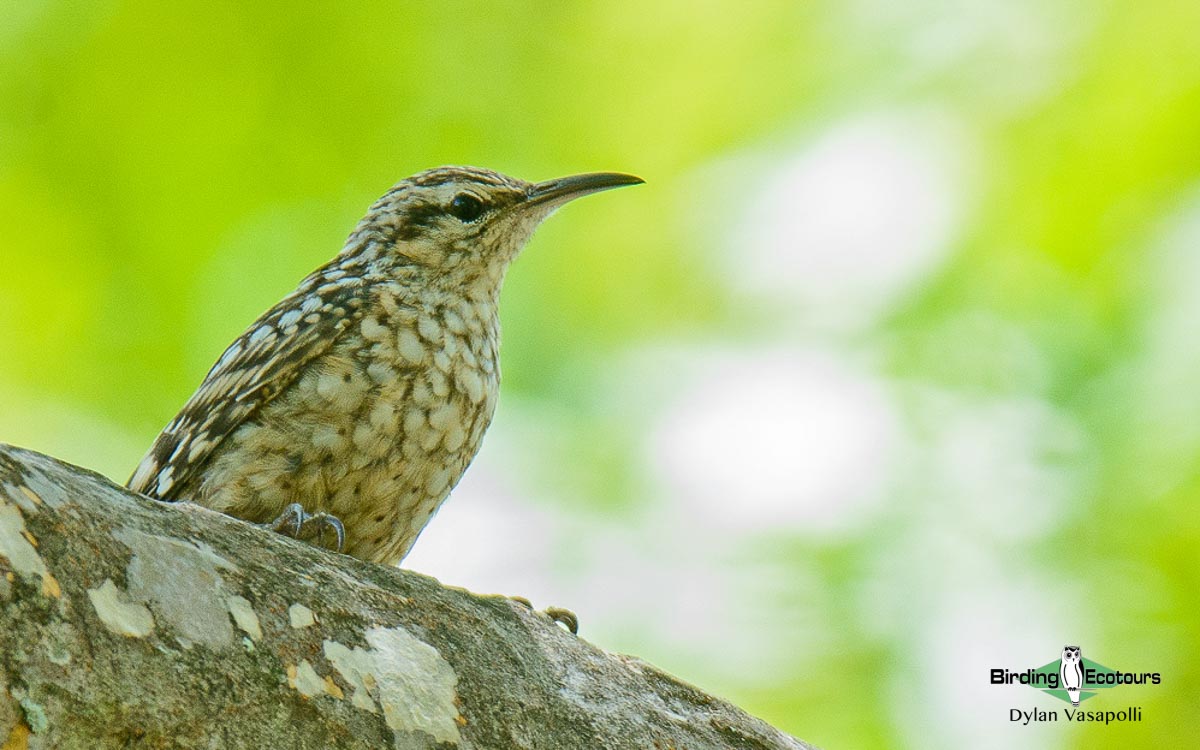 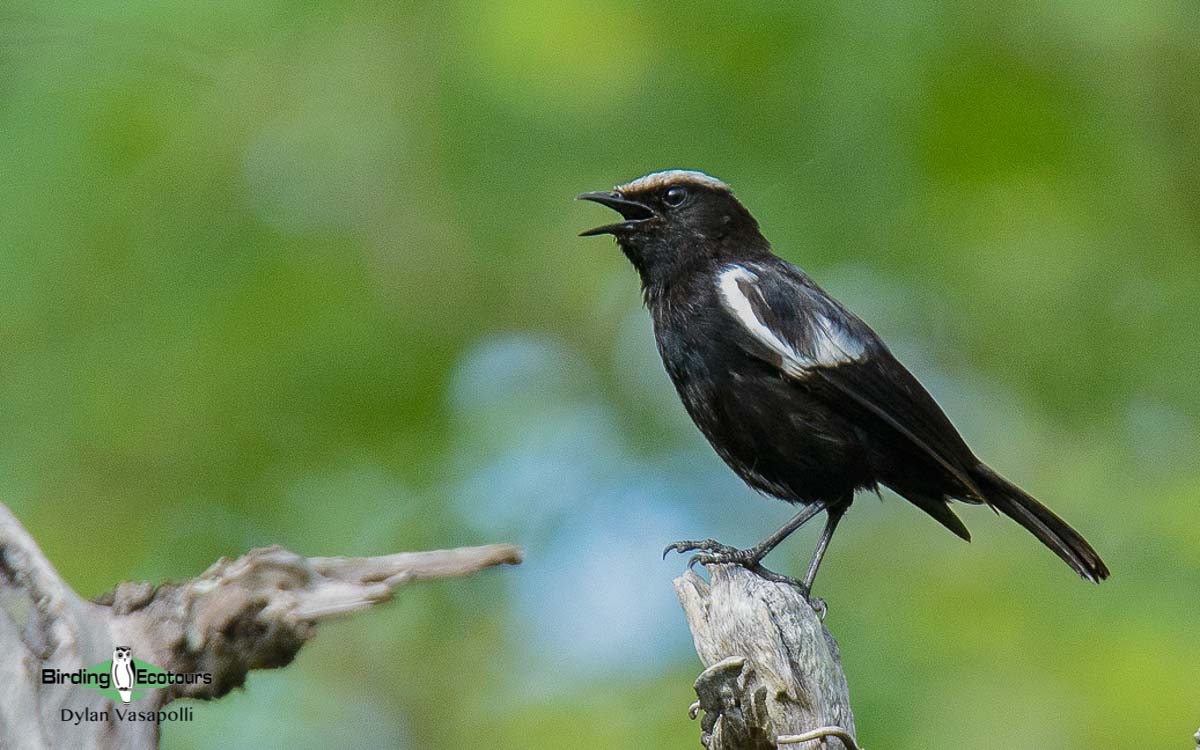 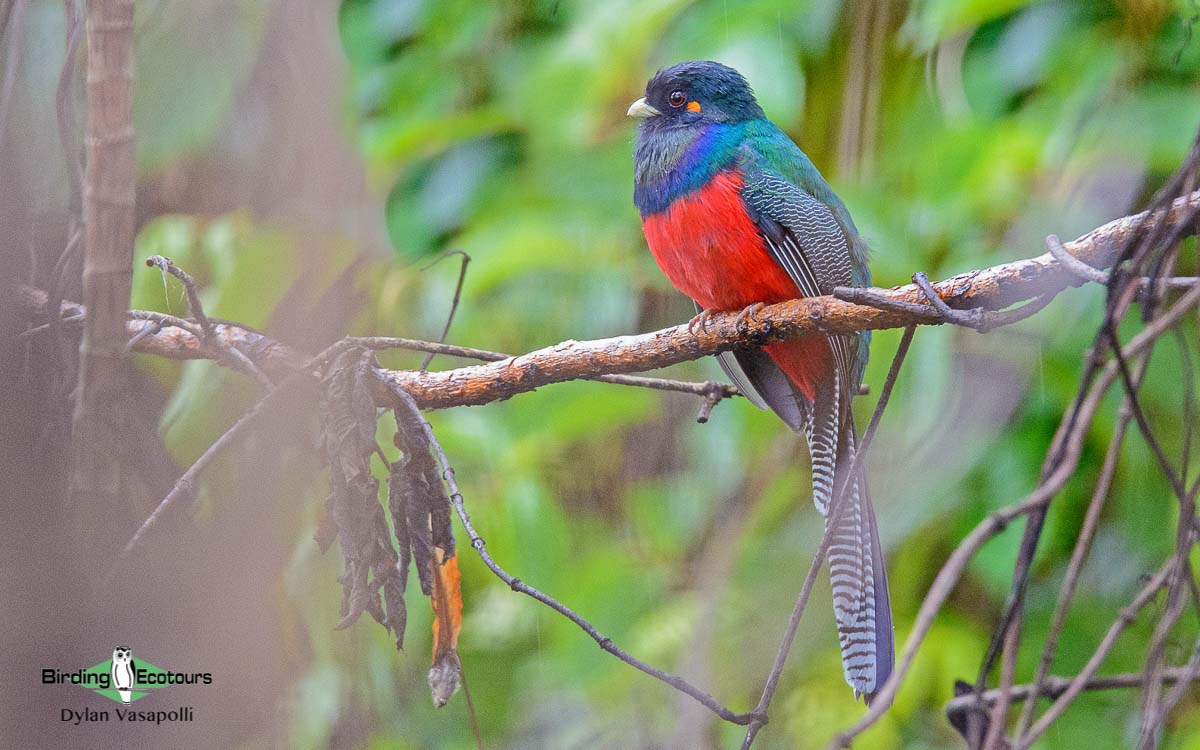 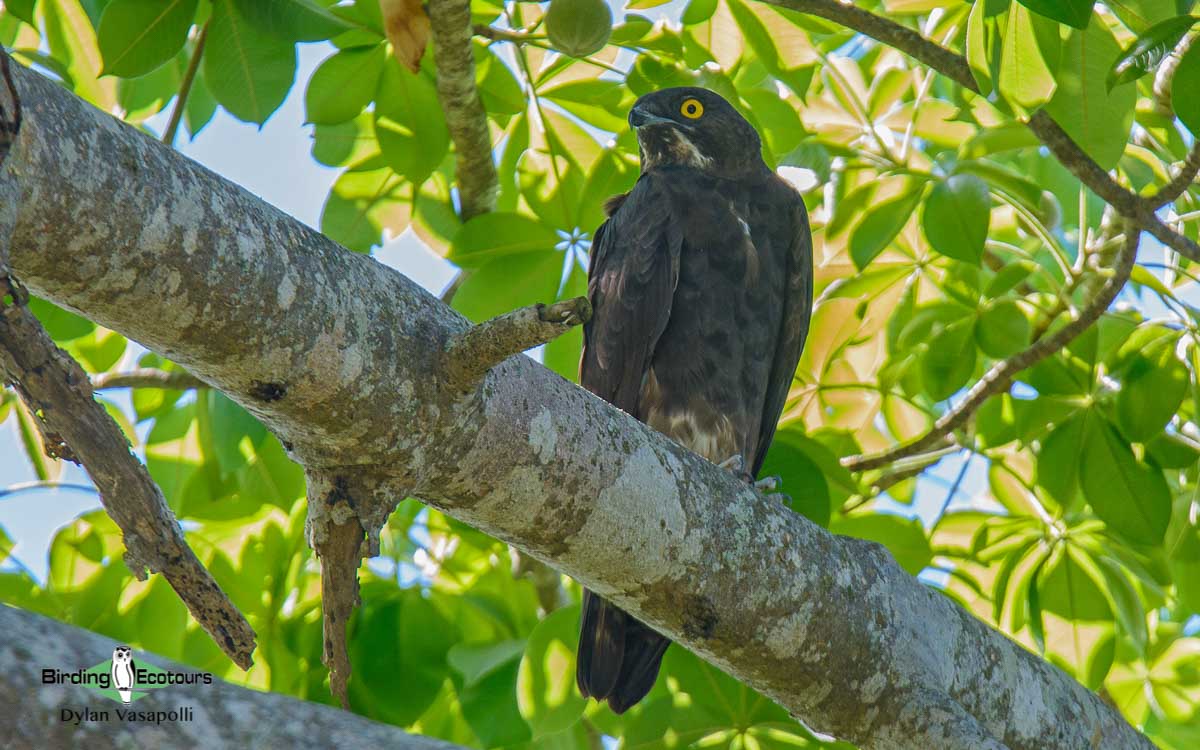 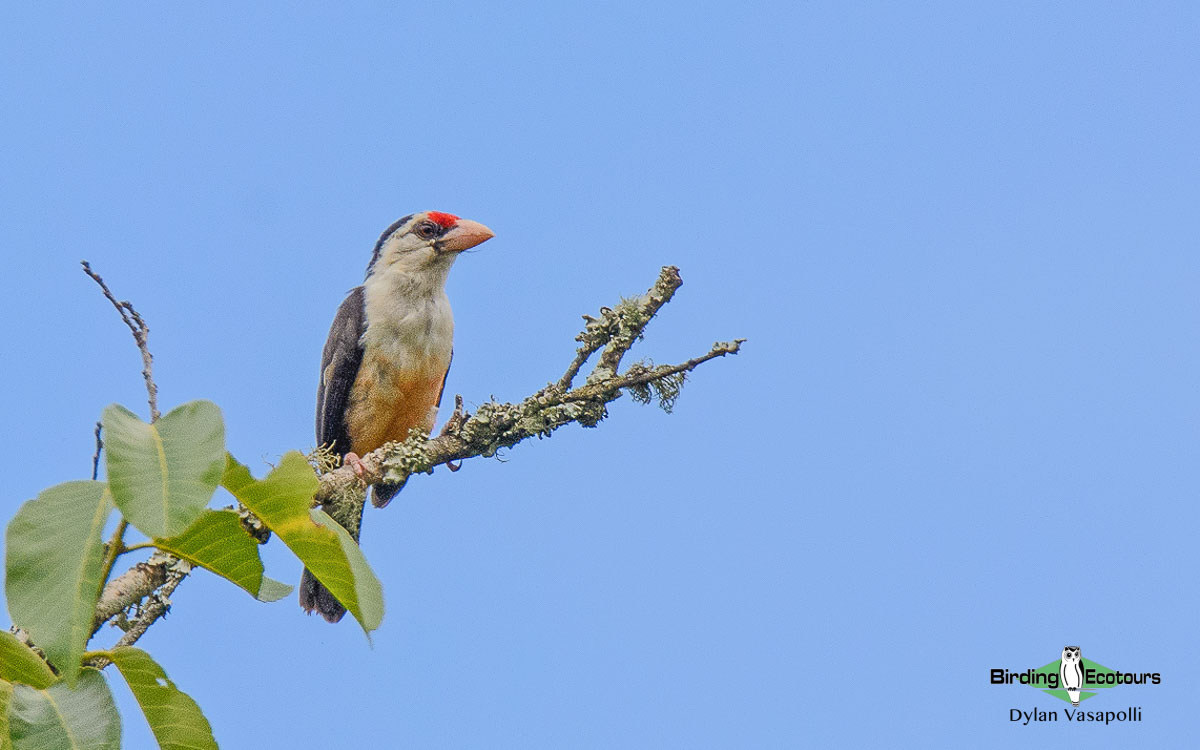 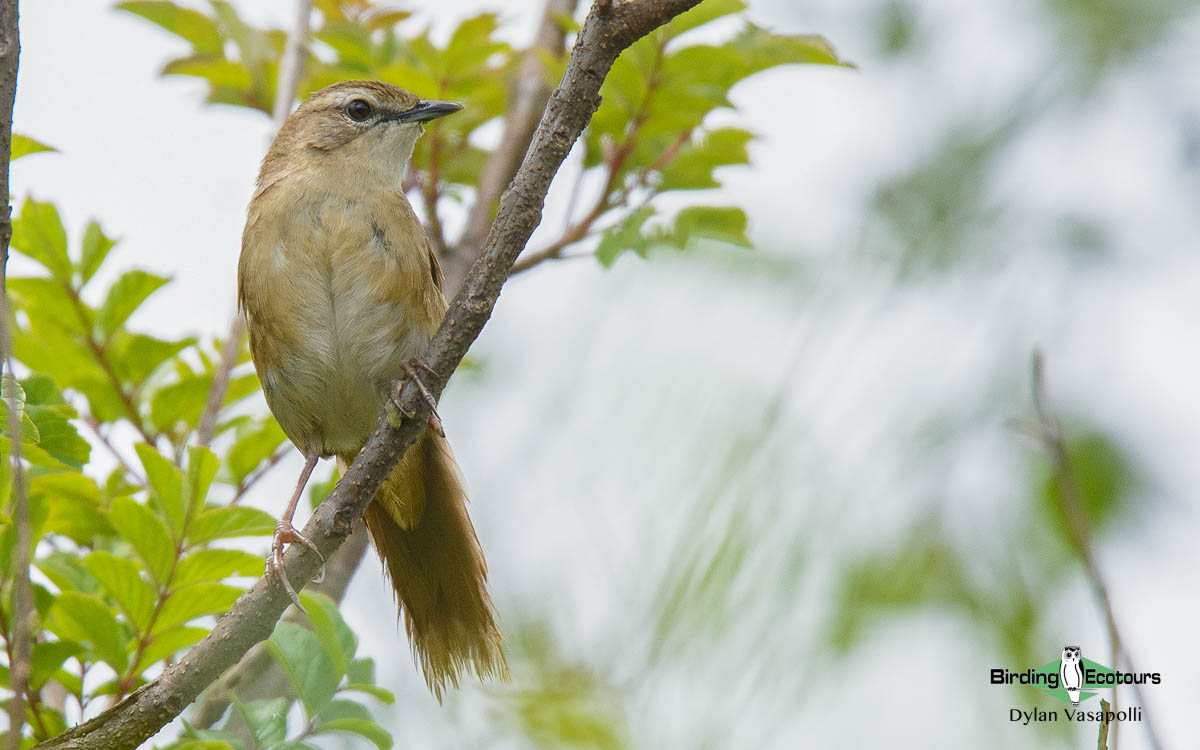 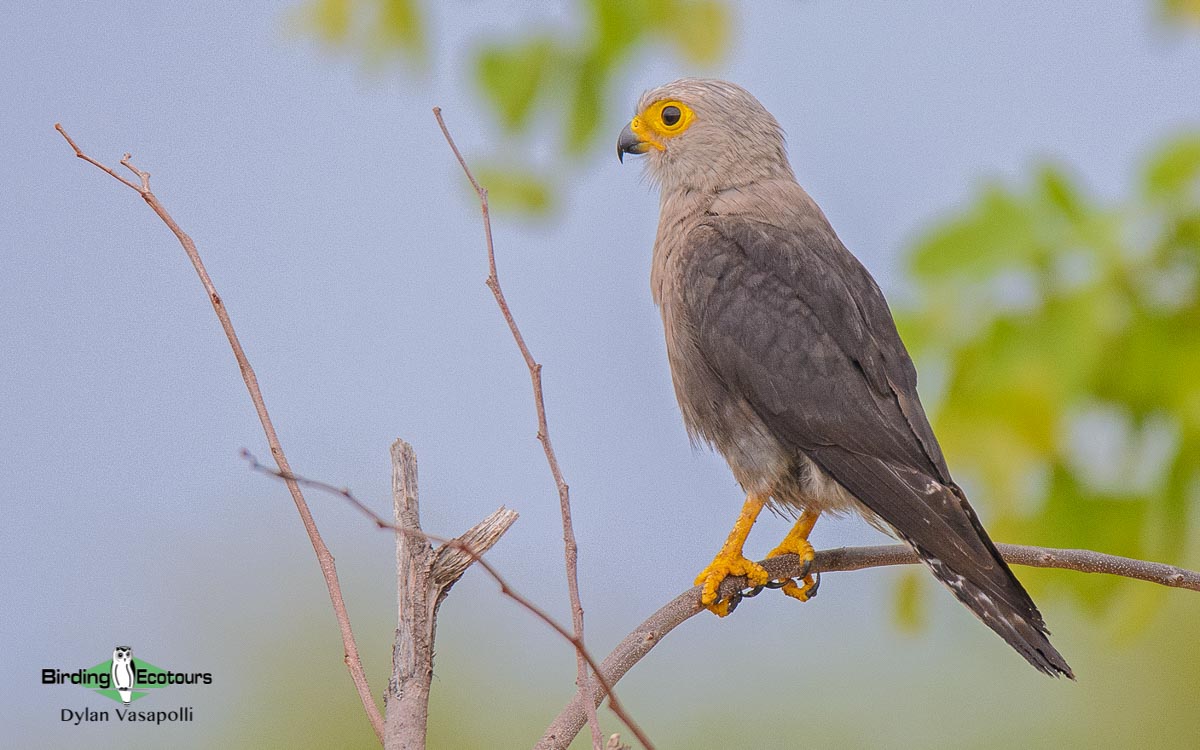 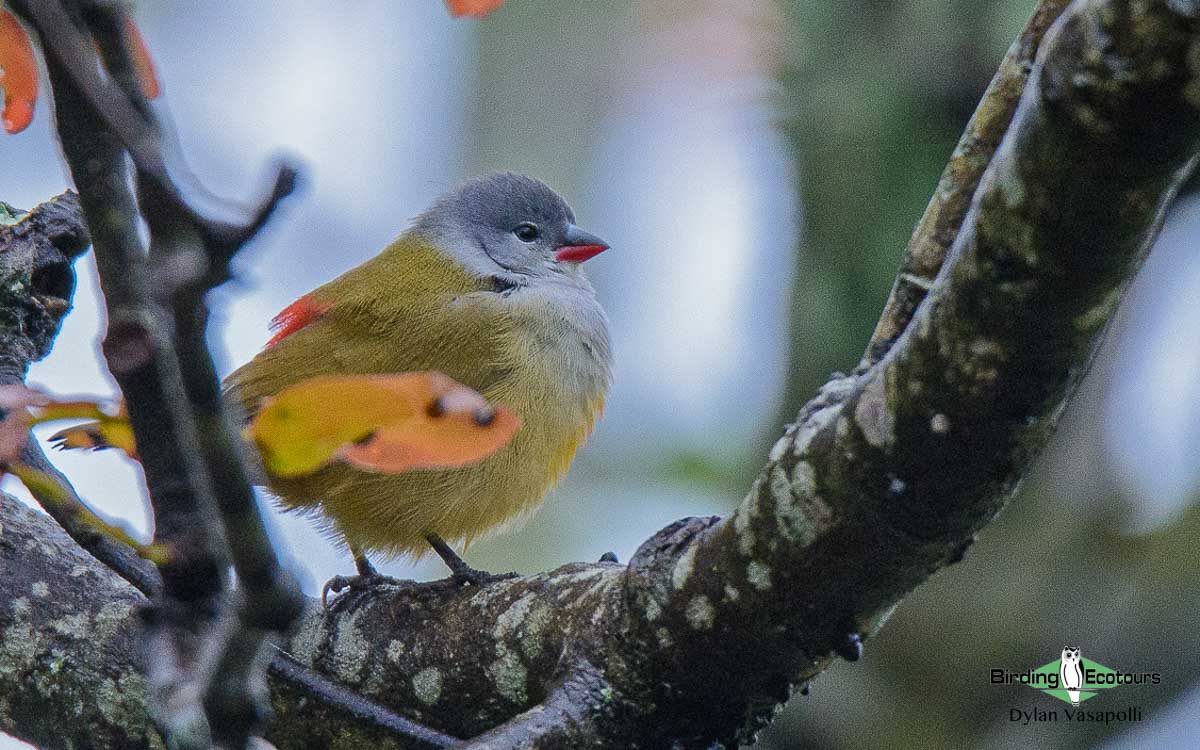 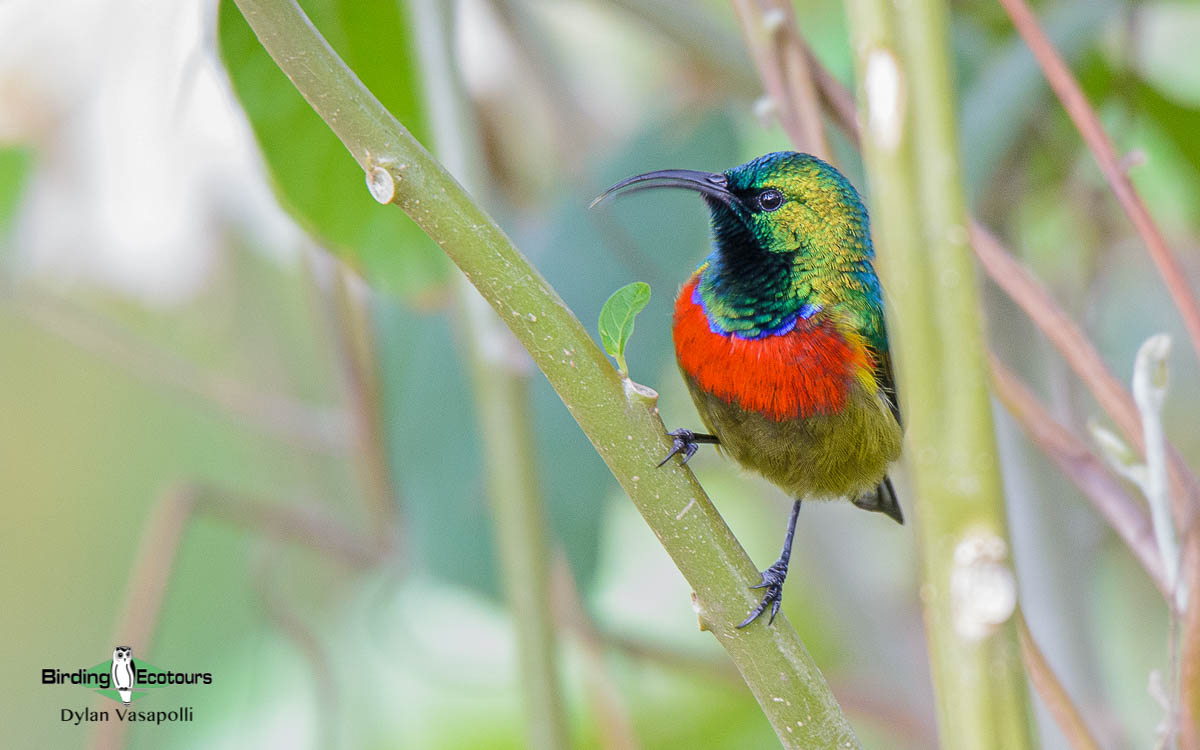 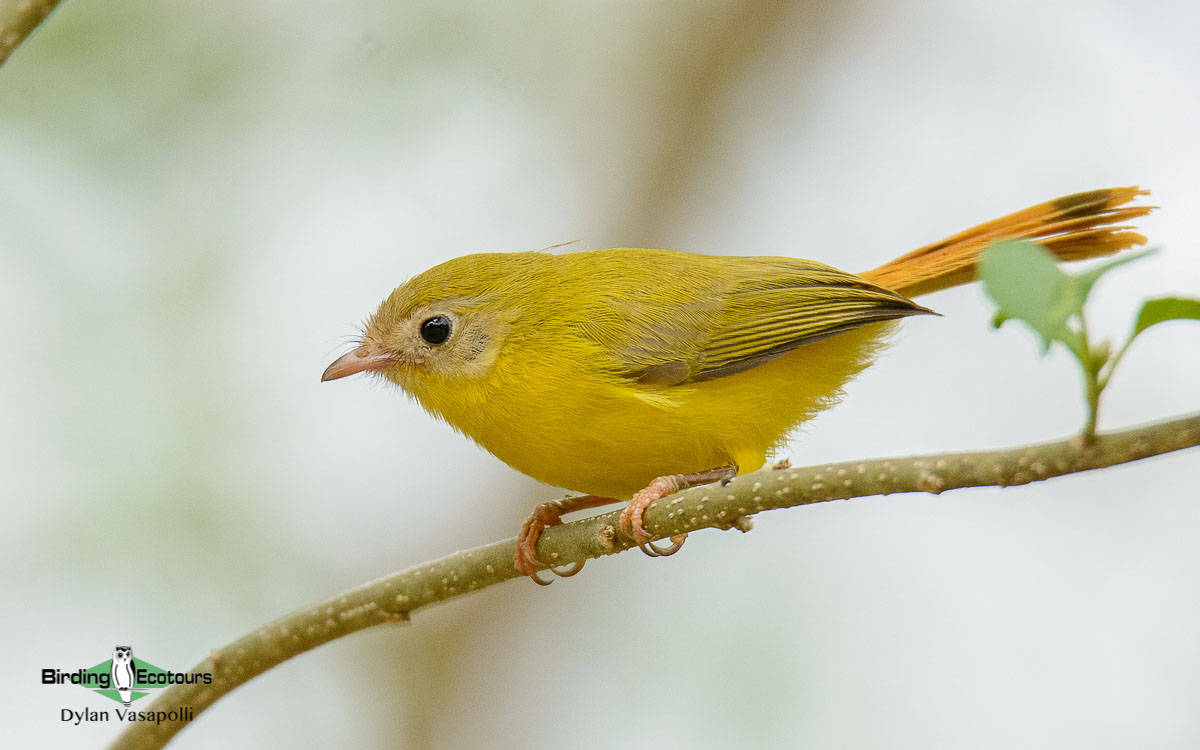 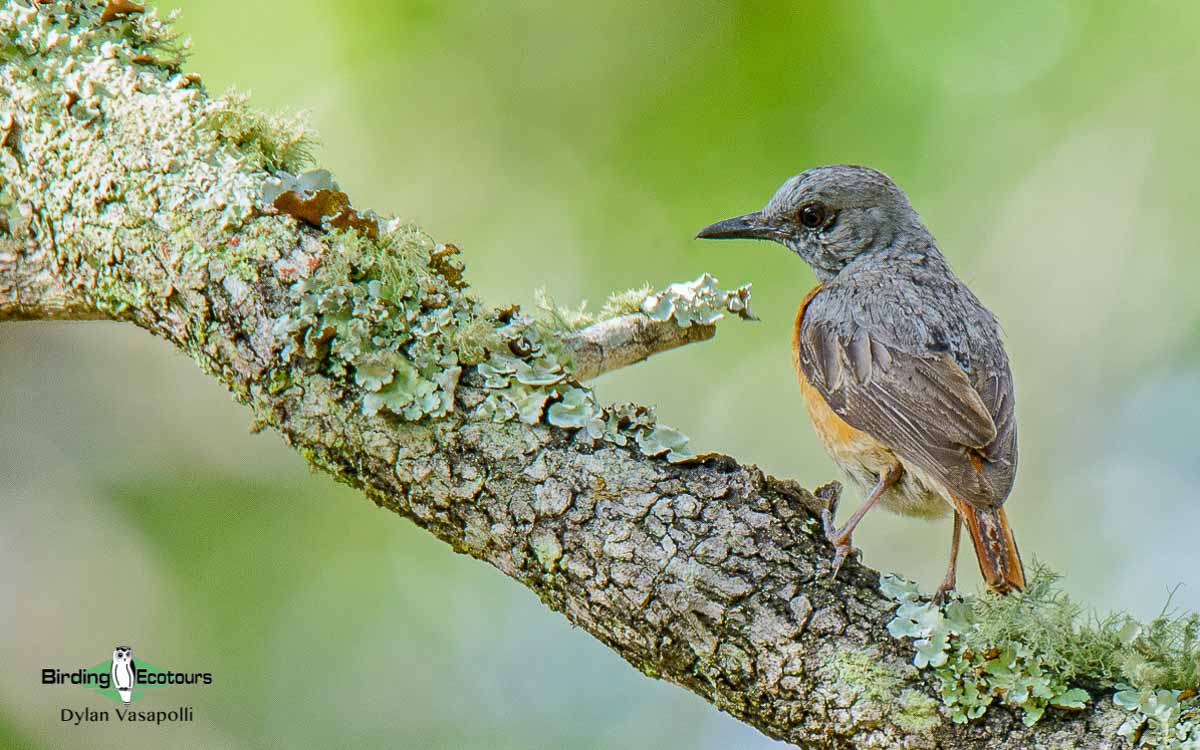 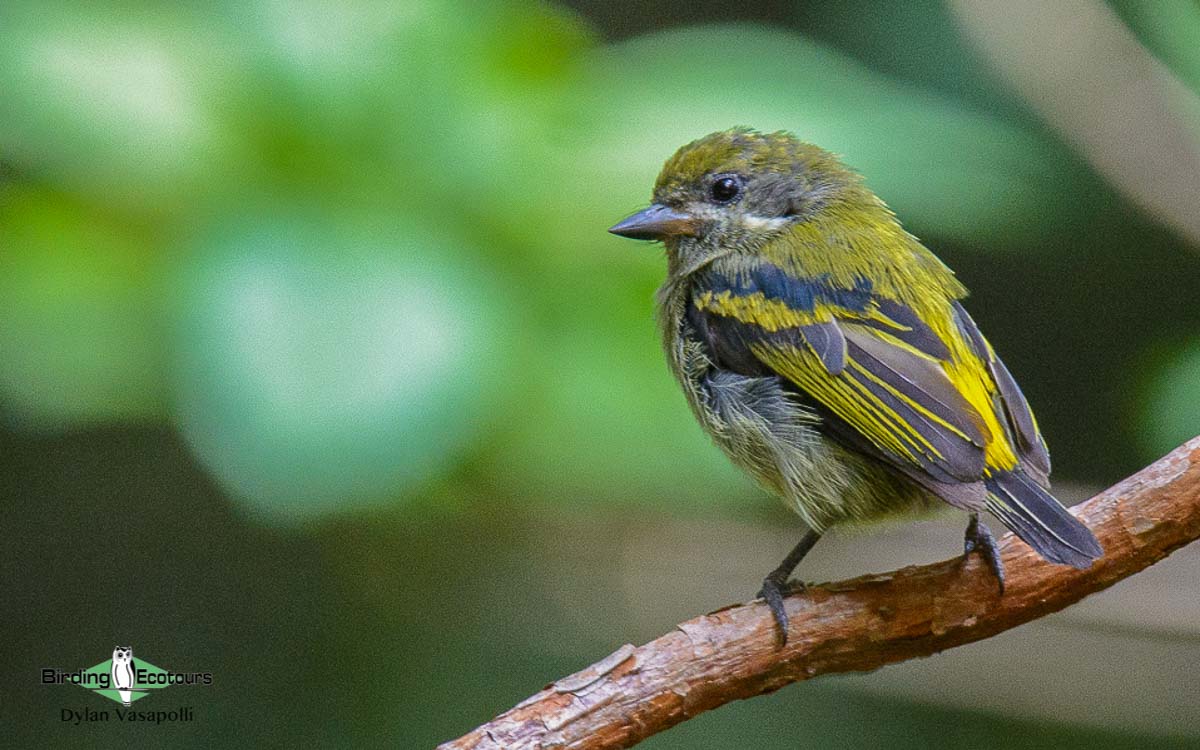 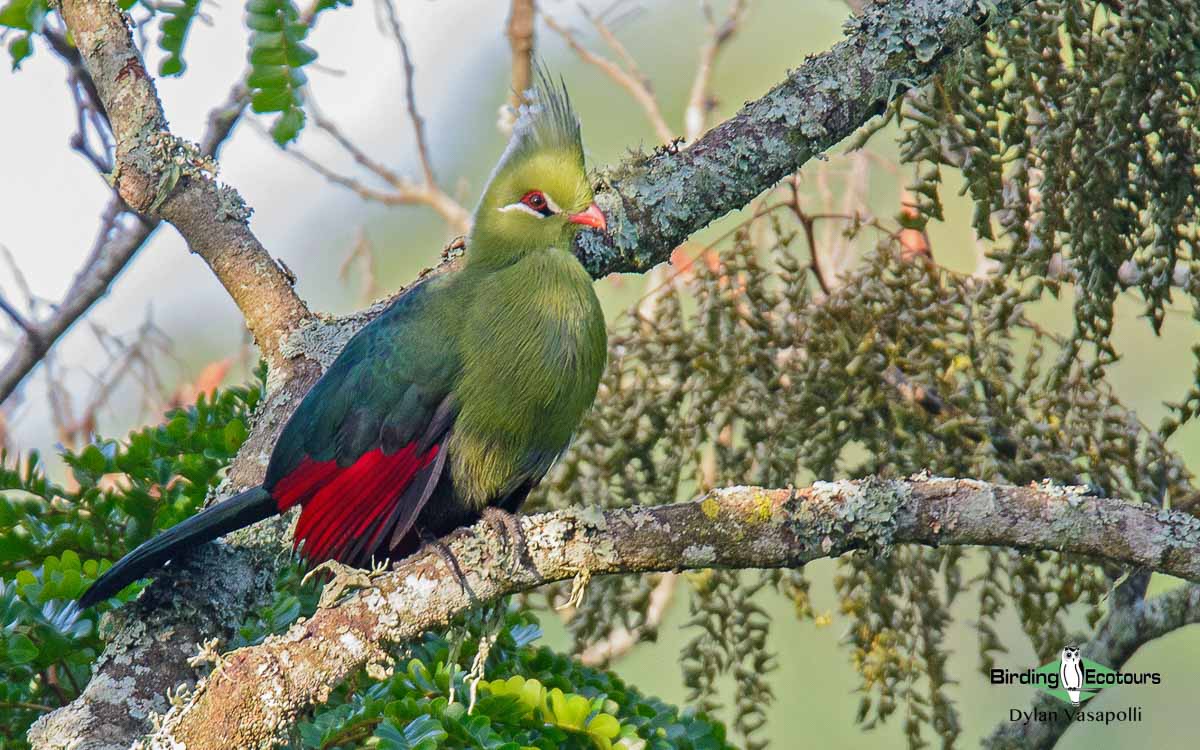 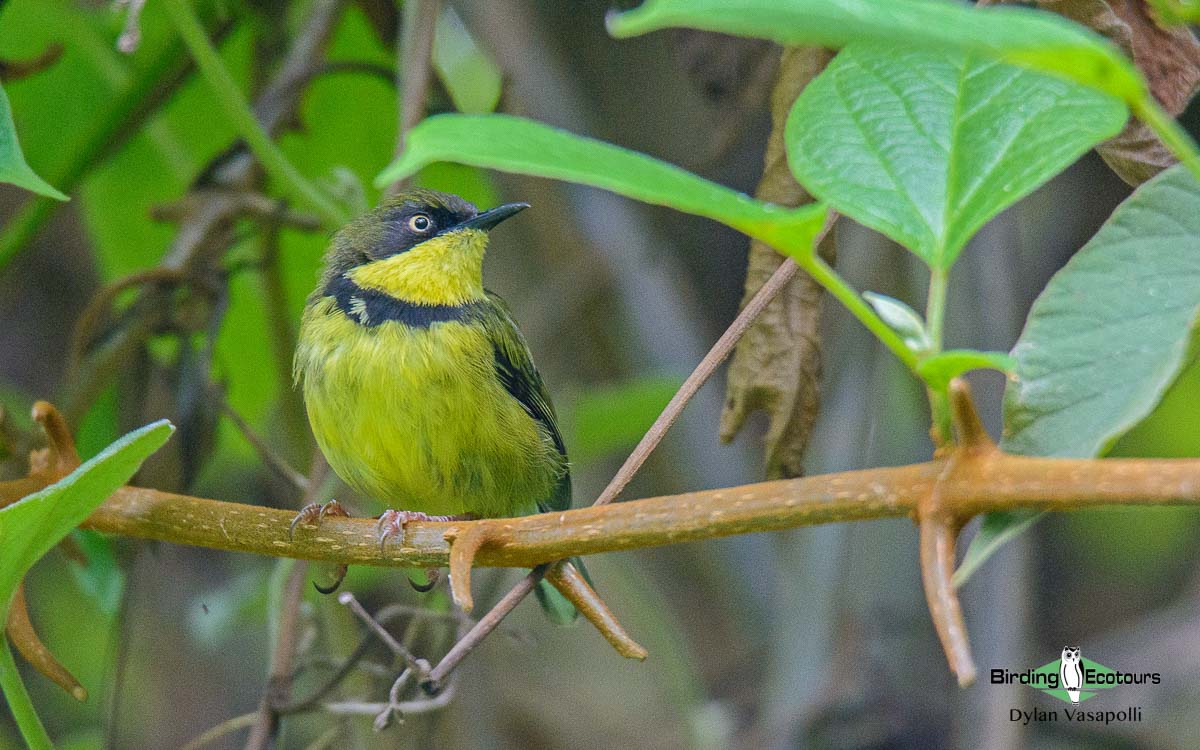 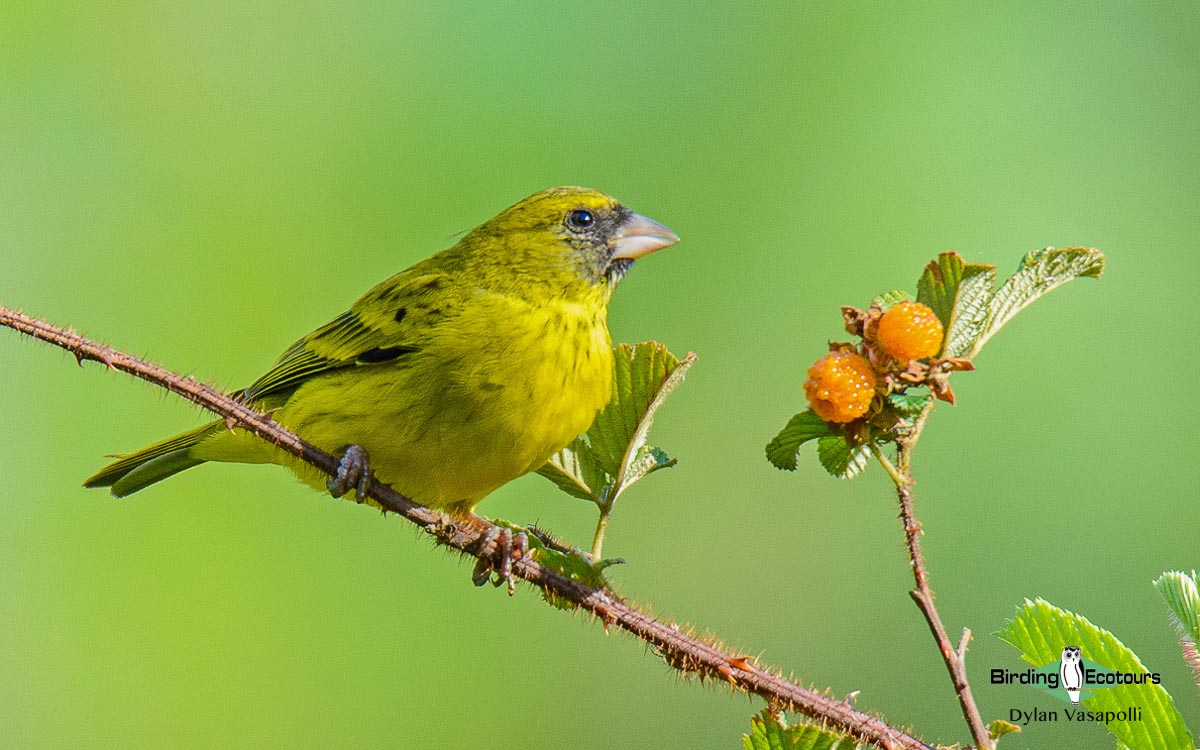 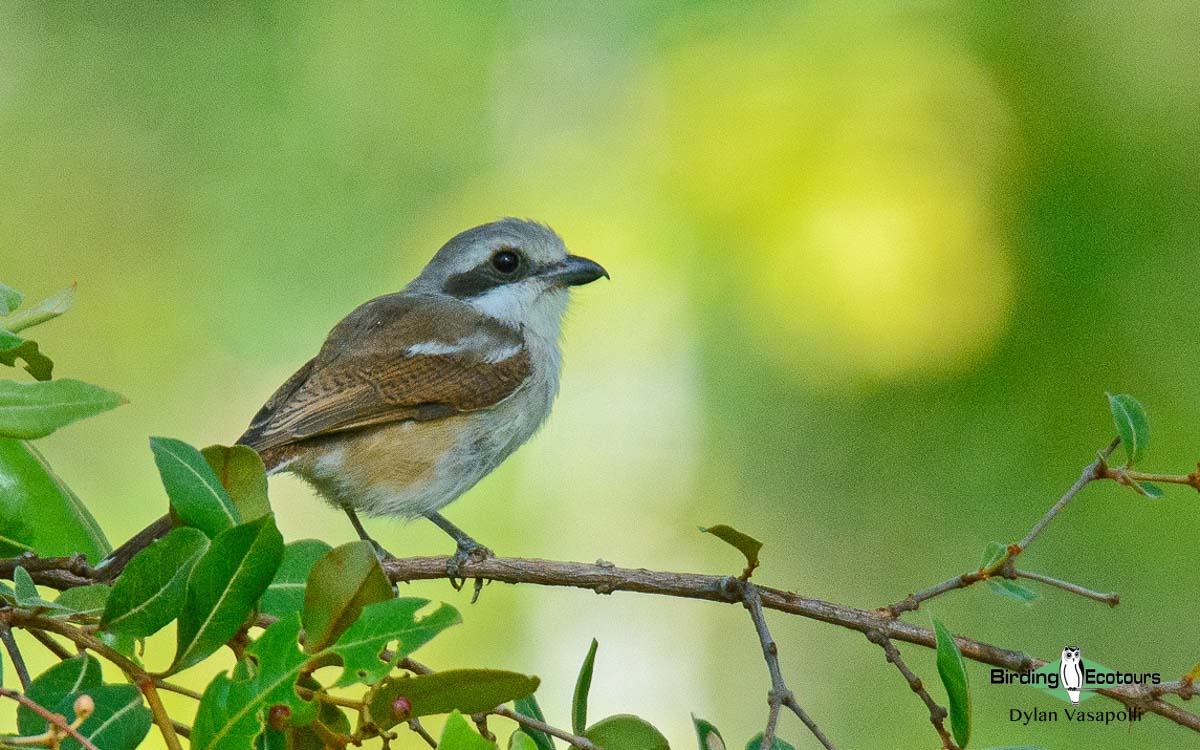 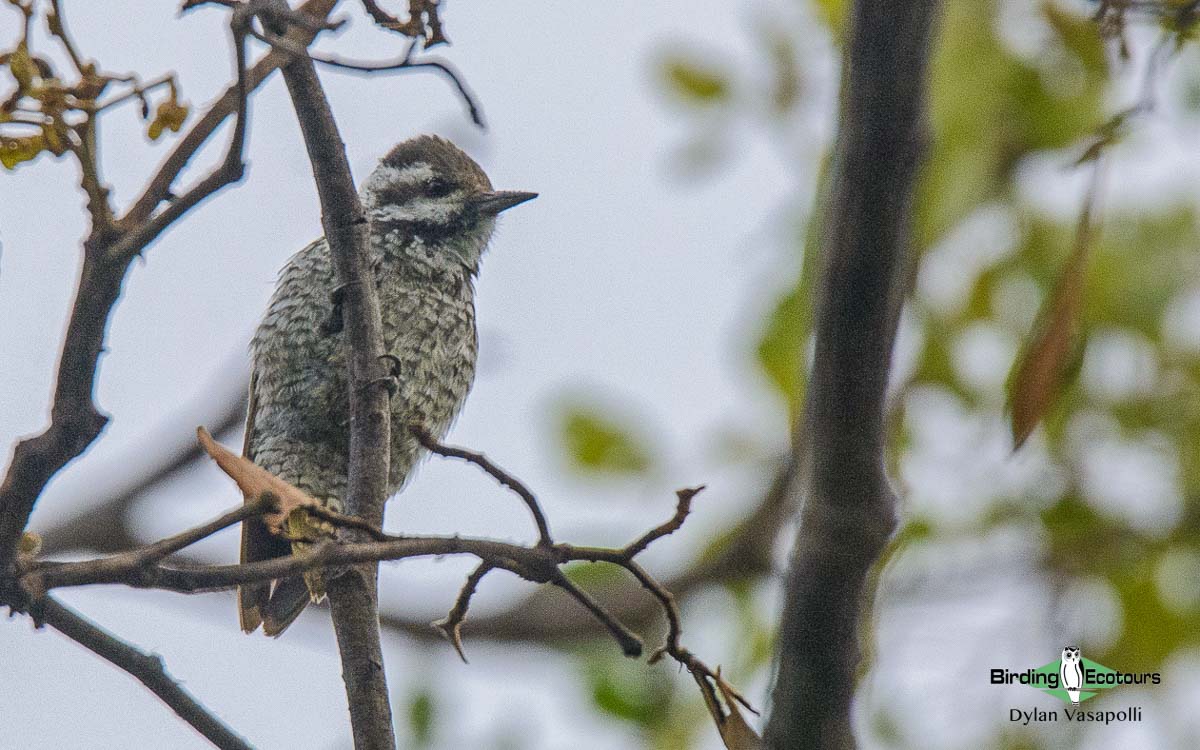 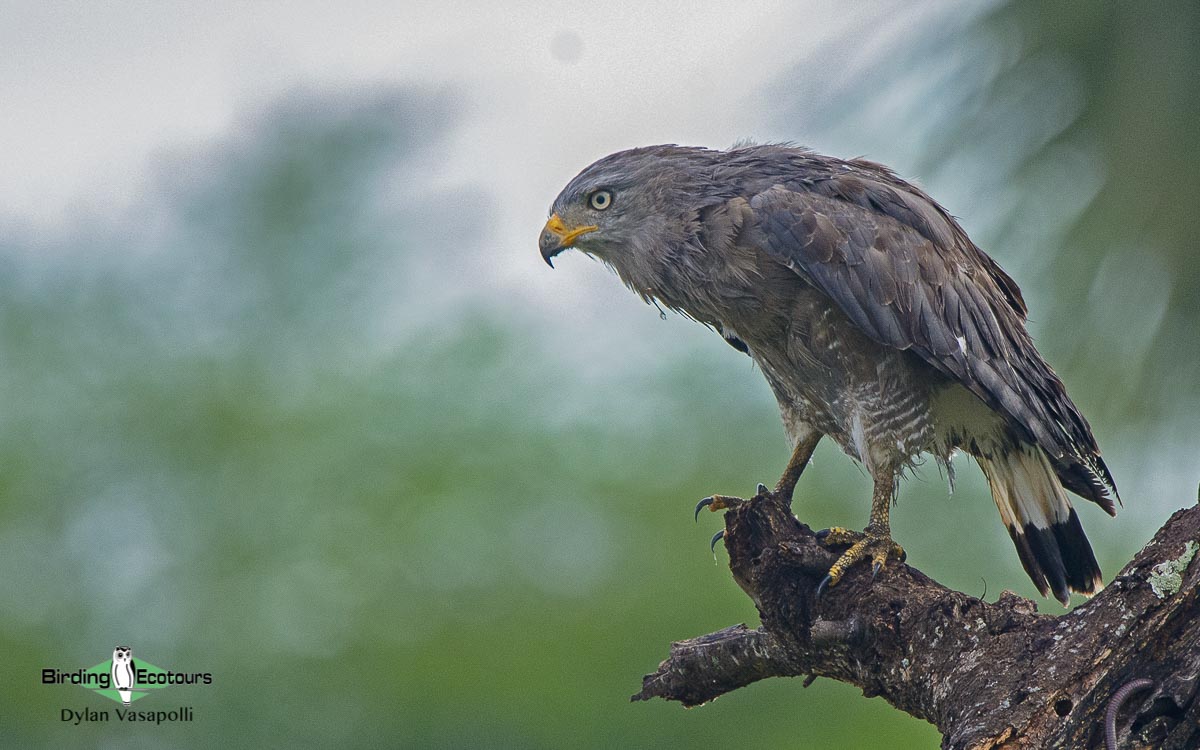 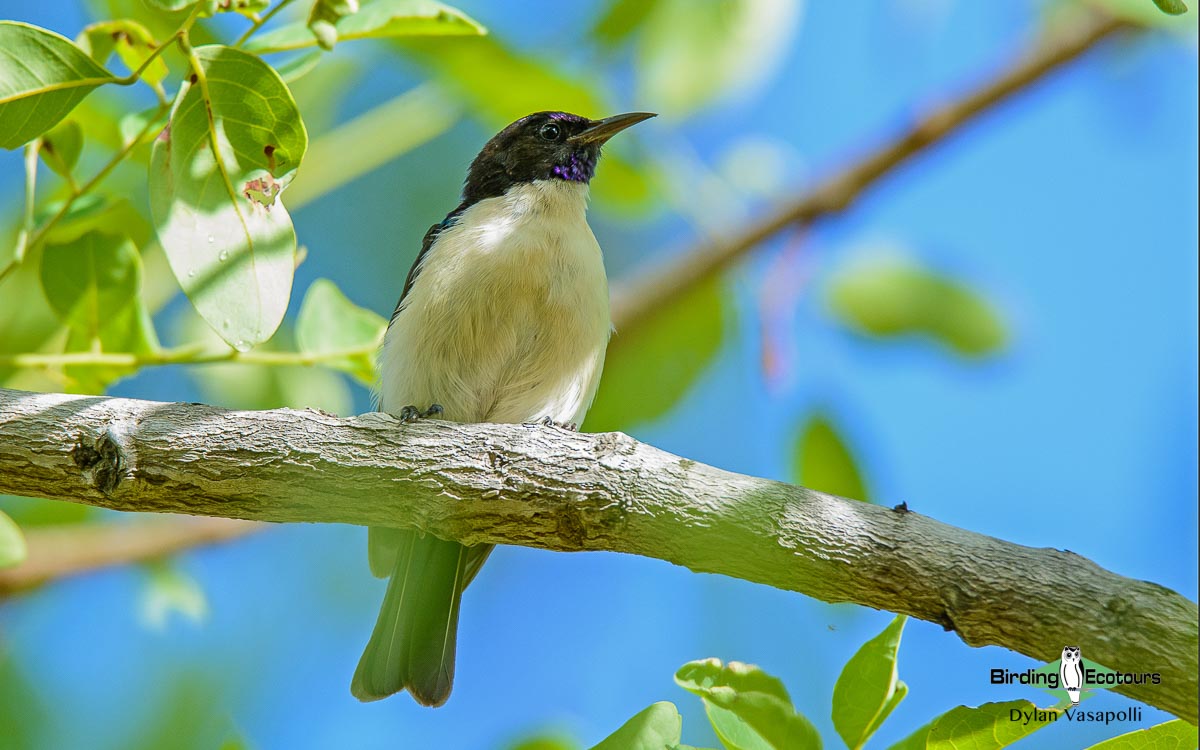 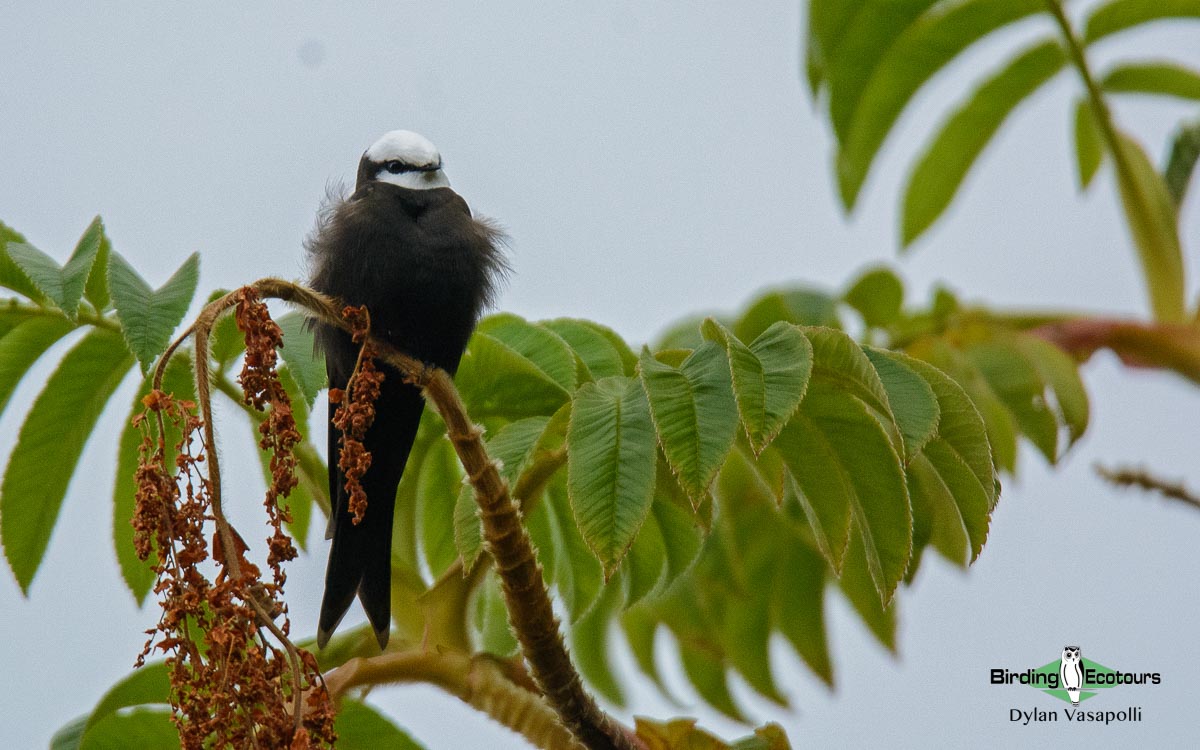 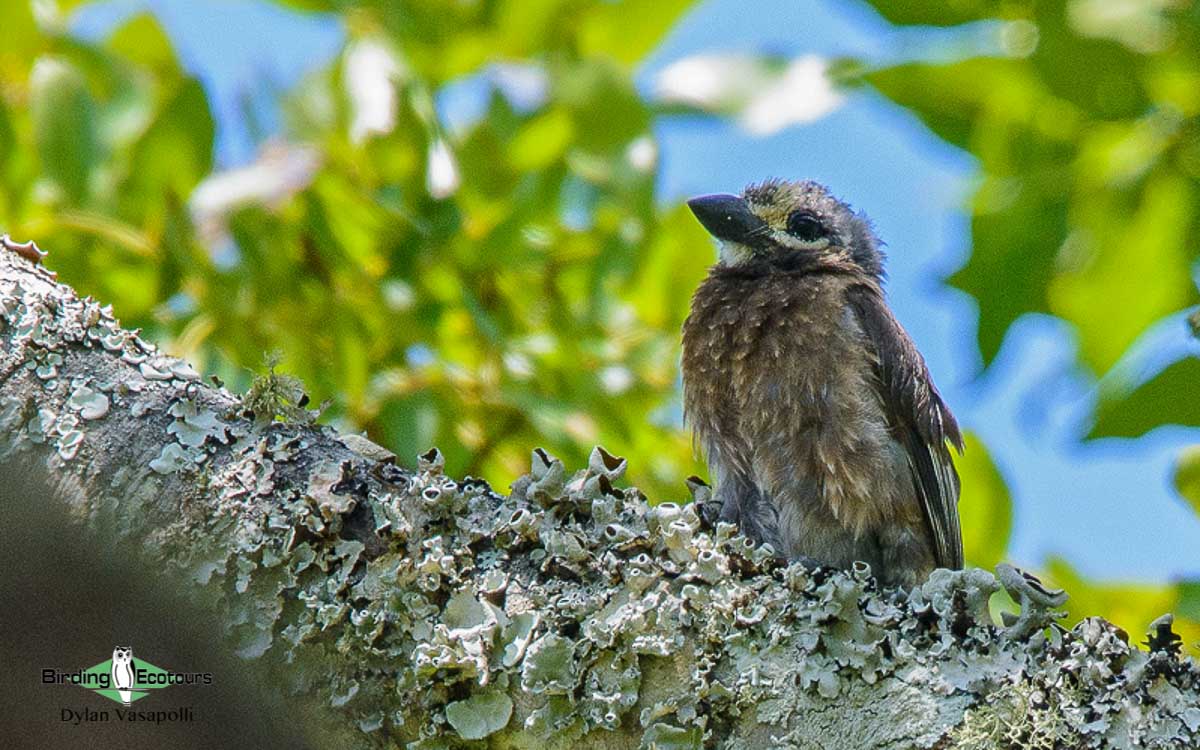 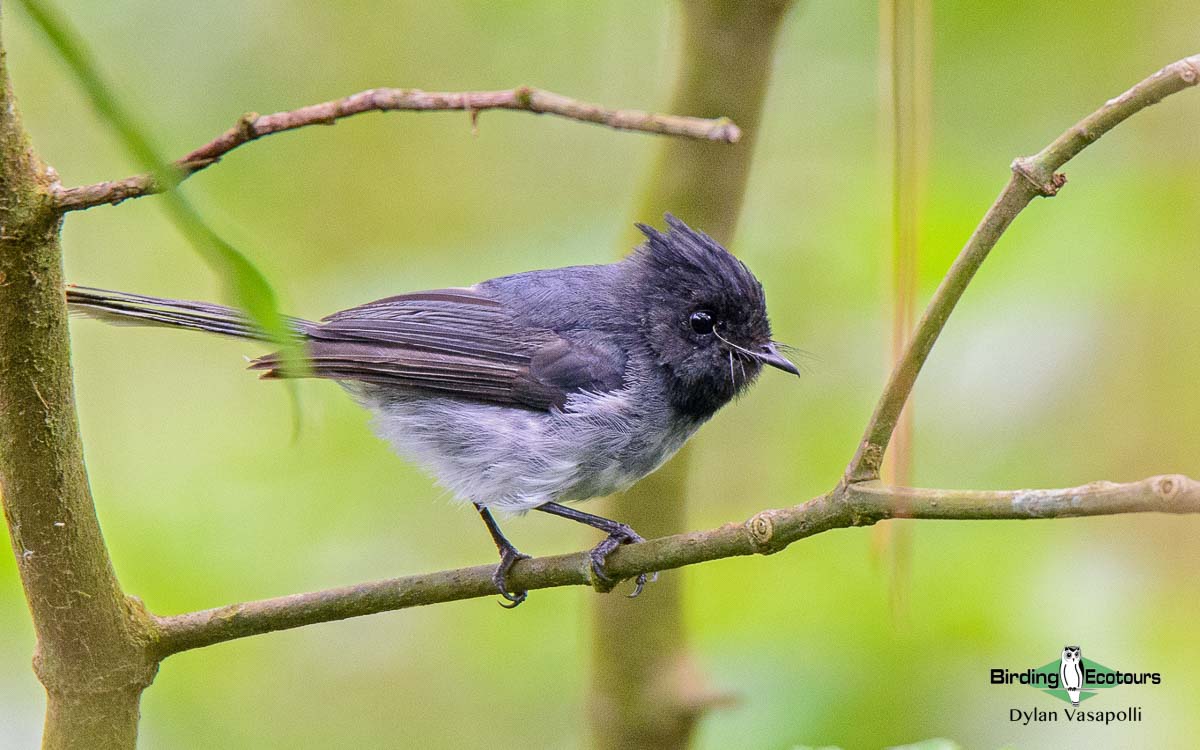 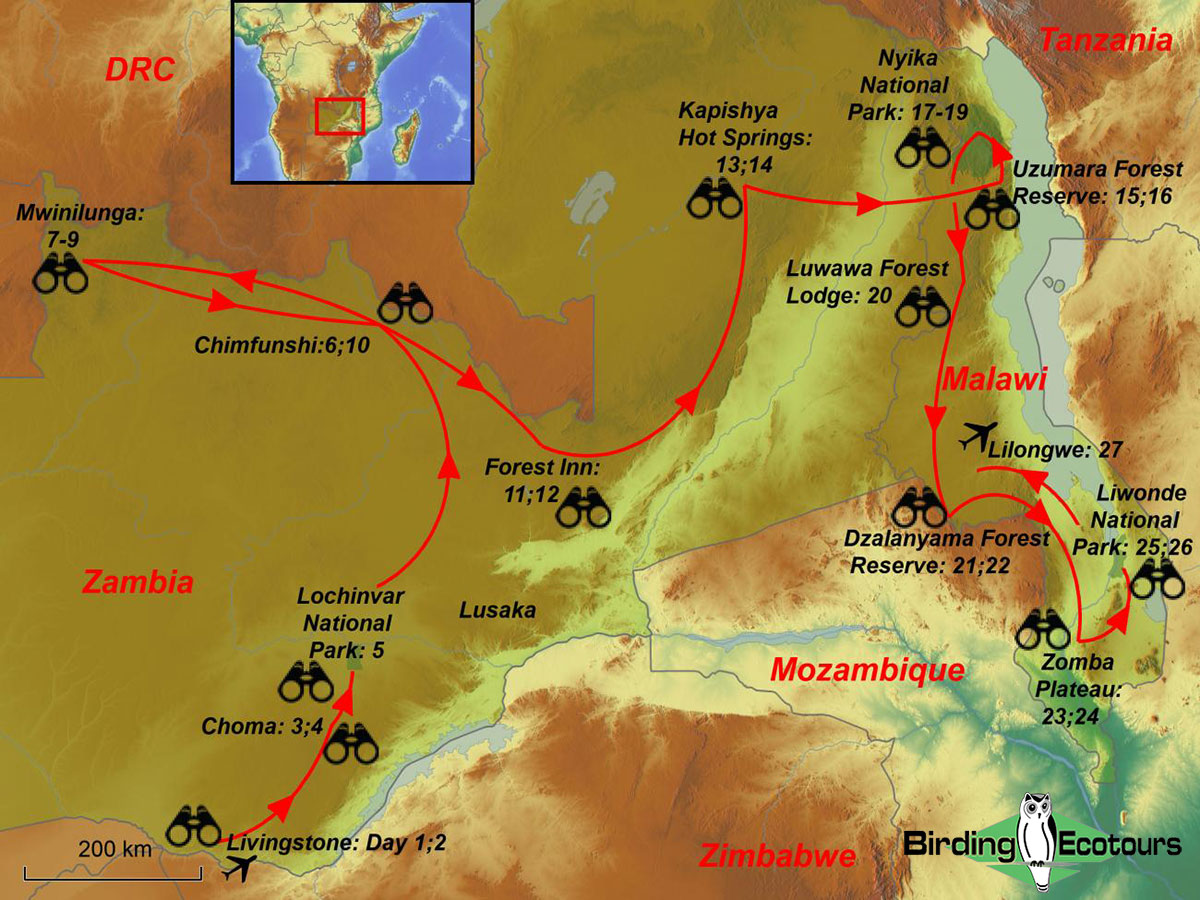